The Big Short (2015): Or Rather, The Great Housing Swindle 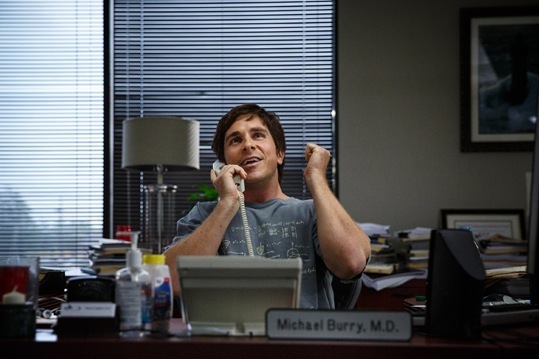 In 1993 I watched a film called And The Band Played On about how ignorance and disbelief allowed the AIDS crisis to spiral out of control and become a worldwide epidemic. It was such a terrifying film that I was plagued throughout the night by night terrors. It was an excessive response, to be sure, but such was the insidious nature of the threat. I remembered that when the credits began to roll at the end of The Big Short and I felt a strange sense of terror and foreboding wash over me. The similarities were there - a bunch of people foresaw the end of the world, tried their best to tell people about it and no one believed them.

The difference between the two films is that the HIV / AIDS epidemic had its basis in biology and disease whereas the worldwide financial crisis starting in 2008 was borne entirely out of greed.

I'm on a kick to see all the Oscar nominated films this year, at least for Best Picture. The Big Short has been nominated for five Oscars including Best Motion Picture and Best Supporting Actor for Christian Bale.

So, without further ado I present my entirely subjective review. 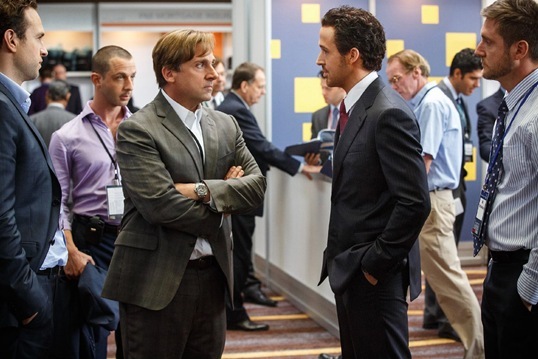 Is it accurate to say that I liked seeing Christian Bale reduced to an unrecognisable man with Asperger's syndrome and (by his own admission) a disturbing inability to maintain eye contact? Probably not but I was very impressed with it and unlike in Black Mass, Bale's onscreen ugliness was justified. It is interesting to see many male actors going for ugly roles of late, from Christian Bale's comb over in American Hustle, to Johnny Depp's repulsive facade in Black Mass, to Matthew McConaughey's older character in True Detective. Women have done it too of course, notably Charlize Theron in Monster, but it seems to me that male actors are more able to do so and not be enduringly remembered as that character.

I digress again. What is it with these rambling, subjective reviews? 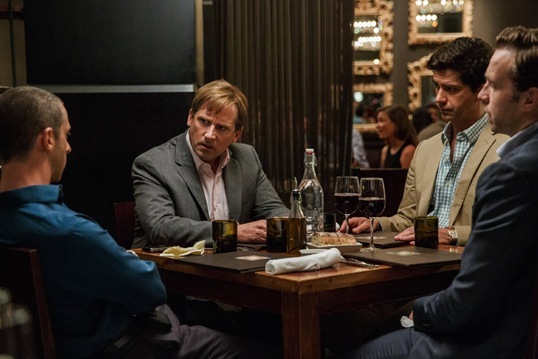 The acting was what makes The Big Short so notable and apart from Bale, there were strong performances from Ryan Gosling (also not his usual pretty self), Brad Pitt, Steve Carell and Jeremy Strong as Vinnie Daniel.

There is a really brilliant sequence in the film where they explain how, following the collapse of the mortgage market, bankers were arrested and brought to book and widespread reforms were rolled out to prevent it happening again. I was thinking how that certainly didn't happen in the UK when scratch... that didn't happen in the US either. In a film that ends with a hint of how it could all happen again, it gives an indication of why I felt a distinct sense of terror during the closing credits.

Indeed, I really enjoyed the story, a lot more than I thought I would as an accountant who can't grasp economics to save her life. There are really cool sequences where guest stars like Margot Robbie (in a bubble bath) and Selena Gomez explain some of the trickier financial terms such as CDOs.

What Could Have Been Better

For a film with complex concepts that needed to be explained in such a cutesy manner, there were some scenes that were simply far too subtle. It took me a while to figure out who was dropping out of the race and who was simply knocked back. It's never good when you reach the end of a film and need to hit Google to get the full story.

Does The Big Short deserve the Best Picture nomination? Maybe but I'd be unhappy if it won instead of The Danish Girl. Does Christian Bale deserve Best Supporting Actor? Possibly.

I'm a bit unsure how to rate this one and like with The Danish Girl, I think I'll leave it without a star rating. Neither warranted three stars but each was slightly problematic and didn't deserve an excellent four star rating either.