Book Review: The Iron Warrior by Julie Kagawa (The Iron Fey: Call of the Forgotten #3) 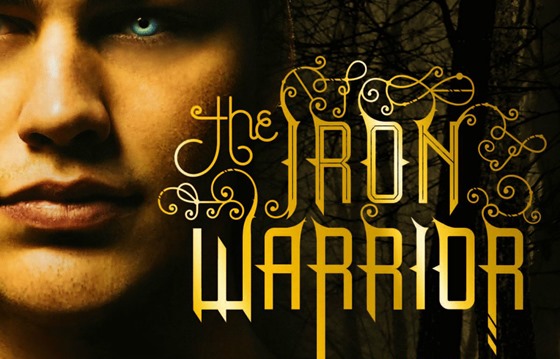 Ethan Chase is in the worst of places. Betrayed in Ireland when his supposed best friend Keirran drove a sword into his belly, Ethan awakes in Mag Turiedh to discover that he has been in a coma for some time. He learns that when he was attacked, he actually died and the Veil between the Faery and human worlds was stripped away, resulting in a moment of chaos and mayhem. Thankfully the amulet he was wearing brought him back from the dead but he is left with quite the mess to clean up.

The Iron Prince betrayed us all.

He killed me. Then, I woke up.

It becomes ever more evident that the steps Keirran took to protect Annwyl are in fact destroying his soul. Following an encounter with the Dryads, Ethan realises that he alone can stop Keirran and so he and Kenzie follow Annwyl to the ends of the Nevernever and past the River of Dreams to try discover a way to save Keirran.

Along the way they pick up some surprising allies in those who were once foes of Meghan and Ash. We learn of the devastation that followed Ash’s quest for a soul and the impact that it had on Faery itself but surpringly those who would once destroy the Iron Queen and her lover are now at their side. Danger and jeopardy follows their every move in this gripping adventure which features a bizarre and surreal interlude in a horror carnival in the Between. 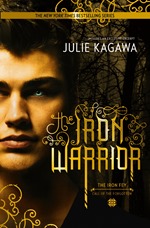 With no end to the bargains and sacrifices to be made, can Ethan reach Keirran before the Courts do and save him from a tragic and inevitable fall?

The Iron Warrior concludes Julie Kagawa’s Call of the Forgotten trilogy and is the seventh and final book in the epic Iron Fey series. It is a bitter sweet experience to read this book as we bid farewell to characters that we have travelled to the end of the world with.

While there were slow parts in the series (The Iron Knight was never one of my favourite books after all), the Call of the Forgotten trilogy was consistently entertaining and fascinating.

I have always liked Ethan – I understood why he was so jaded and respected that he equipped himself with martial arts and weapons training in order to protect himself from the Fey. Despite his years as a loner, he always put Kenzie first and allowed her the space to deal with her illness in her own way.

Even though he is the subject of the book, we actually don’t see much of Keirran in this book at all which is quite a relief given his utter obsession and self-possession in the previous book.

We do get to see more the cait sith Grimalkin which is fabulous, as well as many other characters from the entire series.

For a fascinating ending to an epic series, I give The Iron Warrior by Julie Kagawa five out of five stars and would highly recommend the series to all fans of young adult and paranormal fiction. If you enjoyed Shakespeare's A Midsummer Night's Dream you might be pleasantly surprised to reunite with his characters again.