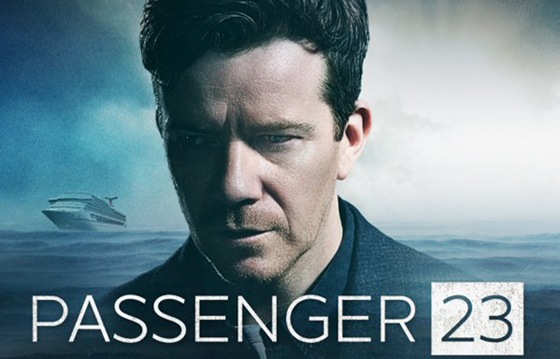 Every year an average of 23 passengers disappear from cruise ships without a trace.

This is the first time one has come back.

The problem is that the young girl Anouk is too traumatised to speak despite evidence that something terrible happened during her disappearance.

Martin Schwartz is an undercover detective working in Berlin. Left devastated following the loss of his wife and son on a cruise ship five years earlier, Martin is free to take the more dangerous and seedy cases as required of him by the police force. He has nothing to lose.

Martin never wanted to set foot on board a ship again, nevermind the ship from which his wife and child disappeared but then he receives a phone call he can’t ignore. On board the Sultan of the Seas as it sails to New York, Martin begins to investigate Anouk’s reappearance as well as the strange circumstances surrounding the assumed suicide of his wife and son.

What he uncovers is a web of child abuse and murder, a killer who will stop at nothing to exact revenge on those deemed guilty of the most depraved of crimes. Time is running out for Martin but can he solve the crimes before he is the next to go overboard? 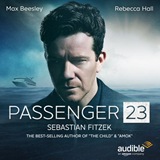 Passenger 23 is a novel by Sebastian Fitzek and the third of his novels to be translated from German into English and dramatised for Audible. Like The Child and Amok, Passenger 23 is narrated by Robert Glenister and features an all-star cast including Max Beesley (Hotel Babylon) as Martin, Anthony Head (Merlin) as ship captain Daniel and Rebecca Hall as Elena.

I thoroughly enjoyed this dramatisation which was brought to audio by Johanna Steiner and was thrilled to recognise Anthony Head’s distinctive voice.

Fans of Sebastian Fitzek will notice certain themes in his writing including child abuse and exploitation, teenagers running riot and bad mothers but even then it has to be said that the storyline in Passenger 23 is dark. From the very first chapter, Martin Schwartz is working to apprehend the very worst criminals in society, people who would take a boy off the streets and return him to those very streets once they’ve made use of him.

While I enjoyed the plot and especially the resolution, it is certainly possible that this book might be too dark for many readers.

Nevertheless, if you can stomach the subject matter, Passenger 23 is fast-paced and fascinating. Taking place almost entirely on board the Sultan of the Seas, this is a claustrophobic and terrifying thriller that will have you listening way into the night.

I give Passenger 23 an excellent four out of five stars and would especially recommend listening to the Audible dramatisation.