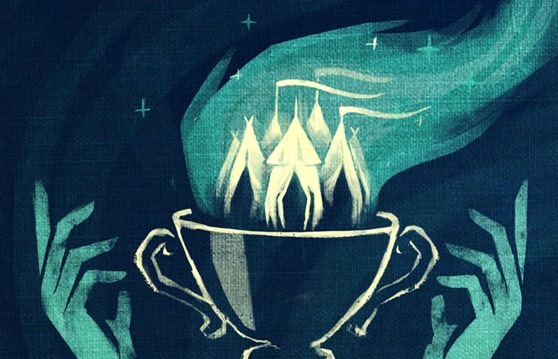 It is some time now since the magical world of JK Rowling’s Harry Potter series first took the world by storm. Many fans have read the books, seen the films and visited the theme parks and it is indeed rare to discover somebody who has had no exposure to the world of Harry Potter in the past decade.

Back in September when I was visiting the Warner Bros. Studio Tour in London (for the third time), I decided that it would be a brilliant idea to listen to all the Stephen Fry-narrated Harry Potter audiobooks again (also for the third time). It made perfect sense in that I’ve also read the books three times and seen the films so many times I’ve lost count.

See, the books are superb – they are the original canon and entrance to a world far beyond the wildest of imaginations, except for JK Rowling’s of course. The films were also brilliant, faithful to the books to such an extent that I experienced déjà vu during the final two-part Harry Potter and the Deathly Hallows; it was exactly how I’d pictured it when reading the book.

But the audiobooks are something else entirely.

Stephen Fry narrates the books faithfully and there is a lot of ‘he said” and ‘she exclaimed’ but nevertheless Fry makes the books come alive in his narration. He steps into each of the characters so well that you know long before the end of the paragraph who it is that is speaking or exclaiming or declaring. His voice for Minerva McGonagall is especially distinctive, as are the voices for Ron, Dumbledore and Snape.

When you combine the natural storytelling abilities of Stephen Fry and JK Rowling, something magical happens and once again you are lost in a world of magic wands, potions and curses.

There is so much that happens in the books that had not appeared in the films and so much that as a reader one might have glossed over and so listening to the audiobooks is almost as epic an experience as reading the books for the very first time. I especially enjoyed the scenes with the Dursleys in the opening chapters of the books and appreciated their cruelty more than ever on this latest listening experience.

The good news is that the Harry Potter audiobooks are finally available on Audible and the audiobooks are getting brand new covers to mark their release. How cute are these?

The Stephen Fry-narrated Harry Potter audiobooks are available from just £17.99 each or £7.99 with an Audible membership. Remember that when you sign up for an Audible membership, you get one audiobook free and will enjoy one or two free audiobooks a month depending on your membership. Better yet, once you’ve purchased an audiobook, you are free to listen to it again and again to your heart’s desire. That is approximately once every two years in my case.