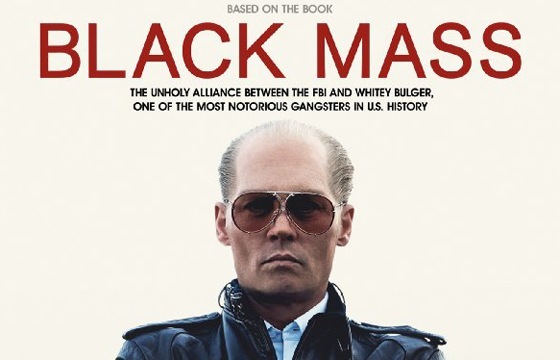 In the early 1970s, South Boston was a haven for organised crime but something in the synergy of competing syndicates served to keep those gangs in check. That was until James ‘Whitey’ Bulger struck a deal with FBI agent John Connolly to take out the opposition. What followed was a 20 year period of crime and bloodshed that culminated in Whitey Bulger taking top position on the FBI’s most wanted list.

Directed by Scott Cooper (Crazy Heart) and based on the book by Dick Lehr and Gerard O’Neill, Black Mass is the story of Whitey Bulger, brother of state senator Billy Bulger and the most violent criminal in the history of South Boston. 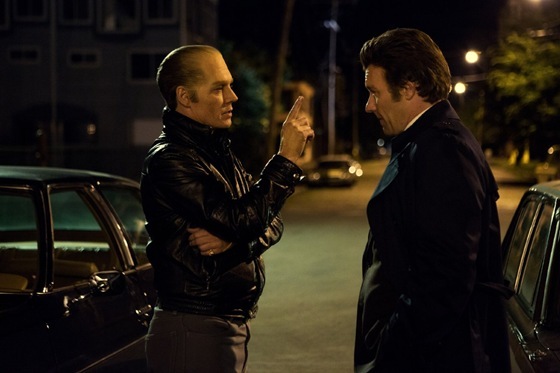 Black Mass is a gritty, ugly film. In reality, James ‘Whitey’ Bulger was not actually as ugly as he was made out to be in the film; his eyes weren’t as unsettling and his complexion nowhere near as uneven. Yet despite the film’s ugliness, the writers didn’t portray the worst of Bulger’s crimes. Whitey is shown to respect the aged and to rebuke Stephen Flemmi (Rory Cochrane) for his relationship with his step-daughter yet there are pervasive rumours that Flemmi and Bulger got teenage girls hooked on drugs before sexually exploiting them. I’m sure their grannies wouldn’t have appreciated that.

In a way, the film also glossed over some of Whitey’s most heinous crimes. He funded and supported IRA terrorist activity abroad, for goodness sake, and he was a volatile sociopath at the best of times.

What Black Mass does well then, in terms of plot, is to highlight how Bulger was able to manipulate those around him to near fanatic loyalty and he often did this by stepping in and standing up for them when no one else would.

John Connolly (Joel Edgerton) couldn’t let go of one childhood incident where Whitey stood up for him in the face of bullies and at one point his wife Marianne remarks at how he allows this one moment of kindness to influence his current actions to the detriment of his career and family life. Likewise, Kevin Weeks (Jesse Plemons) was loyal to Whitey to the very end, choosing to believe him when he said that news of him being an FBI informant were slander.

The cast of Black Mass were truly impressive. Johnny Depp is unrecognisable as James ‘Whitey’ Bulger, complete with watery blue eyes, mottled skin tone, receding hairline and bald patch. Gone is the usual campiness of a Johnny Depp role and in its stead is a man who becomes increasingly brutal and power hungry the more personal loss he experiences. There was only one moment in the entire film that I recognised Depp, when he was lying on his back staring at the ceiling, and even that was a fleeting glimpse.

Benedict Cumberbatch and Kevin Bacon gave impressive performances in two remarkably similar roles. FBI supervisor Charles McGuire (Bacon) is initially keen to believe in John Connolly’s vision but soon begins to see the error of his ways and Billy Bulger is keen to support his brother despite realising that he has to distance himself from his criminal activities.

The film really begins to deliver in the performances of the supporting cast. Julianne Nicholson (Boardwalk Empire) is stunning in her role as Marianne, wife of John Connolly, most notably in the disturbing scene with her and Whitey in the doorway of her bedroom. Dakota Johnson plays Lindsey Cyr, mother of Bulger’s deceased child Douglas. She too gives a strong performance as the woman who stands up to Whitey in the face of his grief-stricken fury.

Does Black Mass glorify Whitey’s reign of terror? I think it does but not intentionally. It does redeem itself right at the end where the audience is lead to believe in one outcome before discovering what really happened. In that single moment the film delivers its message and we see the tower of cards come tumbling down.

Black Mass is thoroughly entertaining and a fine film to add to Johnny Depp’s repertoire of identity-bending roles.

I give Black Mass a superb five out of five stars.