Digitally Restored: The Happiest Days of Your Life (1950) on Blu-ray 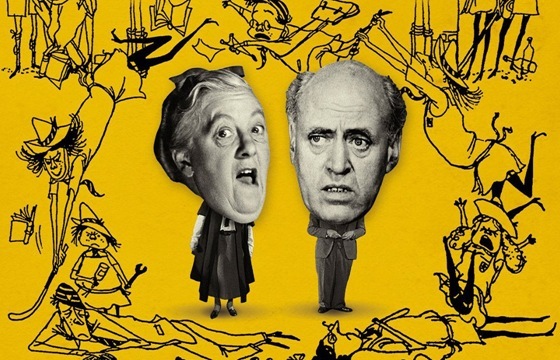 Nutbourne College, 1949. They say that your school days are meant to be the happiest days of your life but that theory is tested to the limit at Nutbourne College when the headmaster and teachers realise they are expecting twice as many students as they had previously thought. As they search frantically for a means to accommodate this influx of students, they miss perhaps the most vital piece of information of all: the new students are girls from St Swithin's Girls' School.

Horror of horrors, St Swithin’s has been billeted at Nutbourne College due to a mix up at the Ministry of Schools. With hostilities increasing between the mortified headmaster and headmistress, hilarity ensues and romances blossom. The situation comes to a head when parents and school governors arrive at the school on the same day and the warring heads realise they will have to work together to avert catastrophe. 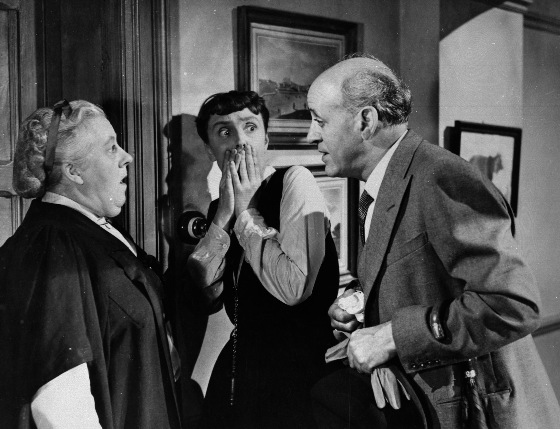 The Happiest Days of Your Life is very funny and I loved the reversal of traditional roles. The headmaster and male teachers think the power is in their hands but they come across as hapless in the face of the girls’ school teachers. It was also interesting to see how many allusions there were to popular culture, the best one being a young boy who begs to eat no more of the terrible porridge that the Home Economics girls prepare, a clear nod to Oliver Twist.

Directed by Frank Launder, The Happiest Days of Your Life is one of the most loved of all British comedies and was the precursor to one of the longest running comedy franchises, St Trinian’s. It stars Margaret Rutherford as St Swithin’s headmistress Miss Whitchurch, Alastair Sim as Nutbourne headmaster Wetherby Pond and also features Guy Middleton, Joyce Grenfell and Edward Rigby. 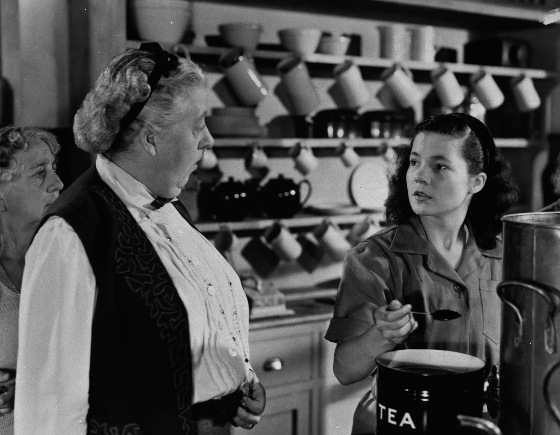 The Happiest Days of Your Life is the latest classic film to benefit from a full digital restoration and is part of the Vintage Classics collection which showcases iconic British film and delivers brand new extra content that has never been seen before. 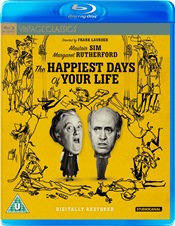 The digital restoration itself is superb. Despite being in black and white, the quality of the picture and sound is excellent. I could barely believe that I was watching a film that was made in 1950. Both The Happiest Days of Your Life  and The Third Man, which I reviewed in July, are released by StudioCanal and the quality of these releases is really kindling an interest in old films for me.

I give the digital restoration of The Happiest Days of Your Life a superb five out of five stars and recommend it to both fans of the original film and those, like me, who are fairly new to the idea of watching classic films.

You can buy the digitally restored version of the film on Blu-ray from Amazon.co.uk: Happiest Days Of Your Life [Blu-ray]