TV Review: Doctor Who - Under the Lake

Doctor Who continued this week with an explosive episode and an unexpected cliff hanger. Well, I’m sure that there are those people who were paying attention and knew this week was the first part of a two-parter but I certainly wasn’t expecting it. What I was expecting was very creepy ghosts and “Under the Lake” certainly didn’t disappoint.

The episode kicks off at The Drum Underwater Mining Facility in Caithness, Scotland, 2119. The T.A.R.D.I.S. is not happy and it doesn’t take us long to realise why when we meet a Killer Bunny Rabbit Ghost in a Top Hat (that’s what he looks like to me, anyway).

Of course, The Doctor confidently tells us that ghosts don’t exist, until they do of course and then they are real and they are hell bent on killing everyone else at the facility.

This recap won’t be as full of spoilers as the previous two reviews but if you haven’t seen the episode, I would still proceed with caution.

*** Spoiler warning. Mild spoilers ahead: proceed with caution if you have not watched Doctor Who – “Under the Lake” *** 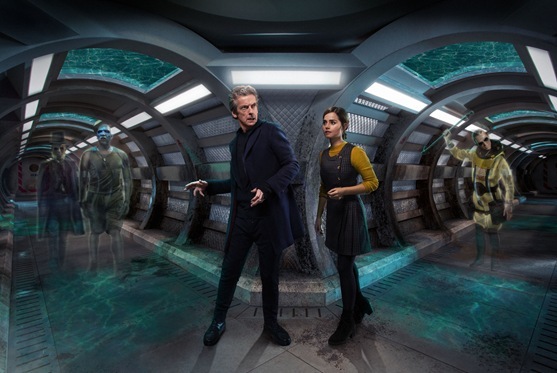 I knew from the minute we saw the teaser at the end of “The Witch’s Familiar” that I was going to love the baddies in “Under the Lake”. Despite his resemblance to a killer bunny rabbit, I loved Prentis (Paul Kaye), the ghost in the top hat. We find out that he is from the planet Tivoli, revealed in “The God Complex” as the most conquered planet in its galaxy, so we have to wonder what turned him from being so welcoming and lovely to becoming a killer.

I loved the genuinely scary way Prentis rose from beneath the floor, materialising without warning and the menacing way in which the ghosts were hanging vertically from the walls in the cafeteria scene.

The Empathy Cards were such a fantastic idea and further evidence of how far The Doctor is straying from the Timelord he had come to be under Christopher Eccleston and David Tennant. Interestingly enough, the Doctor we met in 1963 was completely devoid of human empathy and understanding. I loved that even with the help of the cards, he couldn’t get it right!

The concept of the coordinates and the dark (of space), the sword (of Orion), the forsaken (and abandoned ship) and the underwater temple was simply brilliant. I also loved the idea of words that couldn’t be translated by the T.A.R.D.I.S. and the idea of magnets. I loved that writer Toby Whithouse (Being Human) created an intricate puzzle of clues and took the audience along on his journey of discovery.

In fact, I loved the whole of Toby Whithouse’s script and was thrilled to see so much banter and witty one liners in “Under the Lake”. I thought we were going to miss Missy but it turns out we needn’t have worried. 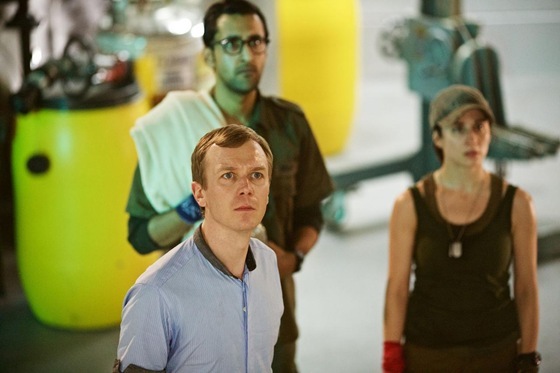 There were some fantastic guest stars in this episode. I loved Steven Robertson in his role as Pritchard. The last time we saw Robertson was in his role as Mr Rook in Being Human – "War Child". I also liked Morven Christie in her role as O’Donnell and loved the inclusion of deaf actress Sophie Stone. Stone is a fine actress with an incredible range of expressions.

I was highly amused when The Doctor assured Clara that he would simply go back in time and save the day. The thing is, he lied. He doesn’t go back in time at all well and has never been able to hit the mark in terms of accuracy (just ask Amy Pond about that).

Finally, I was completely blindsided by the unexpected ending as I was not expecting a cliffhanger. I can’t wait for next week’s episode now. 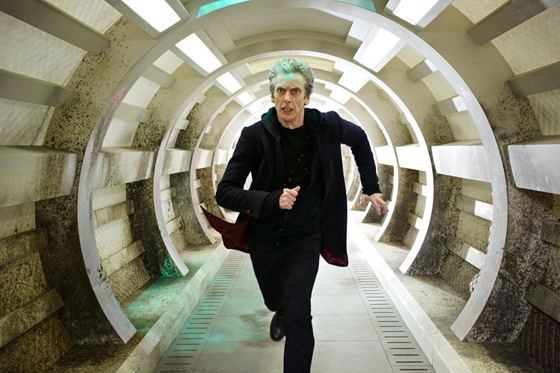 Notable “Under The Lake” Quotes

I thought that we were going to miss Missy and all of her witty one liners but there was no shortage of quotable quotes in “Under the Lake”.

“Right, I didn’t expect that. Hands up, who expected that?” – The Doctor

“So who’s in charge now? I need to know who to ignore” – The Doctor

“I’d like to take a look at that spaceship but what about those things that aren’t ghosts?” – The Doctor

“No, it’s okay. They only come out at night” – Alice O’Donnell

“Wait a minute, you just raved about ghosts like a kid who’s had too much sherbet” – Clara

”The dark, the sword, the forsaken, the temple” – The Not Ghosts

“Surely just being around me makes you cleverer by osmosis?” – The Doctor 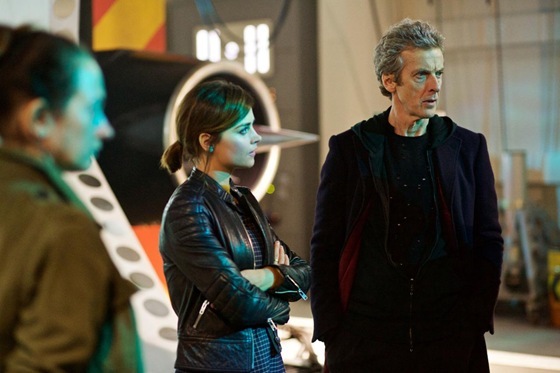 Doctor Who returns with “Before the Flood” next Saturday evening 10 October 2015 at 8.25pm on BBC One.