When Shaan (Adeel Akhtar) inadvertently enters a strip joint, he honestly just wants to find somewhere quiet to read his book. Somehow, he manages to ring up a £8,522 bill instead and finds himself being chased down the street at midnight by angry Russians when he can’t pay up.

Deciding that it would be a fantastic idea to lead his pursuers straight to his front door, Shaan heads home and lands his roommate and best friend Ajay (Ray Panthaki) right in the middle of his predicament.

Running for their lives, Ajay and Shaan decide to opt for convenience in solving their money woes and rob the local Megaoil 24 hour shop. 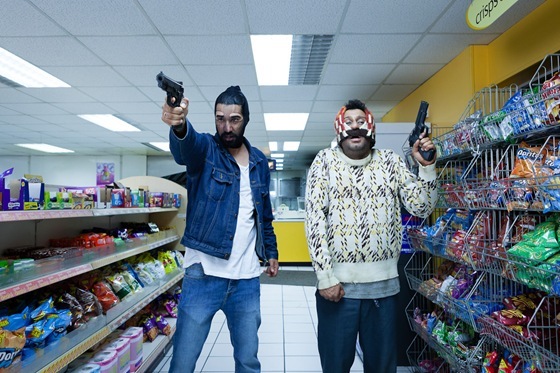 They get far more than they bargained for however when they realise the safe is on a 6 hour delay and store clerk Levi (Vicky McClure) is anything but intimidated by the pair. Why not hang around for the night and pretend they work there?

Convenience is a BAFTA Cymru Award-winning film directed by BAFTA Winning Keri Collins, produced by Ray Panthaki and written by Simon Fantauzzo. The film was shot on a budget of £80,000 and filmed over 18 nights in a functioning petrol station in Wales.

Featuring cameo roles from Anthony Head (Buffy The Vampire Slayer) and Verne Troyer (Austin Powers), Convenience is a film about trust, loyalty and really rather wishing you didn’t know certain things. It takes place over six hours in a convenience store and gives an insight into the somewhat surreal clientele who frequent 24 hour shops in the wee hours of the morning. 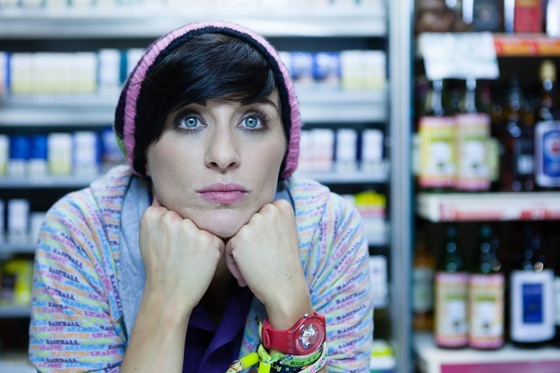 Highly recommended for fans of fresh British comedy, Convenience will be released in cinemas nationwide on Friday 2 October 2015 and will be available on DVD and on demand from Monday 5 October 2015. Four out of five stars.