TV Review: Doctor Who - The Girl Who Died

Oh, the promise of a brand new Doctor Who episode! “The Girl Who Died” opens with Clara in a most perilous situation, stuck in space with nothing but a space suit to protect her and something crawling up her back. The Doctor is fighting to locate her and suddenly he does. Before you know it, they’ve landed in a forest and are abducted by Vikings. 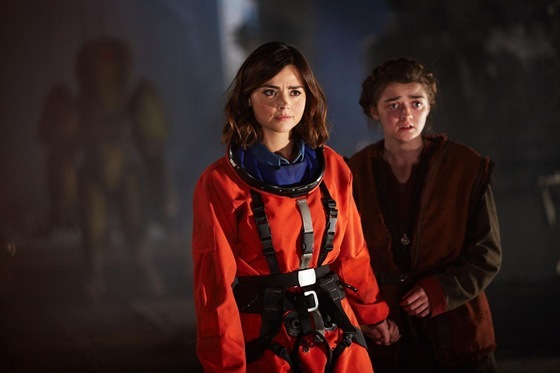 Strangely enough, the sight of Clara running around in a bright orange spacesuit during Viking times wasn’t the strangest things about it episode but it possibly made more sense than the rest of the plot.

I was worried last week that they would do to Viking what they did to Robin Hood in “Robot of Sherwood” and it turns out I was right to worry.

Which is just my way of saying that I didn’t quite enjoy this episode. You’ll find a fair bit of spoilers below, especially in the bits where I reimagine the script as Steven Moffat actually wrote it so here is your spoiler warning.

*** Spoiler warning. Proceed with caution if you have not yet watched Doctor Who – “The Girl Who Died” ***

It’s hard to be enthusiastic about Doctor Who when you have episodes like this. A lot was said that was perhaps important to the Doctor Who canon but there was so much that was annoying, weak and underdeveloped.

There was a scene in the Twilight film (not the book) when Edward is reading people’s minds and he goes “money, sex, money, sex, cat”. It was corny and embarrassing and one of the most regrettable moments in cinematic history right up until Clara said, “he speaks baby”.

That line might even have worked as a one liner but then they milked it a bit. There is the line about how babies think laughing is singing and even then, I’m thinking this is okay, cute maybe, but a little overdone. Then the baby’s cries become an integral plot point and they milk it some more and somewhere in there I lost the will to watch the rest of the episode. 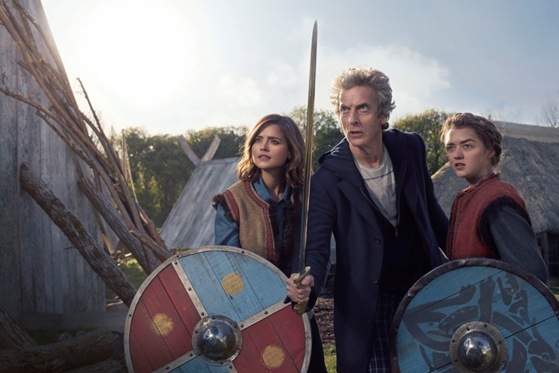 Perhaps I should have gone with my first instinct because I don’t think the episode improved after that either. We have Ashildr (Maisie Williams) and she has some uncanny ability to influence certain outcomes which is a great idea but one that is so undeveloped that you might miss the whole point of it if you blink.

Perhaps I’m being unfair and comparing “The Girl Who Died” to Toby Whithouse’s clever writing in “Under The Sea” and “Before The Flood” but honestly, sometimes Steven Moffat’s writing feels like someone hurriedly racing through a storyboard. Imagine the scene as Steven Moffat takes the cast and crew through the story:

“So The Doctor and Clara get kidnapped by Vikings and one of them can kind of see the future stroke influence outcomes, right? So there is this warrior race and the Vikings declare war on them, right, but then the Viking girl tricks them and the Vikings win. Almost the end, except for for some hugely important canon stuff about The Doctor reviving the girl and not being able to bear losing people. We’ll throw in “The Fires of Pompeii” and kill that canon about not affecting the outcomes of history stroke fixed points in time. The End”.

Except that nobody realises that he forgot to write an actual script and flesh out the storyboard with an actual plot. Quite unforgiveable when you consider that he co-wrote this one with Jamie Mathieson (Doctor Who, “Mummy on the Orient Express”).

As you can see from the fake scenario above, I’m beginning to think that Doctor Who is becoming a little flaky and backtracking on its own canon. Which is fine, if they can bring Bobby Ewing back from the dead, they can make The Doctor completely change his tune and begin reviving people from the dead. But then don’t get overdramatic and over emotional about depriving someone of their ability to die. Why do it in the first place if you immediately know it is wrong?

What I Didn’t Dislike

So that was pretty lengthy but was there anything I liked?

I also liked the idea of The Doctor being able to do anything at all except stop losing people. 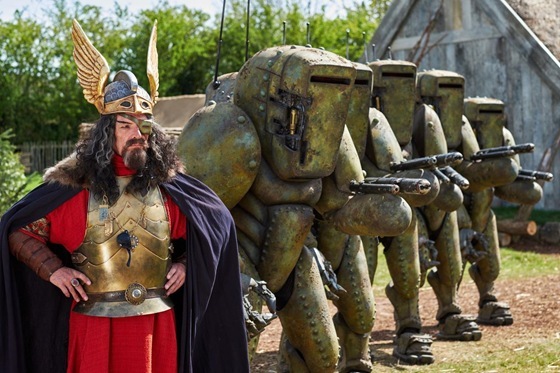 And I desperately wanted to cheer on during the great battle but it was so weak and contrived that I could barely see the screen for the disappointed look on my face.

I kind of liked Clara in an orange spacesuit.

I’m too afraid to give a verdict. I want to say that we should get rid of Steven Moffat before he ruins the show and falling ratings force a reduction in future production. The problem with that is what if it is true? The biggest losers there will be the fans and I kind of feel like we deserve better. So I’m not actually going to say all of that and I’ll suggest rather that we wait and see and hope that this was a small glitch in an otherwise enjoyable season to date.

Quotable "The Girl Who Died" Quotes

“People talk about premonition as if it is something strange but it’s not. It is just remembering in the wrong direction” – The Doctor

“Silence is even worse than a Scottish accent” –Clara

Doctor Who returns with “The Woman Who Lived” next Saturday evening 24 October 2015 at 8.20pm on BBC One.