Audiobook Review: The Man in the High Castle by Philip K Dick 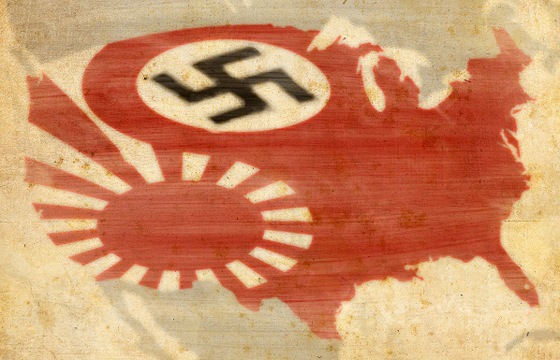 The Man in the High Castle is an alternate history novel set in a fictional version of 1960s America where the Axis powers won the Second World War and have split control of the United States between them. The core of the book is composed of a loosely connected set of characters struggling to live their lives under the totalitarian regimes presented by the alternate timeline.

When I first started listening to this book I had forgotten that is was an alternative history, my initial impressions were of how powerfully the image of America is presented via small evocative details and careful use of language, however as the book progresses the differences between this world and ours come further into focus.

This book achieved what all alternate history books should be aiming for - to question the way in which we live today. One of the themes of the book is that of power relationships - we see the protagonist as an American living under Japanese rule and kowtowing to his imperial masters, viewing them with both admiration and contempt. His every encounter is tinged with a meaning that is not picked up on by the other party - will this be his big chance? Will this encounter make him? In our world, Americans would be expected to be on the other side of this relationship and seeing it presented in this way has increased my awareness of the dynamics of relationships. 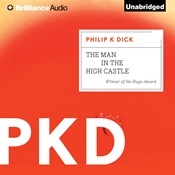 The I Ching is frequently referenced throughout the text, features as a major part of the plot and indeed was even used during the writing of the book to guide crucial plot decisions. The I Ching is a book of ancient wisdom that is said to answer questions - rituals of varying degrees of complexity are performed to provide a 'random' number which refers to a specific passage, that is then interpreted in order to answer questions. In The Man in the High Castle, the characters are living in a very uncertain and rapidly changing world, with power wielded arbitrarily in ways they cannot comprehend and the extensive use of the I Ching can be thought of as attempt by the characters to find meaning within their uncertain world.

The nature of reality is a recurring theme within the novel - the nature of the I Ching means that any attempts at divination are bound to be open to numerous different interpretations, and throughout the book there are references to a novel-within-a-novel named 'The Grasshopper Lies Heavy' which provides yet another version of reality, in which the Allies did win World War 2 but in a different manner to our usual history, leading to a cold-war between the United States and Great Britain. The book is left deliberately ambiguous as to what is the 'correct' timeline and raises many questions about the nature of our existence.

As for the audio-book adaptation, the narrator Tom Weiner was perfect reading with an almost deadpan voice. There was an impassive feeling of slight doom which was incredibly evocative.

I give The Man in the High Castle three out of five stars.

You can buy The Man in the High Castle on Audible.

Jade is an international spy currently masquerading as an accountancy lecturer in Bangladesh. She loves books, food and indie pop.