Book Review: The Lost Prince by Julie Kagawa (The Iron Fey: Call of the Forgotten #1) 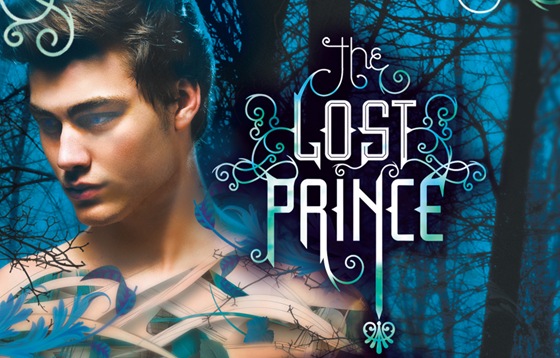 When Ethan Chase was kidnapped by the fey and taken to the Nevernever, it set in motion a series of events that would change the power dynamic in the Land of the Fey forever. In faery terms, that happened many decades ago but in Ethan’s life, it has only been 13 years. In that time, his sister Meghan has become the Iron Queen and as far as Ethan is concerned, he’d like to stay as far away from the manipulative, duplicitous fey as possible.

Don't look at Them. Never let Them know you can see Them.

Ethan is a loner, protecting himself and those he loves by warding off the fey that follow him. Despite his best intentions to never get involved, and despite years of kali martial arts training, he is nevertheless sucked in when a young fey at his school goes missing. When Ethan and local school reporter Mackenzie St James are attacked, Ethan is forced to take Mackenzie into the Nevernever to save her life.

I only mention this because I absolutely loved The Lost Prince. I adored Ethan and totally understood why he would be so angry at Meghan. Yes, she is the Iron Queen, yes she is amazing but I’m pretty certain that people like that aren’t all that much fun to live with.

It was wonderful to meet Grimalkin the uncanny cat again and also good to see just how much Meghan and Ash had achieved. The Wyldwood was as treacherous and exciting as always and I simply loved being back in the Nevernever.

If there was anything I didn’t like about the book, it was Meghan and Ash’s son Kierran. That is not to say that I didn’t like him as a character and don’t like his place in the story but I don’t trust him and I suspect he is going to cause a big upset in the next book.

Ultimately, The Lost Price is exciting, action-packed and fascinating. It was not slow-paced like the previous books in The Iron Fey series could be and there was less of the endless going around in circles in terms of love triangles. 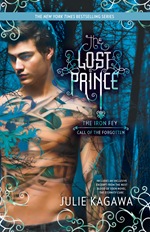 Being that the third book in The Call of the Forgotten series is out in November 2015, I’m going to pick The Iron Traitor up immediately before moving on to The Iron Warrior. Considering that there have been three years between the first and third books, I am very happy with my decision to delay starting the series. Instant gratification, anyone?

One final word on the book cover. Every single book in The Iron Fey series had a gorgeous cover and The Lost Prince is no exception.

I give The Lost Prince by Julie Kagawa a superb five out of five stars and would highly recommend to fans of Julie Kagawa and paranormal or fantasy young adult fiction. If you loved Twilight, Mortal Instruments or Divergent, you'll love this.

Buy The Lost Prince at Amazon.co.uk or Amazon.com.