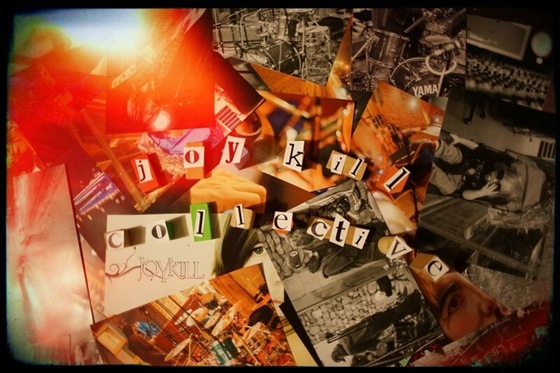 If you look back on the rebel songs of the past, tracks like U2’s Sunday Bloody Sunday and Peter Gabriel’s Biko, you might be mistaken in thinking we’d reached peace on earth simply by virtue of the dearth of political content in music today. In fact, it is very rare that a band will cite political activism as one of their primary reasons for forming.

That’s why it was refreshing to encounter “Battle Cry”, the debut single by Northampton band The Joykill Collective. Citing a “dissatisfaction with the prevalent right wing politics and media”, The Joykill Collective is a brainchild of a group of likeminded musicians, writers, poets and filmmakers who have banded together to deliver their message.

It is a powerful message indeed, formulated in response to what they observe as the “devastating political situation that is fast developing” in Britain. Citing Biffy Clyro as their main influence, their debut track sounds more like a modern day Alice in Chains. With distorted vocals drenched in layers of reverberating guitars, there is a sense of dissociation from the mess of society punctuated by a desperate and angry battle cry.

The band are currently working on their debut album so look out for their next single “Liberty Taker” which will be released on 1 December 2015.