Wow. That was one of the most explosive and most divisive Doctor Who season openers in years. Twitter is exploding as we speak with half the Twittersphere calling it bad fan fiction and the other half lauding it as a streak of mastery.

And me? I really enjoyed it. The episode was full of surprises and a real treat for lifelong fans and newcomers alike. I don't think it will be possible to do a spoiler-free review of the episode and frankly, I'd like to remember the best parts of it. So here you go, here is your spoiler warning.

*** Spoiler warning. Close this webpage now if you have not watched Doctor Who – “The Magician's Apprentice” *** 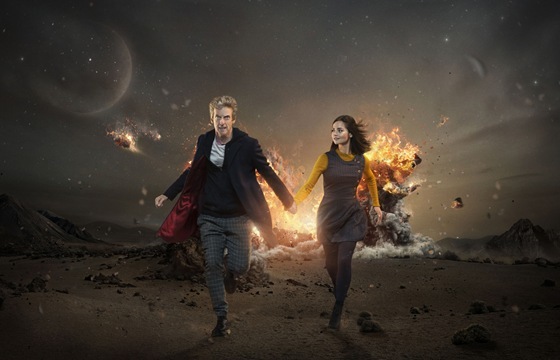 I pretty much loved the whole episode so this section is going to be more of a synopsis than usual and less a few bullet points on what I loved.

“The Magician's Apprentice” opens in a war-torn landscape. A young boy gets trapped in a handmine field and the man who tries to help him is brutally attacked and pulled under the earth. I loved the handmines. At first I was struggling to understand what the actors were saying but it really was 'handmines' and they really were creepy, terrifying and ominous. And the eyes. That is amongst one of the most surreal Doctor Who concepts ever. 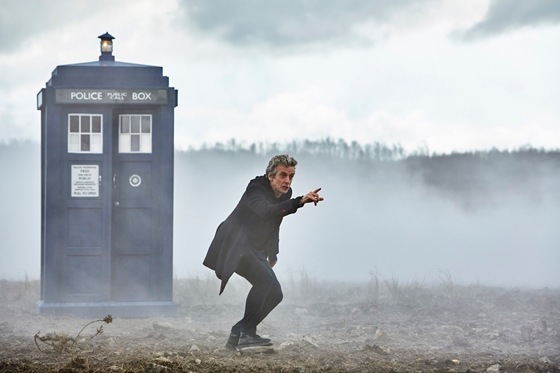 I did not expect to see The Doctor but suddenly he is there, telling the boy he has a one-in-a-thousand chance of survival and to take that chance. And then he asks the boy what his name is and he says it is... (gasp!) Davros!

Following the credits, the next several scenes are all over the place but in a good way. The scene opens to Nick Cave's “Weeping Song” and the terrible Colony Sarff is looking for The Doctor. His search leads him to the Shadow Proclamation and the Sisterhood of Karn. What does Davros want with The Doctor?

Back on Earth, Clara (Jenna Coleman) notices a plane hanging in the air. She urges her class to get online and on Twitter. “Hashtag the planes have stopped” she says and within seconds Twitter goes meta with a real life #theplaneshavestopped.

Soon we realise that The Master Mistress Missy is behind it all and she would very much like to speak with Clara without being executed. The fact that Missy is in fact not dead comes as a surprise to absolutely no one given that the BBC likes to flood us with spoilers and Missy was in just about every season 9 promo photo. 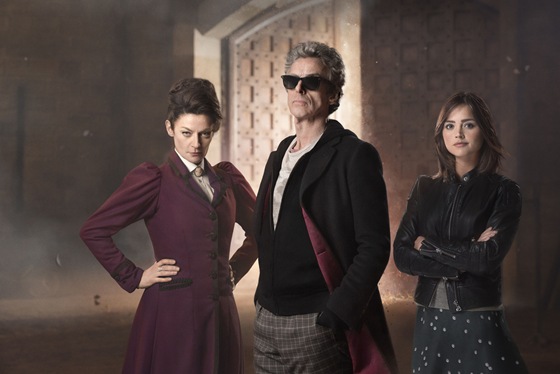 Just in case you weren’t paying attention before, I really am going to dig through the whole episode here so if you haven’t seen it yet, this is your second spoiler warning.

*** Spoiler warning. Close this webpage now if you have not watched Doctor Who – “The Magician's Apprentice” ***

It turns out this is The Doctor’s second-last day on Earth and he has sent his will and testament to Missy. But how is a Time Lord meant to die, Clara wants to know. With meditation, repentance and acceptance, says Missy ominously.

Suddenly we are in Essex in 1148AD and in perhaps the most bizarre sequence of all time, we meet ZZ Top Doctor. What the…? And then The Doctor is hugging Clara, hiding his face and giving the shifty-eyed look that so many of us associated with Tom Baker’s Fourth Doctor. Remember, hugging is just a way to hide your face. 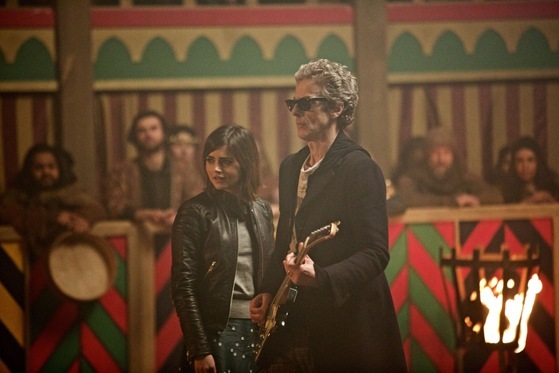 This is followed by the appearance of Colony Sarff and the genuinely disturbing visual of him unravelling like a snake. Ewww. Some things you wish you could unsee. It turns out he has found his target and The Doctor will meet with Davros. And so, it seems, will Clara and Missy.

For a moment there, it felt almost poignant that Davros and The Doctor would be together at the end of the former’s very long life. But we now know why The Doctor is there and the twisted causality that lead the Twelfth incarnation of The Doctor to betray Davros and bring down an era of war and suffering.

There was another audible gasp from behind the sofa (it might have been me) as we realised that we were on Skaro and that we’d come full circle. How on earth do you explain to people who have only watched since Christopher Eccleston that we are where it all began 52 years ago in An Unearthly Child?

And suddenly Missy and Clara are exterminated and I can’t believe my eyes. There is utter and complete silence in the room as my mind rapidly embarks on a cycle of bargaining and denial. I refuse to process it and imagine that yes, this will be continued next week.

What I Don’t Get 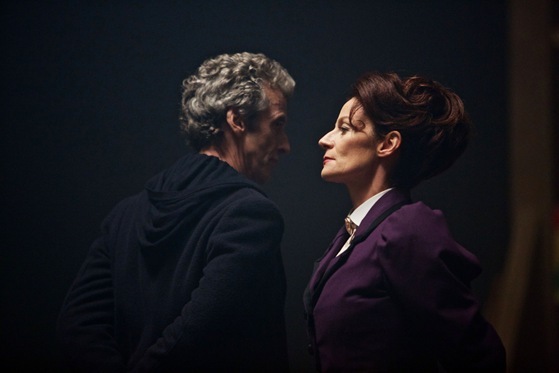 I’m willing to ride with it and see where it goes but I don’t get Missy’s attitude to The Doctor. Sure, The Master is mischievous and likes to play games but ultimately he/she is a brutal sociopath who lets nothing and no one stand in the way in of universal domination and total power.

Which neatly brings me to my next point. I’m sure from the wording of my sentence above, it is clear that I don’t believe we’ve seen the end of The Master or Clara for that matter. I’ve been wrong before and tend to err on the side of denial and naivety when it comes to the loss of fictional nemeses (or favourite characters) who have been around since the dawn of time but I’m kind of hoping and wishing that they aren’t really gone.

Then again, the prevailing message that Doctor Who has taught us over the years is that an event like the extermination of Clara and The Master probably creates a fixed point in time and there is probably no coming back from it.

If this is it, if that is the end of the story for these two characters, then you can imagine a bit of a diatribe a little further along the line because I don’t like it. I’ve never really been a fan of Clara’s but The Master / Missy is the ultimate nemesis and deserved a little better than that. 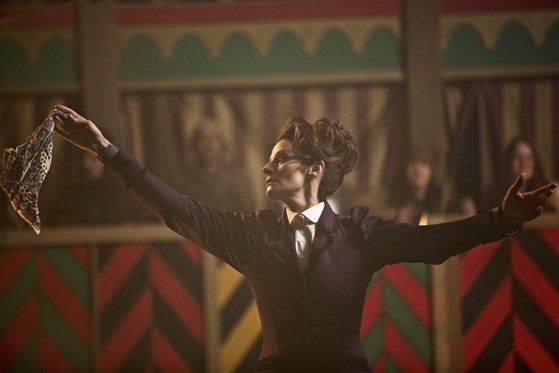 Most of the notable quotes in this episode come from Missy (Michelle Gomez). She really is the most witty, delightful, psychotic character and gets all the best lines.

“I’m just a passer by. I was looking for a bookshop. How do you think I’m doing?” – The Doctor to a young Davros

”Not dead. Back. Big surprise” – Missy

“A friendship older than your civilisation and infinitely more complex” – Missy

“Hang on. Davros is your arch enemy now? I’ll scratch his eye out” – Jealous Missy

“A mutant in a tank that would ever, ever stop and they never did” – The Doctor

“Davros made the Daleks but who made Davros?” – The Doctor

“Hunter and prey held in the ecstasy of crisis. Is this not life at its purest?” – Davros

I really enjoyed The Magician’s Apprentice and cannot wait for The Witch’s Familiar which will air next Saturday 26 September 2015 on BBC One at 7.45pm. I’m really enjoying Peter Capaldi’s Twelfth Doctor and am hoping they give him some decent storylines this season.

If you’re wondering where to visit next, why not try 12 contenders to replace Jenna Coleman as Doctor Who's next companion.