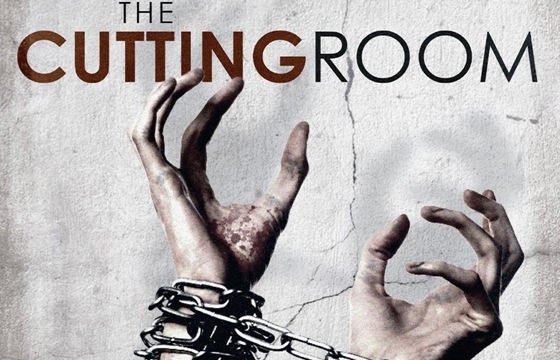 Something terrible is happening in the cutting room. A pair of sandals and a blood-stained rag lie on a bench, punctuated by the sound of screams and the glimpse of a petrified woman. In the background, Barrie Gledden and Kes Loy’s “In the Mood For Food” plays, giving us insight into the unseen attacker’s deadly intentions.

Meanwhile, across town, media studies students Raz, Charlie and Jess embark on their end of year project. The task is to film the film makers and the stage is set for a voyeuristic look at the life of a young film student. One thing is for sure, somebody is watching. 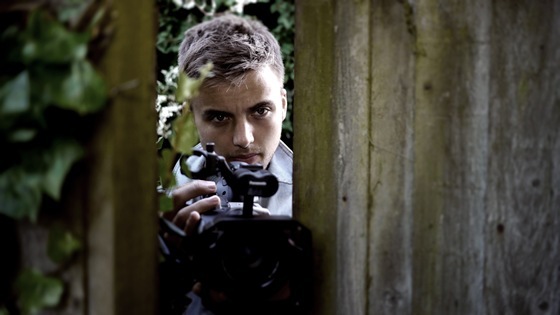 The friends decide to focus on cyber-bullying and are keen to look at the story of a local girl who recently disappeared. What starts off as an innocent project soon begins to take a darker turn as the students realise that something awful is afoot in their small English town.

What happened to the missing girl and what exactly is going on in the tunnels of the disused army barracks at the edge of town?

The Cutting Room is an independent British horror film by first time director Warren Dudley. The film cost just £12,000 to make and was filmed in locations across East Sussex including the iconic Newhaven Fort. The films stars Parry Glasspool (Hollyoaks) as Raz Scott, Lucy-Jane Quinlan (Weaverfish) as Charlie Miller and Lydia Orange (The Days Inbetween) as Jess Danns. 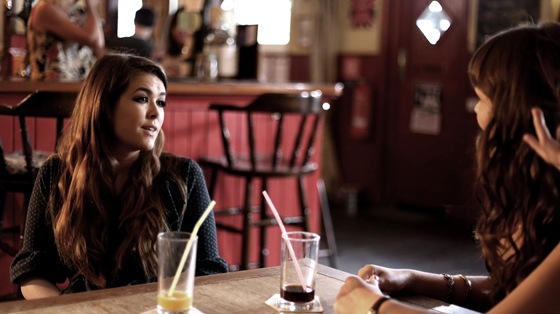 Despite the small price tag, nothing about The Cutting Room feels small budget. The cinematography is impressive as is the persistent impression that the characters are being watched. Many of the scenes are filmed underground yet all the gruesome scenes are rendered in vivid, colourful detail.

Even the hand-held footage is of a higher quality, scaring the pants off the viewer as they participate in the chase scenes but steady enough that we can actually see what is going on. There are definite allusions to The Blair Witch Project which is interesting because it creates a contrast as to how much more watchable The Cutting Room actually is. 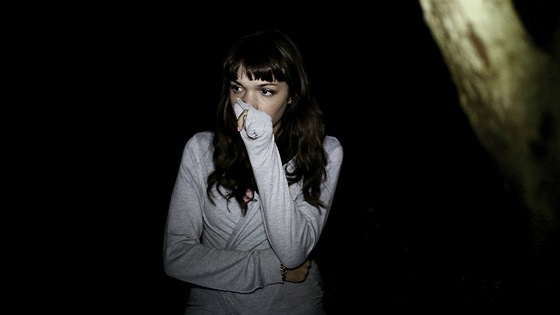 What sets The Cutting Room apart from other horror films is the credible plot and strong performances by the largely unknown cast. The three main characters were so typically English with Raz, the over-confident boyfriend who feels comfortable flirting with his girlfriend’s mother; Charlie, the long-suffering girlfriend, determined to get to the bottom of the mystery and Jess, the steady, logical friend who slowly becomes unstuck. Lucy-Jane Quinlan and Lydia Orange gave impressive performances and I’d definitely like to see more of them in future. 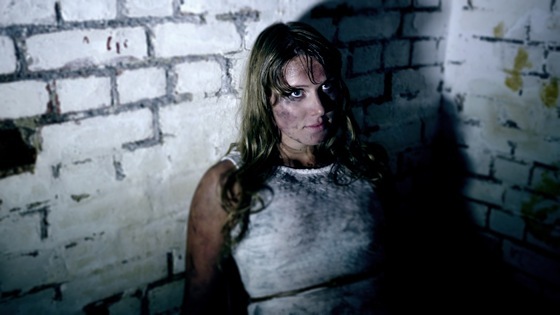 The most shocking aspect of The Cutting Room is the heart-stopping, terrifying finale which plays out over an incredible fifteen minutes. The tension is ratcheted up to the highest level, with the viewer keep firmly on the edge of their seat. Each scene reveals more horror until the final, terrible reveal in the last 15 seconds of the film. This is the kind of film that leaves the viewer staring at the screen for minutes after the film has ended, open-mouthed with heart pounding against their ribcage. 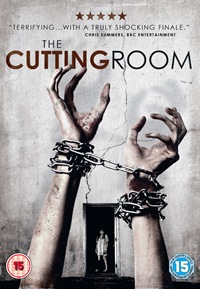 You have to pay close attention when watching The Cutting Room to spot all the clues and red herrings. I was so disappointed in my own powers of observation in fact that I had to watch the film again. Sure enough, it was all there and the finale might not have been so terrifying had I actually been paying attention. In my mind, this is the hallmark of a truly inspired horror film script.

I give The Cutting Room a superb five out of five stars and would recommend it to all horror fans. This is the best British horror film I have seen in years and an excellent start to the 2015 horror season.

The Cutting Room is available on Amazon.co.uk and will be debut in the U.S. on Amazon Prime from September 1st and on Hulu from October 1st. Visit The Cutting Room website for more details.