Book Review: The Girl From The Well by Rin Chupeco 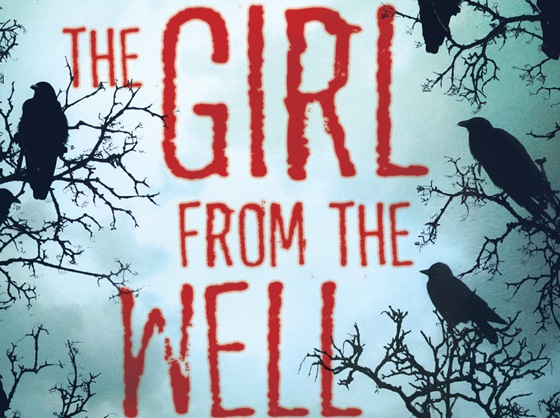 They say that the souls of murdered children do not move on to the next plane because their murderers will not let them go. Instead, they remain shackled to their killers, a burden the killer does not necessarily feel but perpetuates nonetheless. But then there are those whose deaths are so violent, that they break these bonds and are fated to walk the earth in perpetuity, in search of vengeance and retribution.

Okiku is one such soul. She is the girl from the well, betrayed by the man she loved and left to drown, Okiku has wondered the Earth for centuries and makes it her business to wreak vengeance on those who will harm children. 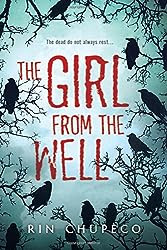 One day Okiku meets Tarquin and the Smiling Man who pursues him. Tarquin has more to worry about than the interest of a predator – he is covered in ritualistic tattoos and his mother has tried to kill him on more than one occasion. Okiku sees the lady in black that haunts the boy, threatening to unleash her evil into the world, and she resolves to protect him no matter the consequence.

The Girl From The Well is the debut novel from young adult novelist Rin Chupeco. It is based on the Japanese folk legend Bancho Sarayashiki which tells the story of Okiku and the nine plates, so readers may certainly notice some similarities to The Ring.

The book is written in a dreamy, ethereal style from Okiku’s point of view. As one might expect from a ghost story, there are flashbacks as we learn Okiku’s story but also insights into the victims of the killers Okiku hunts. At times, the style seems a little unusual as the ghost narrator is present for many conversations that the boy Tarquin and his cousin Callie have, and these are reported in the third person narrative. 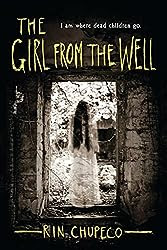 Ultimately, The Girl From The Well  is a great story. I loved the concept of murder victims being shackled to their killers and thus enjoyed the notion of those shackles being broken. While not wholly original, I enjoyed Okiku’s backstory and the tale of the nine plates. Okiku’s compulsion to count things also put an interesting twist on the story.

I enjoyed the scary parts of the book, especially the parts with the Smiling Man. I definitely think this book would work well as a film because many of the frightening parts were quite visual in a way, with Okiku describing how she appeared to her victims.

I did find the book dragged a little, especially in the final third of the book. I would especially have liked the book to finish with the explosive finale and for the final two chapters to be reduced to a single paragraph.

As I’m sure is apparent, I’m a little ambivalent about the book and struggled to rate it. I did enjoy it and I am currently racing through the sequel and would therefore definitely recommend The Girl From The Well if only so that you can read The Suffering.

The difficulty is that The Girl From The Well is certainly not an average read but it does have its problems. I’d say my rating is somewhere between three and four stars but I’ll file it under four for now.

You can buy Rin Chupeco’s The Girl From The Well from Amazon.com or Amazon.co.uk. For some utterly bizarre reason, the book is not currently available in the UK Kindle store and I’d like to see that rectified as soon as possible!