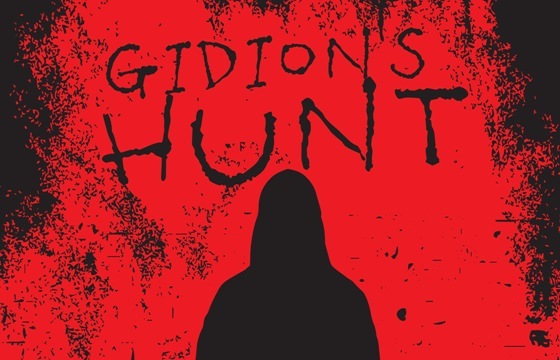 Gidion Keep is a teenage vampire hunter upholding a long Keep family tradition of hunting. When Gidion’s mother died at the hands of a vampire, Gidion’s father quit the business and it fell to Gidion’s grandfather to train Gidion in secret and pass on the legacy.

When Gidion saves a woman from a vicious vampire attack, he is stunned when she recognises him. It turns out the secrecy of his craft is the least of his worries for as Gidion closes in on the local vampire coven, he uncovers a deadly plot to kill off a student and a teacher. Worse yet, the vampires know they are being hunted but it may just be that Gidion’s biggest threat lies within his own group of friends at high school.

Gidion’s Hunt is the first novel by Bill Blume and the first in the Gidion Keep, Vampire Hunter series. Originally titled Tales of a 10th Grade Vampire Hunter, Gidion’s Hunt is not just another vampire novel. Blume has written as realistic a novel as possible, focusing not on the vampires themselves but on the type of person that would put themselves in danger in order to hunt and destroy monsters.

The novel is gritty, fast-paced and entertaining. Gidion is a likeable hero and just the right shade of bad boy. Blume pulls no punches and the vampires are pretty nasty at times, reducing their victims to mindless slaves or worse, draining them of blood and killing them.

I really enjoyed the high school dynamics and was reminded of Joss Whedon and the high-school-as-Hell metaphor that we saw in Buffy the Vampire Slayer.  Just like in high school, loyalties are fickle, only valid for as long as they provide social capital, and Gidion is left wondering who he can trust right until the very last page. 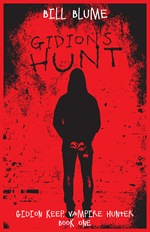 Gidion’s unconventional relationship with intended vampire victim Tamara is another highlight of the plot. Rather than endless pages of angst and insecurity, they really just get on with it despite their age difference.

Without giving the plot away, the best aspect of the story is the reveal of the Big Bad and the motives driving their actions. In an ultimate display of scorn, insecurity and revenge, the actions and decisions of the Big Bad were realistic and chilling.

Ultimately, Gidion’s Hunt would be a four star book but for one thing: the rampant misogyny of the male characters. You’d expect that a book featuring a male vampire hunter as a protagonist might only be read by boys but you’d be wrong – the primarily readers of young adult fiction are females, of all ages, and we don’t like being referred to as whores and bitches.

I’m glad that Blume has released Gidion’s Blood, the second book in the series, and I’m definitely going to read it but I do hope he tones down the misogyny before he alienates a good part of his readership.

With that in mind, I give Gidion’s Hunt a qualified three out of five stars. I would definitely recommend it to fans of Buffy the Vampire Slayer or Teen Wolf and I will be reading the next books in the series.

You can buy Gidion's Hunt at Amazon.co.uk for £1.99 on Kindle or Amazon.com.