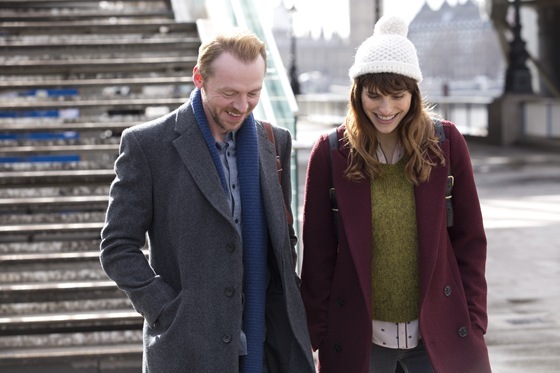 What would you do if a rather lovely man mistook you for his date underneath the clock at Waterloo Station? Would you own up and walk away? Thirty-four year old Nancy (Lake Bell) is about to do exactly that when said man wins her over with a quote from her favourite film, Silence of the Lambs. Thinking she has nothing to lose, she decides to just go with it.

What follows is a crazy, eventful evening in which Nancy and Jack (Simon Pegg) share a meal, bare their souls, play several rounds of drunken bowling and escape from the stalker-like advances of Nancy’s former high school classmate. They laugh, they argue and they share an epic dance to Duran Duran’s Reflex and all the while, Nancy’s deception hangs over them. 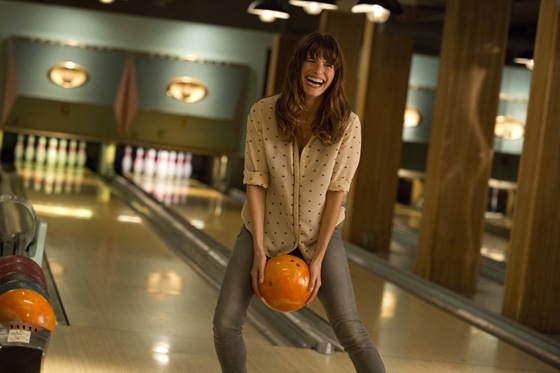 Taking place in just one manic evening, Man Up is a story about taking chances, being yourself and learning to trust yourself again. It is directed by Ben Palmer (The Inbetweeners Movie) and also stars Rory Kinnear as Stalker Sean, Olivia Williams as Jack’s cheating ex-wife and Ken Stott as Nancy’s father.

I’m infamous for not having a sense of humour so I tend to avoid comedies but I like Simon Pegg and if I had to choose, I’d choose British comedy over American. I was certainly not disappointed with Man Up and enjoyed every minute of it. It is nostalgic and uplifting, a story about redemption and putting back together the pieces of your life when it has all gone a bit pear-shaped. There are a lot of laugh-out-loud moments in the film and one of my favourite scenes was Jack sprinting down the street to Whitesnake’s “Here I Go Again”. 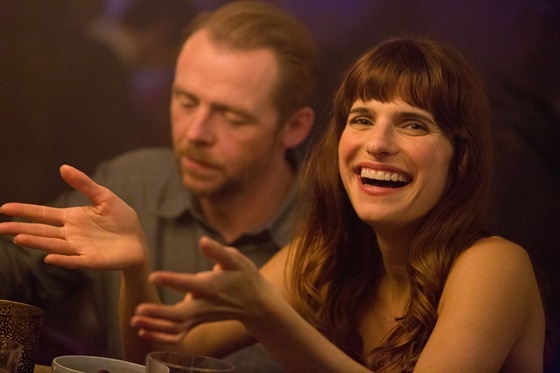 What I liked the most about Man Up is how realistic it was. Nancy is socially awkward yet secure in herself, Jack is angry yet not down and out. There isn’t a hint of Bridget Jones or Love Actually’s Natalie here and Nancy and Jack just behave like any two people might behave on meeting (and deceiving each other) for the first time.

Man Up is the must-see British romantic comedy of the year. With its nostalgia, pop culture allusions and uplifting storyline, it is definitely one of those films to watch again and again.

I give Man Up an excellent four out of five stars and would recommend to fans of Love Actually and Notting Hill.

Brought courtesy of STUDIOCANAL, Man Up will be available to own on DVD, Blu-ray and VOD from 28 September 2015. The DVD extras include interviews with Lake Bell and Simon Pegg, blooper reel and “The Seven Beats of Man Up” featurette.