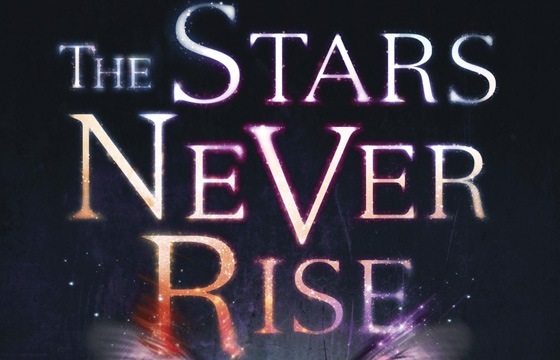 Stop me if you've heard this one before. In a not-so-distant future, the human race is under threat and a massive church-like structure has emerged to control the populace and protect them against the threat.

In Rachel Vincent’s The Stars Never Rise, that threat is a shortage of souls and the emergence of soul-devouring demons, and the church-like structure is The Church.

While I'll give credence to the author for the originality of the souls idea, its manifestation as still births and the subsequent attempts of those in authority to control reproduction sound like something straight out of Margaret Atwood's The Handmaid's Tale.

Perhaps at this point I should stop to point out that Rachel Vincent is one of my favourite authors and if this book has come out ten years ago, I would probably have loved it. Not only is it fast-paced and entertaining, set in a dystopian nightmare, but it provides a searing critique of right-wing tendencies and the dangers inherent when church and state are too closely aligned.

The problem is that at this point, it is just another dystopian book and as much as I want to love anything that Rachel Vincent pens, I'm overcome with the glaring similarities to other works.

Take Finn for example, a human soul without a body but one that is able to possess other bodies (in a good way, of course). The body-snatchers idea feels like Stephenie Meyer's The Host which in itself was taken from a whole genre of B movies dating back to the dawn of Hollywood. The bodiless soul idea reminded me a a little too much of Gena Showalter's Intertwined and the idea of walled cities and badlands reminded me both of Lauren Oliver's Delirium and Julie Kagawa's Blood of Eden series.

There was also another snag. As much as I love Rachael Vincent, I just couldn't reconcile the notion of finite souls. To me there are both new souls and reincarnation and for some reason I couldn't suspend disbelief enough to consider a finite number of souls (if you can use that term when dealing with the purely esoteric). 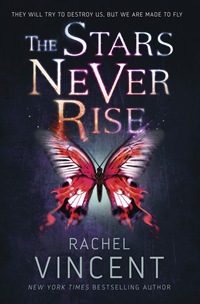 I guess the ultimate measure of young adult book is whether it makes you snort with derision and The Stars Never Rise made me snort. Out loud. It was towards the end and Nina had only just admitted she couldn't make out the colour of a car in the dark when she mentions Finn's bright green eyes. Again. For the 1,000th time. I'm fairly new to this notion of the Young Adult fiction stereotype of green eyes (having green eyes myself and never noticing they were rare or overused) but I can see why readers are becoming so irritated by this particular stereotype.

So how would I rate this book and would I recommend it? I would definitely recommend The Stars Never Rise if you are new to the realm of dystopian fiction or if you're going through that phase where you simply can't get enough of it. You'll love it, it's good and you'll likely finish it in one sitting. But if you're about to pick it up and you're wondering if you have the energy for yet another dystopian young adult adventure? Maybe give it a miss.

With a heavy heart, I give The Stars Never Rise a disappointing 2 out of 5 stars. It feels strange to do so because really, what was I expecting? I doubt I'll read the next in the series and quite frankly, I'd prefer it if Vincent returned to more unusual urban fantasy like we saw in Soul Screamers and the Unbound series.

You can buy The Stars Never Rise at Amazon.co.uk or Amazon.com.