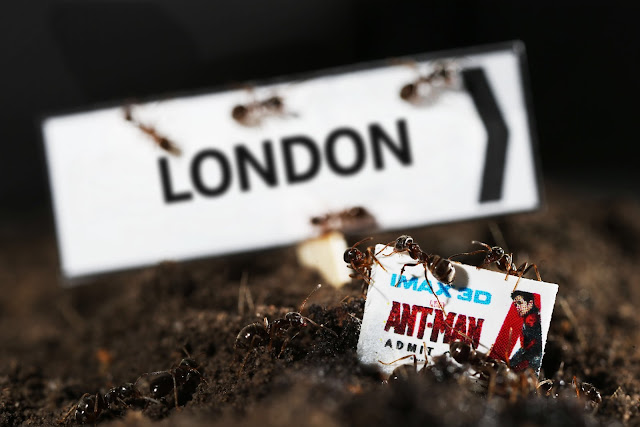 To celebrate the release of Marvel's Ant-Man on Friday 17 July, IMAX and Marvel are hiding 100 ant-sized tickets in cities across the UK.

IMAX and Marvel are putting the British public’s powers of close observation to the test this week in the name of Marvel’s latest superhero adventure.

From Thursday 16 July, one hundred ant-sized IMAX tickets will be hidden around three UK cities – London, Manchester and Birmingham – to celebrate the IMAX® 3D release of Ant-Man in UK cinemas this Friday. 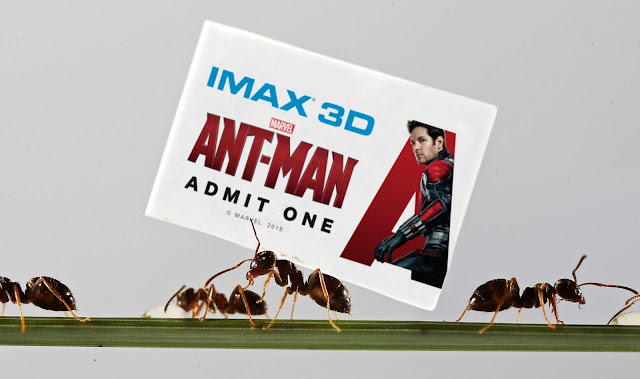 The tiny tickets, each measuring just 5 x 10mm, can be exchanged for tickets to the most epic cinematic experience of Ant-Man at IMAX cinemas across London, Manchester and Birmingham.

Clues to the locations of the tickets will be posted on IMAX’s twitter page at www.twitter.com/imax beginning today. Those who are successful in their hunt will be encouraged to tweet a selfie with their tiny ticket to @IMAX using the hashtag #IMAXAntMan.

The tickets will be left at various spots around the cities, each accompanied by a magnifying glass to aid the search.