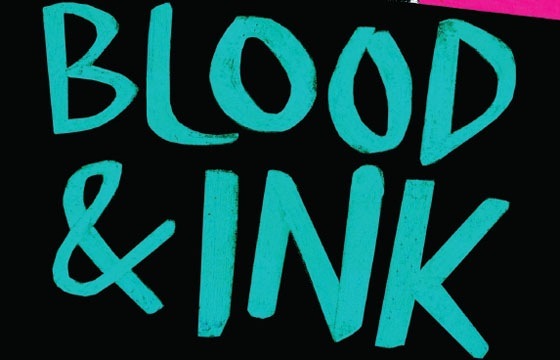 April 2012. After capturing Kidal and Gao, Islamic militants Defenders of the Faith and Tuareg rebels advance on the historic town of Timbuktu in Mali. As locals scramble to hide their ancient manuscripts, the perimeters of the town are breached and extremists begin their campaign to destroy holy shrines and monuments.

Caught in the middle of this chaos are two teenagers. Ali is a child soldier, plucked from his life as a Fulani herdboy and radicalised into a regime of Islamic extremism. With a Kalashnikov in his hands and religious teachings on his tongue, at 16 years old Ali is willing to die for his cause.

Kadija is the oldest daughter of Guardian Diallo, keeper of the sacred manuscripts of Timbuktu. Curated over thousands of years, these manuscripts record legends dating back to biblical times and one day Kadi will fulfil a lifetime of training and join the Guardians.

When these two teenagers meet in a time of war and destruction, they cannot help but notice each other. Ali is perplexed by Kadi's defiance and strength of spirit and Kadi in turn is intrigued by this pious boy who performs the optional midnight prayers. 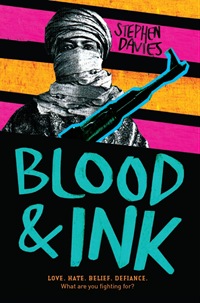 As the story develops, author Stephen Davies pulls no punches in describing the horror and cruelty of the extremist occupation of Timbuktu. With murders and public lashings, the stakes become ever higher and the time will come when both Ali and Kadi must make a painful choice between loyalty, responsibility and friendship.

Blood & Ink further establishes Stephen Davies as one of the most important young adult authors of our time. This is a remarkable piece of historical fiction which focuses on an area of Africa young people often know little about. As the characters in the book lament, most Westerners haven't even heard of Timbuktu and if they have, they think it is an imaginary place.

With its focus on recent historical events that continue to be relevant today and themes of love, duty, betrayal, morality and religion, the book provides endless topics for dialogue and debate.

Blood & Ink is the fourth book that Stephen Davies has written in the young adult category in addition to several children's books. I reviewed his novel Outlaw in 2011 and gave it a four star review.

I give Blood & Ink by Stephen Davies a superb five out of five stars and and eagerly await Stephen’s next young adult release. I would highly recommend the book to middle graders and adults alike.

Buy Blood & Ink by Stephen Davies from Amazon.co.uk or Amazon.com.