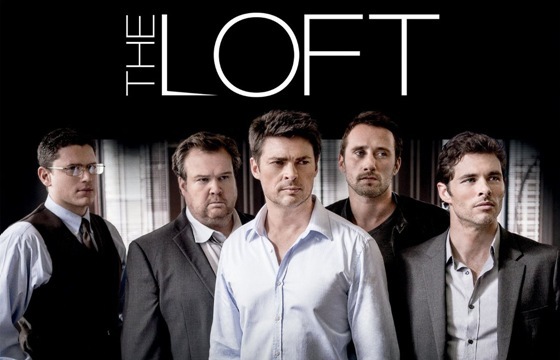 Based on Van Looy's own Belgian thriller Loft, the film is set against the backdrop of a gorgeous penthouse apartment and the lives of the rich and very privileged. It features an all-star cast including Karl Urban (Star Trek), James Marsden (X-Men), Wentworth Miller (Prison Break), Eric Stonestreet (Modern Family) and Matthias Schoenaerts who starred in the originally Belgian version. 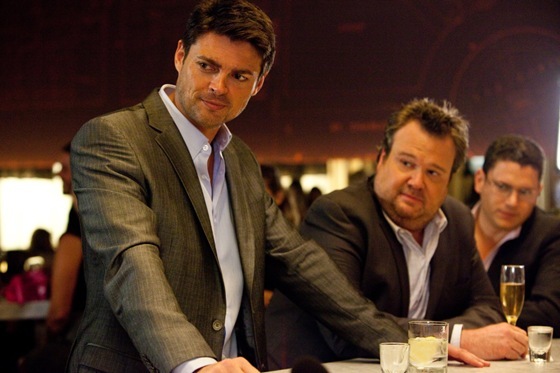 When real estate agent Luke Seacord (Wentworth Miller) lets himself into the loft apartment he shares with four of his friends, he discovers a most grisly scene. On the bed in the middle of the posh apartment is the body of a woman, murdered and covered in blood. He wastes no time in calling his friends. There are only five keys to the apartment and it becomes increasingly clear that someone has set them up.

Told through a series of flashbacks and police interviews, a tale emerges of a morally bankrupt group of friends who will stop at nothing to feed their desires and take advantage of women. But who cared enough to frame them and how did they choose the victim? 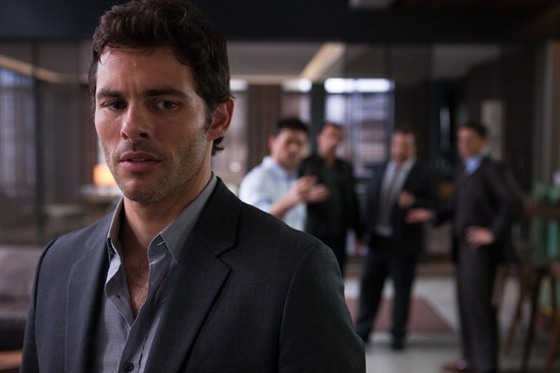 I thoroughly enjoyed The Loft and it wasn’t only because I am particularly fond of Wentworth Miller, James Marsden and Karl Urban. The film is visually beautiful with views of the apartment and surrounding city interspersed with high society parties and events. Erik Van Looy does a great job of weaving the tale together and I was certainly not prepared for the twist at the end.

As ringleader of the misogynistic little gang, Karl Urban was pretty convincing as the nasty womaniser Vincent Stevens but it was James Marsden who stole the show as the conflicted rogue-with-a-conscience Chris Vanowen who goes and falls in love with a professional.

In addition to the male leads, The Loft featured some of my favourite female actresses including Elaine Cassidy (Ghost Squad), Rhona Mitra (Strike Back) and Valerie Cruz (Dexter). It was an impressive cast but I would have liked to see more of these actresses – perhaps we can hope for The Loft 2?

I give The Loft an excellent four out of five stars and with the all-star cast would recommend to fans of just about every film and TV series in the last decade. .

The Loft is out on Blu-ray, DVD and digital platforms from 15 June 2015, courtesy of Signature Entertainment. You can buy the DVD from Amazon.co.uk or Amazon.com.