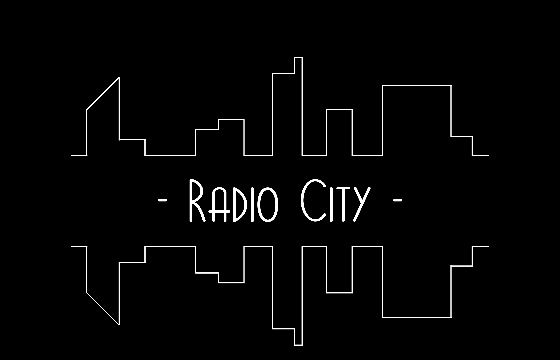 Radio City are a brand new Indie Rock band hailing from Manchester. The band was originally put together as part of a music production project but it didn’t end there. What began as a tangle of guitars and synths has been polished up and the band is ready to release their first EP.

Radio City are Mike Miller (Lead Vocals/Rhythm Guitar), Sam Woodall (Lead Guitar), Jack Caldwell (Bass Guitar/Backing Vocals) and Tom Wood (Drums). Mike, Sam and Tom went to high school together and have been in a band before but they describe bassist Jack as their “latest and greatest addition”. So it was that they decided to make a go of the band after the project was finished.

The Radio City EP was recorded over five sessions at Leeds Beckett University. Drummer Tom engineered and produced all of it, with the rest of the band chipping in with ideas for songs and lyrics. Tom describes the sessions as relaxed, essentially just four best mates playing music together.

The bands takes inspiration from Red Hot Chili Peppers, of whom they are all great fans. Other than that, they don’t really focus on any one band, opting instead to let their sound evolve as they work together.

You can definitely hear the RHCP influence in the catchy, funky basslines but I’d say the EP is a low key punk rock offering that reminds me of Joe Jackson’s earlier work or The Jam. I’m definitely looking forward to what Radio City come up with next.

The lovely lads from Radio City are offering a free download of the Radio City EP from Mediafire. This is a free and legal download so be sure to share it with your friends!

The band don’t have any gigs lined up at the moment but you can contact them using the links above for any bookings.