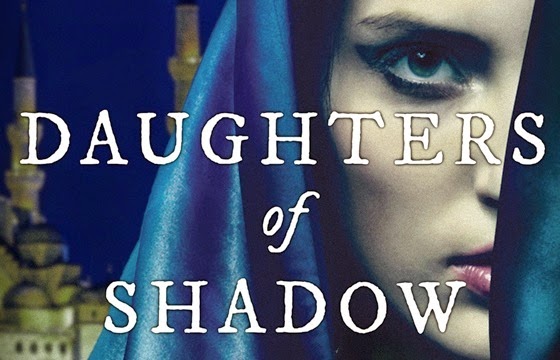 Throughout Europe's bloody and troubled past, there were rumours of nefarious and supernatural forces at play, forces that changed the course of history and brought power and riches to those foolish enough to side with darkness. From the Ottoman wars in medieval Wallachia, Transylvania and Buda to modern Budapest, Banja Luka and Berlin, J. Matthew Saunders’s Daughters of Shadow and Blood - Book 1: Yasamin takes us on a breakneck ride through a millennia of wars, pacts and atrocities and the legend of a creature that remained in the shadows yet influenced every step of the way.

Buda, Ottoman Hungary, 1599: Yasamin is a young orphan from Thessaloniki who is promised to Murad, the son of a powerful leader in the Ottoman Empire. She comes to live at the Haremlik in Buda where she is thrown into a life of politics, gossip and intrigue. There are several attempts on her life and Yasamin must learn who she can trust and who her true enemies are.

Berlin, Germany, 1999: Adam Mire is an American professor and historian. When his friend Mihai Iliescu leaves him some documents shortly before his mysterious death, Adam begins to follow the clues he discovers therein despite great danger to himself. At the heart of his investigations is the legendary medallion of Dracula and the clues lead from Budapest to Novi Sad, Banja Luka, Dubrovnik, Thessaloniki and finally Berlin where Adam catches up with the enigmatic Yasamin Ashrafi. 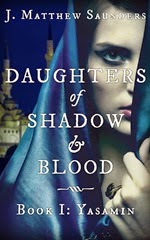 And so Yasamin and Adam engage in a terse tête-à-tête in which they each offer their stories in exchange for the other’s information. Adam tells of his hair-raising attempts to stay one ahead of assassins as he tracked down the medallion and Yasamin in turn tells her story of intrigue, betrayal and murder.

Daughters of Shadow and Blood - Book 1: Yasamin is a truly magnificent novel rich in colour, atmosphere and culture. I loved reading about life in the Haremlik, could almost feel the steam rising in the bathhouses and shared in the excitement of the Ottoman wedding rituals. Having travelled in the Balkans myself, I thoroughly enjoyed the journey down to Dubrovnik (although I’d have loved to spend more time in Novi Sad). Mostly, I enjoyed the supernatural element of the novel which I’ve only touched on lightly for fear of giving the story away.

I would highly recommend Daughters of Shadow and Blood - Book 1: Yasamin. The author J. Matthew Saunders expertly weaves a tale that combines elements of historical, supernatural and 20th century modern fiction. With the teenage protagonist, this book will delight young adult and mature audiences alike and I am certainly looking forward to the next books in the series.

I give Daughters of Shadow and Blood - Book 1: Yasamin by J. Matthew Saunders a superb five out of five stars and would highly recommend the book to fans of young adult, historical or supernatural fiction alike.

You can buy Daughters of Shadow and Blood - Book 1: Yasamin at Amazon.co.uk or Amazon.com.