New Music Friday: The Legal Immigrants - Fork in the Road

There's something I've never done before; I've never compared a band favourably to The Doors. In my mind, The Doors were just too unique, too singular to bear comparison of any kind. Yet less than 30 seconds into The Legal Immigrants track "Fork in the Road" I find myself doing exactly that. The track is huge, an attention grabber from the very first chords and suddenly I am listening.

"Fork in the Road" is the first single from the band's debut album Drugs to Roses which is due out on July 3, 2015. I had an exclusive listen of the full album and I predict a bright future for The Legal Immigrants. 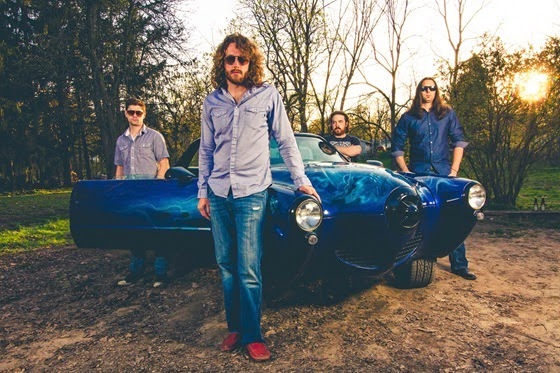 Based in Grand Rapids, Michigan, The Legal Immigrants are singer/guitarist Joe Bockheim, drummer Tony Lubenow, lead guitarist Trevor Reidsma and bassist Kevin Kitsch. The band formed the day after Michael Jackson’s death in 2009, a fact which isn’t entirely relevant to their sound. Citing Thin Lizzy, Black Sabbath and The White Stripes as their inspiration, The Legal Immigrants stand at the liminal space between the blissed out sounds of late 60s and 70s rock and the edgier, reverb-driven sounds of modern indie rock. Definitely give the single a listen and watch this space for more news on The Legal Immigrants.

You can download direct from the Soundcloud widget above or using this link: "Fork in the Road" (mp3*)