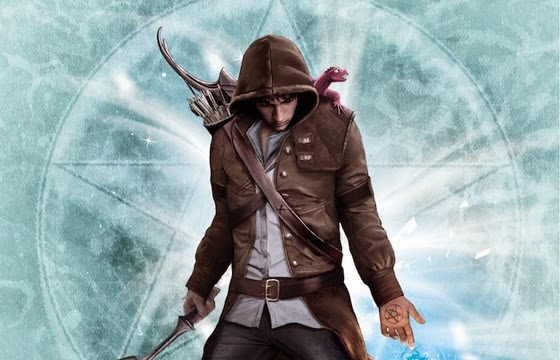 When blacksmith apprentice Fletcher is gifted with an ancient book containing a magical spell, he summons a demon from another world which should be impossible for someone of his class. His achievement sets in motion a series of events where Fletcher is falsely accused of a crime and must flee the town of his birth and go on the run. When his abilities are subsequently discovered, Fletcher is recruited into Vocans Military Academy, an elite school where battlemages are trained for war on the frontlines against the Orc foe.

Constantly on the lookout for his pursuers, Fletcher must soon learn who his allies are among the fellow battlemages in the academy. With days filled with lessons and free time with visits to the local town Corcillum, the days leading up to the end of term tournament fly by with plenty of sabotage, misdirection and subterfuge. Will Fletcher discover the power within him in time to outwit those that scheme against him? 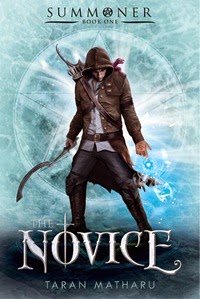 The Novice is the first book in the Summoner series and the debut novel by London-based writer Taran Matharu. Matharu wrote the book on writing platform Wattpad and amassed 5.5 million reads before the trilogy was sold in auctions around the world. Out this month, the trilogy is set to be translated into 11 languages.

Fans of the Lord of the Rings, Harry Potter and His Dark Materials series will feel very comfortable in the world of Taran Matharu’s Hominum Empire.  Beings such as orcs, dwarves and elves require little description or introduction because we’re already familiar with them and spells and wand work are already an expected part of the school curriculum. It was Lyra’s world of the His Dark Materials universe that The Novice seemed to draw on most significantly. Demons, the permeable veil between worlds and even a form of the Magisterium find a way into the book.

Despite the premises not being entirely original, Matharu does tell a good story which gets ever more exciting as the book progresses. There are themes of prejudice, exploitation and class inequality and the author is certainly not above taking a jab or two at the hypocrisy of the ruling classes. Fletcher’s friendship with Othello is authentic and I enjoyed the chance he takes to prove himself to the dwarves. The book reaches its pinnacle in the end of year tournament which was both riveting and extremely well-written.

I give Summoner: The Novice (Book 1) an excellent four out of five stars and will certainly be reading the next books in the series.

To date, Matharu has written two prequels to The Novice. Summoner: Origins (Book 0) is available as a free download on Amazon and Summoner: Rory (Book 0.5) will be available shortly.

Summoner: The Novice (Book 1) is available to purchase on Amazon.com and Amazon.co.uk.