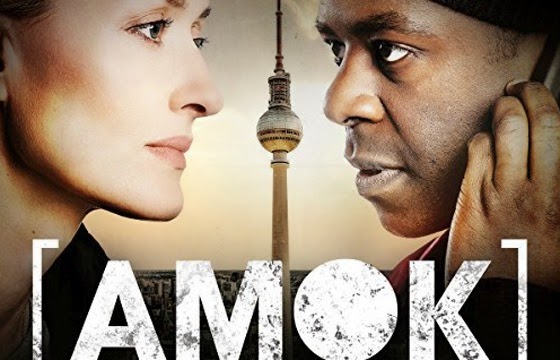 Have you ever considered what it would take to make a renowned psychologist fly off the handle and run amok, endangering both his own life and that of others? Early one morning, Jan May storms into a Berlin radio station with a bag full of guns and body bags. He takes several people hostage including the station’s most popular presenter and several members of the station’s fan club. Jan has but one demand that he broadcasts to millions of riveted listeners, that somebody bring his fiancée to the station to see him. There is just one problem: May’s fiancée died in a terrible accident several months ago.

Faced with an already impossible situation, Jan May ups the stakes and decides to play a twisted version of the station’s popular contest Cash Call. Under May’s rules, he will shoot a hostage unless listeners answer the phone with the slogan “I listen to 101.5FM, now set a hostage free”.

The Berlin SEK (the special response unit) call in renowned criminal psychologist and negotiator Ira Samin to deal with May. Normally that would be a good idea as Ira is the best in her field but Ira has been in an alcohol-induced state of despair since the suicide of her daughter several months back.

As the day progresses and the situation spirals out of control, it becomes ever more apparent that a massive conspiracy is at play. With the fate of the hostages at stake and millions of Berliners listening in, can Ira save the day? 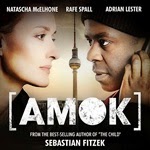 Amok is a novel by German author Sebastian Fitzek and the second of his novels to be dramatised for the English-speaking market by Audible. Like The Child, which I reviewed last year, Amok is expertly narrated by Robert Glenister (Spooks, Hustle).

The production of Amok is superb and listening to the audio dramatisation is as nail-biting as watching a television show. Together with the actors’ lines we hear background noise and a dramatic musical score. The suspense is non-stop and it is difficult to stop listening.

I want to say something like "Adrian Lester is superb as Jan May" but let’s be honest, is there anything Adrian Lester does that isn’t excellent? He is absolutely menacing in his role as Jan May and there were scenes in the story that simply made my blood run cold.

Likewise, Natasha McElhone and Rafe Spall were excellent as Ira and Oliver and you could feel the rapport between them. The star of the cast would be Brendan Coyle in his role as the key antagonist Schuwalow (at least that’s how I think it is spelled). Brendan has a great voice for audio and I must admit to playing his scenes back more than once just to hear his voice again. If Adrian Lester is convincing as the maniacal but desperate May, Coyle is even better as the morally bereft criminal mastermind.

Spoiled as we were by the production of The Child, I had high expectations for Amok and even these were exceeded. Sebastian Fitzek has an outstanding ability to weave together complex tales of betrayal, depravity and greed. Amok is simply brilliant and I would recommend that everybody rush out and listen to it.

You can buy Amok on Audible. Remember that if you are a new customer, you will receive one free book when you sign up to Audible for a free trial.