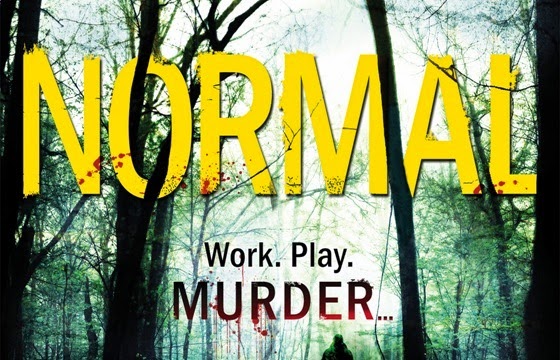 Normal, unremarkable, invisible. There is a killer on the loose in England but you won't see him coming because you won't even notice he is there at all. That is until he falls in love with a checkout girl and begins making fatal errors, of course.

Normal is the debut novel by Graeme Cameron and is due for release on the Mira Books imprint on 31 March 2015. It is a small town England version of Dexter or Silence of the Lambs, told in the first person narrative of a nameless killer.

This is where the book falls into difficulty. Without the cold, objective glare of a profiler, we're given very little insight into the killer's motives beyond what he tells us and he isn’t the most forthright of narrators.

What actually happens is that the reader is subjected to the misogynistic inner dialogue of a killer as he lures unsuspecting women into his van and either murders them immediately  or abducts them, holds them captive and terrorises them before he releases them into the woods only to hunt them down and kill them anyway.

There is no pattern, nothing links his victims, we’re told little about his motivations beyond that his father wasn’t particularly nice and his mother abandoned him as a child.  It could be that this lack of structure to the serial killer’s actions belies a lack of research on the part of the author but it might simply be an opinion that not all sociopaths follow a set pattern.

What did seem unlikely to me were the actions of the police and the manner in which they accumulated evidence about the murders and disappearances. Firstly, there are CCTV cameras along just about every stretch of canal in England as was evidenced in the disappearance of Alice Gross and Chris Brahney. It is possible but unlikely that the entire events taking place in the book alongside the canal would not have been captured, at least in part, on CCTV. 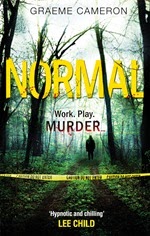 The police become hellbent on pinning the crimes on the killer in Normal but at no point whatsoever do they present a shred of evidence beyond our narrator owning a white van combined with a healthy dose of the great old police stereotype: gut feeling. Again, that might work in a novel set in any other country but roads in England are teeming with CCTV and average speed cameras and it is highly likely that the police would have had a significant amount of evidence at their disposal including the exact number plates of the van they were looking for.

The final nail in the coffin for me was how unlikely the characters’ actions were in Normal. The narrator paints his hostage Erica as morally bereft and quite insane by the end of the book but no amount of Stockholm syndrome would even come close to explaining her actions. Likewise, the detective Fairy would never have colluded with him, in a manner real or apparent. He was losing out to tokenism, he would have dug his heals in and solved the damn case. And finally, Green would never have switched back and forth between mothering him and essentially letting him get away with murder.

A last word on character development. We’re lead to believe that all of this mayhem ensues when the killer falls in love with a checkout girl but ultimately, she falls in love with him. Nothing about his actions suggests anything further than distraction and he certainly doesn’t grow as much the author would like you to believe.

It's always disturbing when a book has a string of positive reviews to find that you are the sole dissenting voice. On the one hand, I commend the author for writing such a vile, hateful character but on the other, I'll probably stick to Twitter next time I want to browse the innermost thoughts of a sociopathic misogynist.

It occurs to me that Normal is probably a spoof and I probably just didn’t get it but from the cover commendation by Lee Child, all appearances were that this was a serious attempt at crime fiction. Besides, there are far better researched, more intelligent ways to write comedy.

I did laugh out loud on more than one occasion while reading the book and for this reason I give Normal a disappointing two out of five stars.

I wouldn't completely avoid it but I wouldn't recommend it either.

if you must, Normal is available to purchase at Amazon.co.uk. Honestly, I'd rather recommend you read Darkly Dreaming Dexter

instead. At least Dexter was likeable.