Looking is the new critically acclaimed HBO series from Michael Lannan (creator of Nurse Jackie) and starring Jonathan Groff, Frankie J. Alvarez, Murray Bartlett and Russell Tovey. It aired in January 2014 to rave reviews and the complete first season is now being released on DVD and Blu-ray just in time for the airing of the second season. 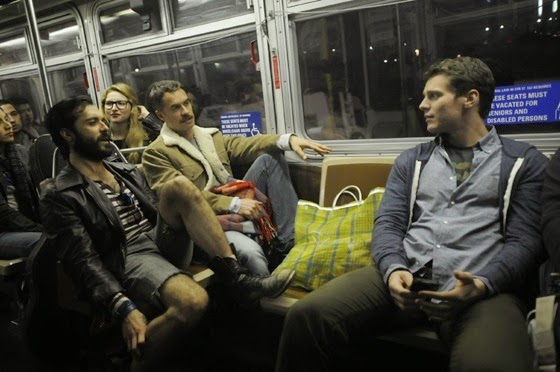 Set in the iconic city of San Francisco, Looking provides an unfiltered look into the lives of three friends and their romantic escapades as they navigate the city’s gay scene and come to terms with successful ex-boyfriends, commitment, attraction and vulnerability. 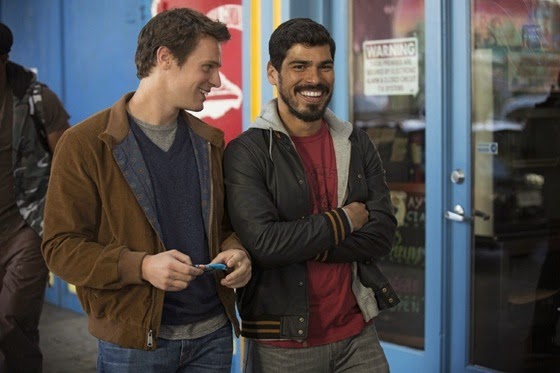 Patrick is a 29-year-old video game designer who is reeling from the upcoming nuptials of his ex-boyfriend. He’s not certain if it is a hook up or relationship that he is looking for but over the course of the season, we see him grow from a somewhat naive character to one who ultimately stands up for himself. That doesn’t mean he isn’t capable of catastrophic mistakes though and Patrick’s choices in the last episode will mean a lot of trouble for next season.

His main love interest is Richie (played by Raúl Castillo) and their difficult, volatile relationship takes up a good chunk of the storyline in season one. Jonathan Groff is fantastic in his role as Patrick and has the most expressive, seductive face. I’m not surprised Richie fell for him! 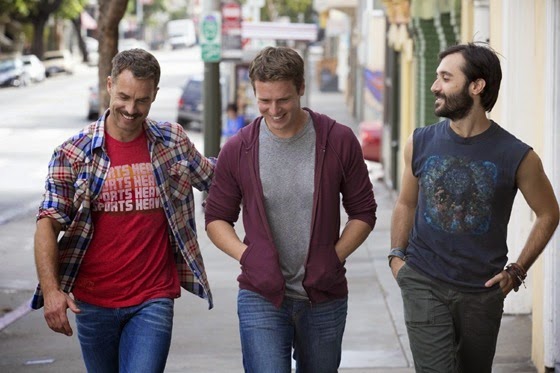 Dom (pictured above on the left) is my favourite character. We meet him just before his 40th birthday and it is safe to say he feels old. Dom is what you’d call a career waiter who once had big dreams of owning his own restaurant. Early on in the season we see him come face-to-face with his ex-boyfriend, a former meth junkie who happily accepted the gift of Dom’s life savings before disappearing out of his life. Soon Dom meets businessman Lynn (played by the ever lovely Scott Bakula) who teaches him that he is not as old as he feels and still has a lot to learn. 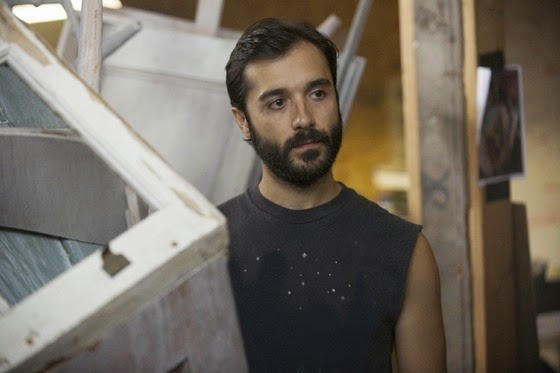 Agustín was one character I didn’t really get. He was selfish and chaotic and it is safe to say I sided with his partner Frank (O.T. Fagbenle) in everything that ultimately transpired in the season. Agustín is an aspiring artist who hasn’t exactly made a success of his life. Something about moving in with Frank in the first episode causes him to push his boundaries until ultimate, he pushes too far. I can’t wait to see him picking up the pieces in the next season.

One of the stars of the show is definitely Russell Tovey in his role as Patrick’s boss Kevin Matheson (although not in the way you might be expecting). Unlike his perfectly lovely, slightly vulnerable roles in Being Human and Sherlock, Kevin is a nasty, manipulative piece of work. There is going to be a lot of drama in the second season of Looking and Kevin is going to be right in the middle of all of it.

I watched this show on Blu-ray and was reminded once again of why Blu-ray is so much more worth it than regular DVD. The video quality allows beautiful vistas of the San Francisco Bay Area and city while the DTS 5.1 audio really brings the funky soundtrack to life.

Looking is funny, addictive, heartbreaking and uplifting all in one and I cannot wait until the second season. I give it an HBO Looking unequivocal five out of five stars. Definitely catch the first season and definitely look out for season 2 which starts on HBO on 11 January 2015.

An advance copy of this Blu-ray was provided to me for the purposes of this review and all opinions contain herein are my own. This review contains affiliate links.