Christmas will come early this year with an exclusive performance from Paul Potts on Monday 22 December on Ideal World TV. The Britain’s Got Talent star is to be the first ever high-profiling singer star to appear on the channel, making this performance a real first for viewers.

At 8pm on the 22nd Paul will be performing three songs, including an exclusive track from his new album, ‘Home’, and will also be interviewed live on air! Paul’s performance will have a direct influence on his chart sales, as a number of limited edition signed copies of his new album will be available to purchase after the performance, selling at £9.99 (including Postage and packaging.)

Paul said, ‘I am so excited to be the first live act to perform on Ideal World TV. Singing on a shopping channel is such a modern way to showcase my music to fans, and I hope everyone enjoys the show!’

The singer first shot to fame in 2007 with success on the ITV talent show, Britain’s Got Talent. Performing classic and pop-opera music, his winning performance of Nessum Dorma, and debut album ‘One Chance’ were a huge success in nine countries. 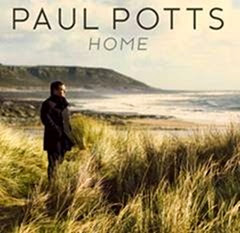 Andrew Gabriel, Managing Director of Ideal World TV, said: “We are delighted to be hosting this performance. Paul is such an inspirational story and is loved the world over. He really is a great talent and we hope viewers enjoy this early Christmas treat!”

Currently, Paul is involved in a world-tour for the promotion of his new album ‘Home’, which looks to be a huge success.