Debug is written and directed by David Hewlett (Rise of the Planet of the Apes, Cube) and stars Game Of Thrones’ heart throb Jason Momoa alongside Adam Butcher and Jeananne Goossen. It is a tense and claustrophobic psychological thriller, a feat achieved even though the film takes place in the well-lit and vast expanses of the space freighter.

Despite this, Debug also manages to be incredibly boring. 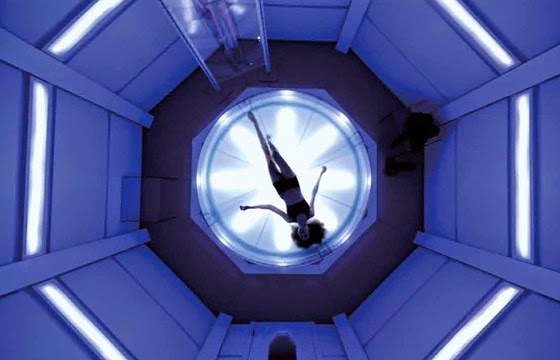 In the far reaches of the galaxy, a massive space freighter stands derelict. Six young computer hackers are sent across space to the freighter, charged with debugging the malevolent computer systems of rogue programmes as punishment for their cyber crimes. As they separate to apply their skills, it soon becomes clear that they are no match for a vengeful artificial intelligence that will stop at nothing to become human. What secret does this ship hold and what fate lies in store for the hackers? 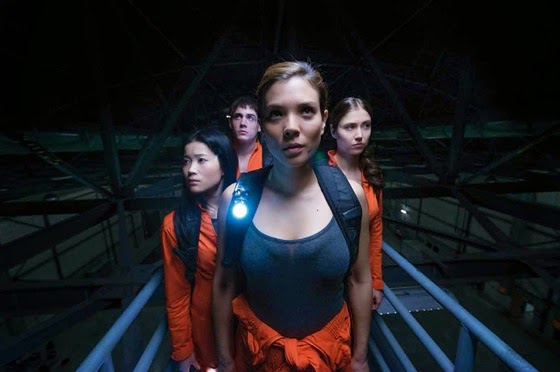 It seems that it is the ultimate curse of the film fanatic: the more excited you are about an upcoming release, the more disappointed you will be when it just doesn’t live up to your high standards. This was certainly the case with Debug. The premise sounded incredible and I was really looking forward to different kind of psychological thriller, one set in space and with a plot that involved hackers, artificial intelligence and a lot of action. In fact, the trailer just about promised non-stop action. 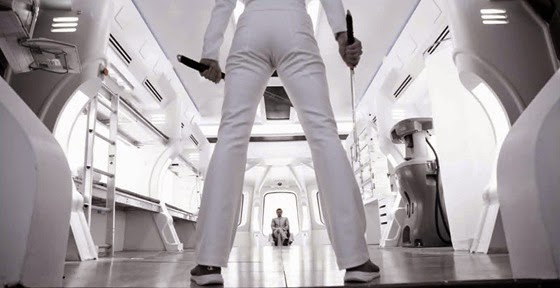 Warning: Spoilers ahead. The problem is that in creating a beautiful, atmospheric and claustrophobic film – the cinematography really is quite good – the director managed to achieve a clinical, sterile and rather eventless film in which the characters are picked off one by one and nothing really happens. Even the deaths seems to happen with such precision that you’re left wondering how exactly you should feel about them. It really did remind me of those nightmares where you die and wake up in a hospital ward which is frightening in and of itself but nothing else happens because that is scary enough. 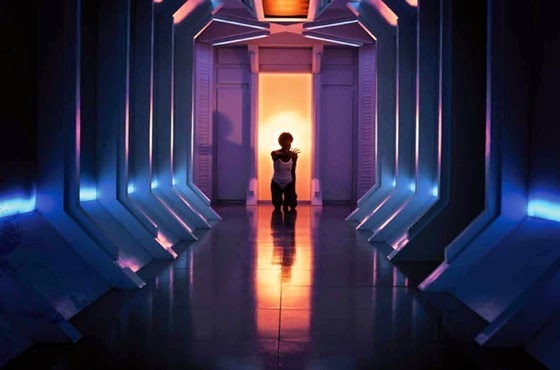 Ultimately the film relies too much on what amounts to be a couple of plot holes. Why did Kaida (Jeananne Goossen) lead them to the space freight? She said it was to get them home sooner but how on earth could she possibly suspect that would work? 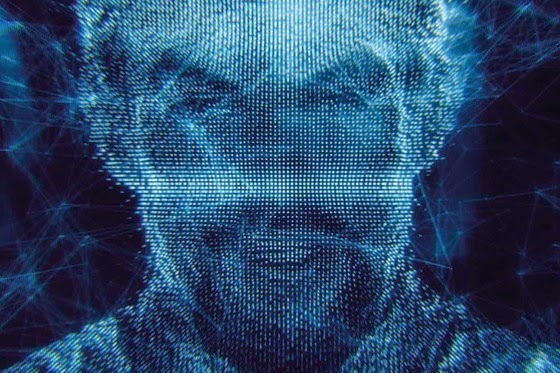 There were some good performances in the film. Jason Momoa was very good in his role as the murderous I Am but I would certainly have liked him to ham up the horror a bit. Adam Butcher was good in his role as James McKay although how he landed up being the protagonist of the film when he spends most of the climax passing out and bleeding to death is beyond me. Kaida (Jeananne Goosen) is the ultimate anti-heroine of the film but was let down greatly by a really flaky plotline involving a colleague she may or may not have murdered in order to save the rest of the crew. 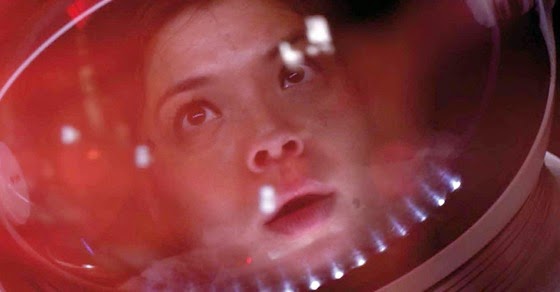 Ultimately, I’d say that Debug was the greatest film disappointment for me in 2014.

I'd give Debug a disappointing two out of five stars. I wouldn't say it is a complete waste of time but I'd definitely recommend that you catch it on DVD or Blu-ray rather than going to see it at the cinema.

Released by Signature Entertainment, Debug is out on DVD and Blu-ray in the UK and is available for purchase from Amazon.co.uk.