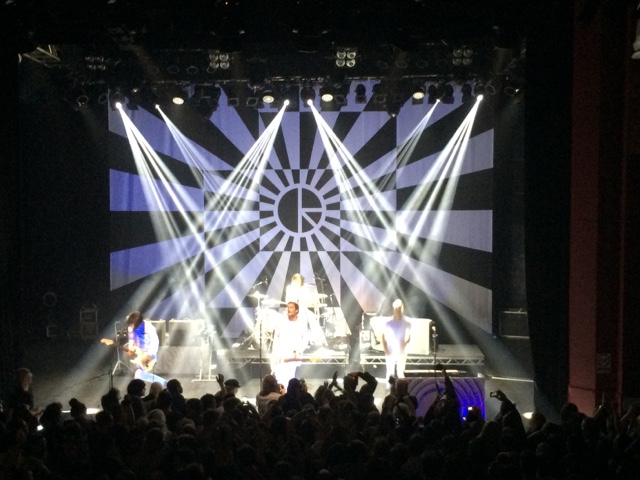 Tomorrow marks the Klaxons' nine year anniversary. Nine years of mayhem and chaos, magic and stratospheric success but "alas Shepherd's Bush", says Jamie Reynolds, "there is no other time". And there won't be because this is it: the final Klaxons gig in the UK.

It's a pretty bitter pill to swallow. For me, the Klaxons represent my entire journey in the UK from the moment I first heard "Not Over Yet" shortly after my arrival to this Monday morning at 7am, blasting out "Children of the Sun" on my iPod to dispel the Halloween cobwebs. 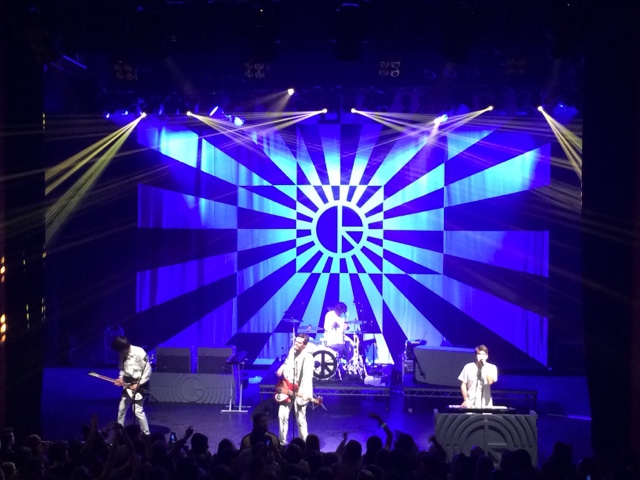 There were highs and lows, of course. Highs would be when I first saw them at the NME Big Gig at the O2 in 2008 and last year's brilliant comeback at Hard Rock Calling in Victoria Park.

I had no idea this morning that this was going to be the last Klaxons gig I would ever see but I am so very grateful that I had tickets to see it.

And what a performance it was. 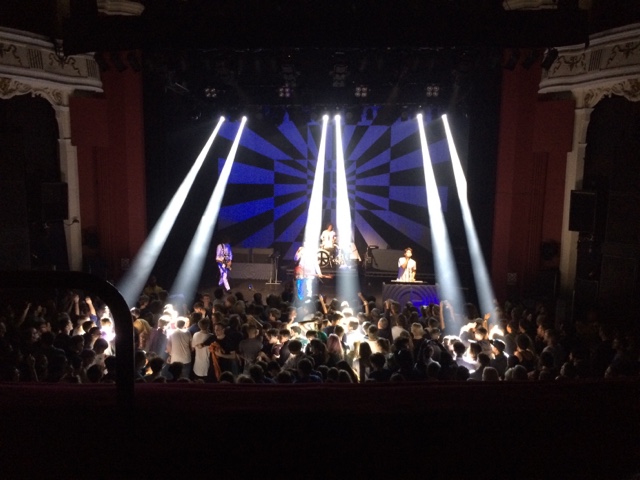 Tonight was, in a word, spectacular. It felt intimate, like a small farewell party for just the band and a couple of hundred of their biggest fans. It looked like the four lads were really enjoying themselves on stage and I'm pretty sure Jamie was crying at the end there (although I was crying big girl tears so I might be mistaken).

Klaxons burst onto stage with "New Reality" and went straight into "Atlantis to Interzone". Jamie didn't waste time confirming what we'd heard, that this was their final gig but very little else was said about that. They lead into "There Is No Other Time" to thunderous applause from the crowd, followed by "Gravity's Rainbow", the drum mastery of "Twin Flames" and "Show Me a Miracle".

"Golden Skans" was next and it felt like coming home. Suddenly it was the summer of 2007 again and Klaxons were playing 6 times an hour on Xfm and everything seemed possible. "Invisible Forces" followed and the crowd went ballistic.

The rumbling intro to "Two Receivers" sounded next, the first track from their debut album Myths of the Near Future. Once again it struck me as poignant, a return to their roots and where it all started. I could almost feel in my bones what was to follow.

"Magick". I don't know what else to say. I'm pretty sure I once listened to this track on repeat for six months and even then it was only superseded by the Metronomy remix of "Atlantis to Interzone". The performance of this track tonight, this fabulous, perfect track, was phenomenal. They were never going to simply go through the motions and play it. The band stopped midway and paused, whipping the crowd into a frenzy before descending into a rapturous finale. It was something I doubt I'll ever forget.

The final songs of the set were a bittersweet "Atom to Atom" and "Echoes". I knew they'd come back for an encore, of course I did but as the band left the stage, I couldn't help feel that this was it.

They soon exploded back on stage with thunderous renditions of "The Bouncer" and "Four Horsemen of 2012". With the dance floor in utter chaos they broke into a particularly momentous "Children of the Sun" before their final farewell. It was the first track I'd ever heard by then and only fitting it should be the last: "It's Not Over Yet".

How strange that my favourite dance track of all time would lead me to one of my favourite bands of all time. (I once searched high and low for over a year to lay my hands on the CD single for Grace's "It's Not Over Yet" in the days before the dawn of the Internet).

And suddenly it was over. I can't help but hope that we see Klaxons again at festivals or in comeback tours but if that was it, if I'll really never see them again, well then it was all worth it. Tonight will count as one of the best gigs I have ever seen and a fitting farewell.