Whenever a music recommendation lands in my inbox proclaiming to sound like Nick Cave or Ian Curtis, I’m always equally curious and dubious. In most cases, the artist is simply trying too hard and what they gain on technique they lose in originality. No matter what, I always give them a listen.

It is rare that such an album will draw me in from the very first track and more unusual still that it will keep me captivated right to the end but that is exactly what happened the first time I listened to Michael Cullen’s True Believer. 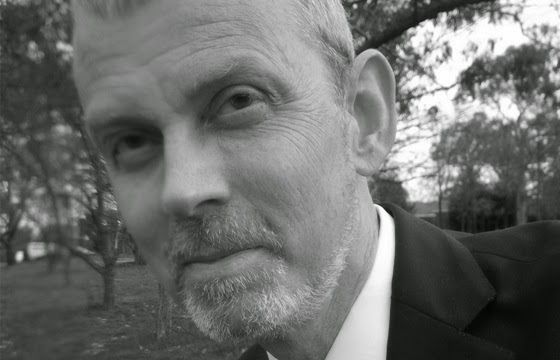 Michael Cullen is an Australian song-writer and performer and is no stranger to the Sydney alternative music scene. In the 1980s and 1990s he was part of bands such as No Man’s Land, The Hardheads and Watershed before taking an extended break in the late 1990s.

Michael says that his influences range from ABBA, The Beatles and Elvis Costello to AC/DC, David Bowie and The Cure (it is clear that he has an excellent taste in music because those are pretty much my early influences too) but his music is clearly far darker than his influences. He plays old semi-acoustic guitars and like to record his music on tape machines, tube microphones and other analogue equipment. When combine with Michael’s intense baritone vocals, the result is a haunting sound that more accurately draws comparisons with Nick Cave, Tom Waits and Johnny Cash.

Michael has been collaborating with Tim Powles of The Church for almost 20 years. Powles produced and contributed drums to both of Michael’s solo albums and first collaborated with Michael on his debut album Love Transmitter.  Before joining The Church, Tim played drums for The Venetians, The Divinyls and Angry Anderson.

True Believer is Cullen’s sophomore album consisting of nine tracks and is released in October 2014. The album was mixed and recorded in Tim Powles Spacejunk III studio and Studios 301 between 2011 and 2013 and was co-produced with Powles and mixed by Danton Supple (Morrissey, Coldplay). 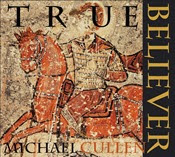 Cullen sets the tone for the album from the very first note and fans of Nick Cave will recognise his influence immediately. “Black Dog” is a tale of depression, self-loathing and loneliness which you can listen to below.  You know that times are hard when even Leonard Cohen can’t broach the depths of your bad luck.

The tales of woe continue with the organ-thumping “Believer” before the bitterness sets in with “Nothing Special”, “Black Coffee and Cigarettes” and “Damaged”.

“Cha Cha Cha d’Amour” is another standout track. This song has great rhythm and talks about the dance people take when they are playing games in a relationship.

The themes of betrayal and loneliness continue with Cullen’s epic organ-drenched anthem “I Walk Alone” and the rather bleak “I Never Knew” before the frenzied guitars and drums in “Broken Horses”.

True Believer is an emotional and intense album that draws you in from the opening chords. It takes the listener on a gut-wrenching journey of betrayal and loss before finally releasing them in a breathless state with heart beating out of the chest.

I give True Believer five out of five stars and really do recommend the album to fans of Nick Cave, Joy Division, Johnny Cash, Tom Waits or Leonard Cohen.