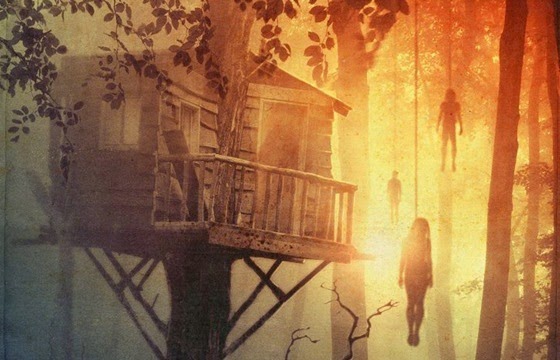 In a rural White River town, a teenager arrives home to her abandoned farmhouse to discover that something terrible has happened. She grabs a gun but can she match the unseen evil that awaits her? Meanwhile, across town schools are closed as news of child abductions spreads. Brothers Killian (J. Michael Trautmann) and Crawford (Daniel Frederick) return home but soon make their escape to the woods for some fun. 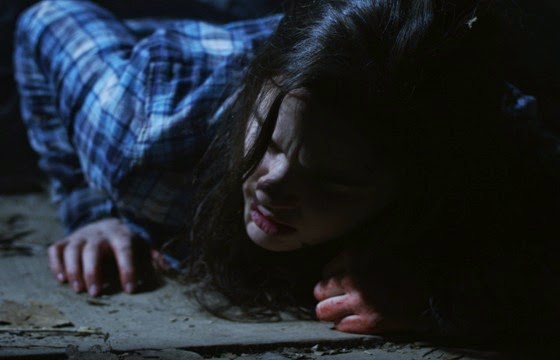 What they find instead is the terrified and bloody Elizabeth (Dana Melanie) hiding in a dilapidated treehouse as if her life depends on it and it does. With the unknown threat coming ever closer to them, Crawford leaves to go for help leaving the two teenagers to fend for themselves.

Treehouse is an independent thriller suspense directed by British film maker Michael Bartlett (The Zombie Diaries). It had quite a healthy budget for an independent film coming it at $3.25 million but the film has a decidedly low-key, retro feel. There are some scenes of sweeping cinematography with aerial shots of the vast woodlands but most of the film focuses on close-ups of Killian and Elizabeth in their fight for survival. 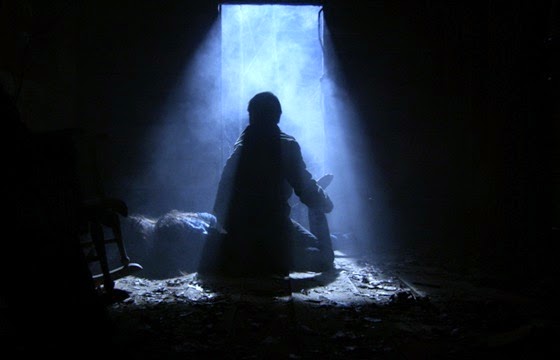 It is not until the final scenes that the nature of the threat is finally revealed but there is little time to ponder their motives as the characters are subjected to an ever-increasing barrage of persecution.  All we know is that they are watching, waiting, taunting and threatening. 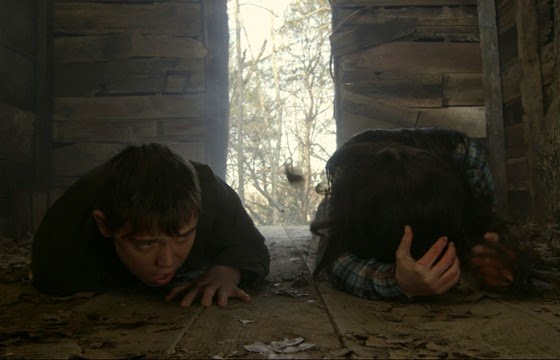 This is not a typical slasher film with much of the carnage taking place off-screen or witnessed second hand. The use of photographs during the  reveal which enabled viewers to simultaneously learn what had happened and witness the character’s horrified reaction was particularly effective. 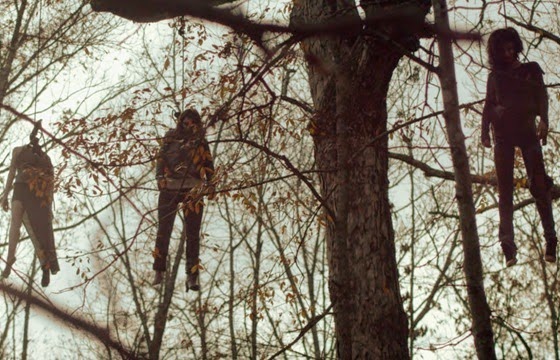 The film relies heavily on the characters’ back story which is conveyed through the use of flashbacks. It is clear that Killian and Elizabeth react to their current predicament based on their past traumas but in places the young actors seemed to falter a little beneath this emotional baggage.  Together with an ending that is a little corny and a bit too convenient, this reduces my rating on an otherwise adequate film. 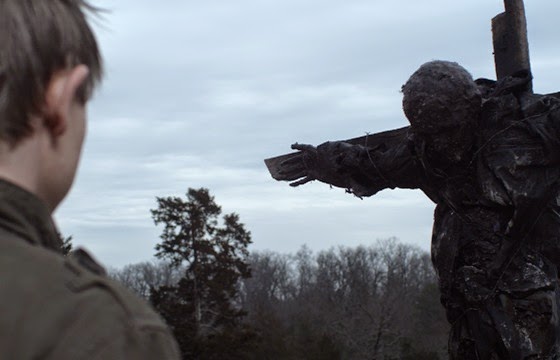 I give Treehouse an okay three out of five stars and would recommend it as part of a Halloween movie marathon.

Treehouse is out in the UK this week and is available to buy from Amazon.co.uk. The film will hit the St. Louis International Film Festival in November and should see a more general release in the new year.