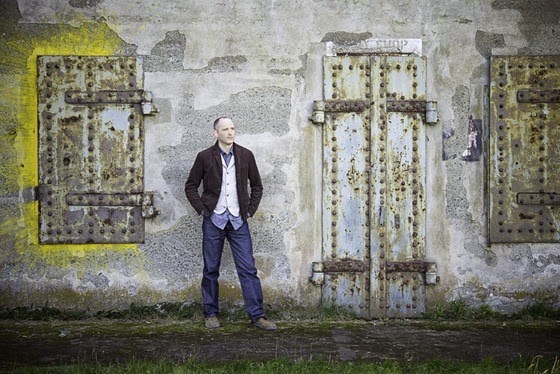 It is a rare occasion for sure but every now and again we get a scorching summer in England, so much so that by the time September comes, I’m in the mood for something a little cooler and downtempo. This is exactly how I was feeling when I first heard John Haesemeyer’s new album Three Mirrors. It was a Sunday afternoon with long shadows and the first hint of a winter chill in the air and I simply sat back, relaxed and enjoyed the moment. Don’t worry, I’m sure I’ll be back with something banging next week.

John Haesemeyer (pronounced HAZE-mire) is a San Francisco-based performing artist who fuses folk and pop genres, emphasizing intimate vocals, acoustic instruments, and the rhythm section of a rock band.  If you like Ryan Adams, Neil Young, Mumford & Sons, Bruce Springsteen or Dan Wilson, the chances are you’ll enjoy John Haesemeyer. In 2013, Haesemeyer released his debut record Come Along Quickly through Hyde Street Studios and he releases his sophomore album Three Mirrors this week.

Three Mirrors is written by John Haesemeyer, produced by Nahuel Bronzini and once again recorded and mixed at Hyde Street Studios, Secret Studios and Studio Burgundio in San Francisco. The album features three collaborations with prominent Bay Area musicians including Levi Seacer Jr. (former guitarist for Prince) who arranged the gospel choir section on "Think I’m Going Down"; a duo with Leah Tysse on “Vancouver’s Shore” and Argentinian writer and arranger Nahuel Bronzini who wrote orchestration for “Three Mirrors”.

Stand out tracks include the first single “Two of Me” and the blues anthem “Think I’m Going Down” which you can listen to and download using the Soundcloud widget below.

The new video for “Two Of Me” off the new album will be released later this month. In the meantime you can watch the video for “Love, Why So Far Away" featuring rapper Jendor on vocals from John's 2012 album Come Along Quickly. Look out for some fantastic dancing from B-Boys Profo Won, Marty MacFleezy and Dopey Fresh.