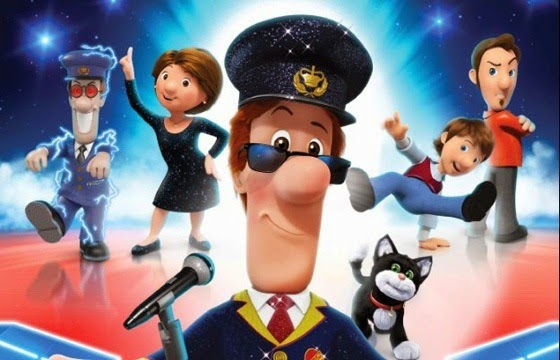 I have a confession to make; I’ve been a fan of Postman Pat since I was a little girl and never quite grew out of the show. In fact, I was 25 when I rescued a little black and white cat and named her Jess. Sadly, she was neither friendly nor particularly helpful but then again, I’m no Postman Pat. I therefore jumped at the chance to review the latest in the long running Postman Pat franchise: Postman Pat: The Movie. 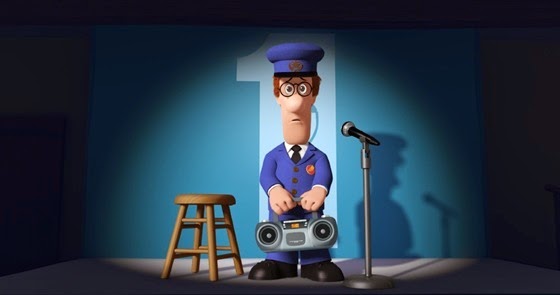 In Postman Pat: The Movie our favourite postman Pat Clifton is still doing the rounds in Greendale with his trusty black and white cat Jess. He lives in Forge Cottage with his wife Sara and six-year-old son Julian. Pat has been promising Sara a proper honeymoon for years and is certain that he’ll be able to take her to Italy when he receives his next bonus payment. But on the day when he expects to pick up his bonus, he meets the conniving Mr Carbunkle who announces a series of cost-saving measures at the Special Delivery Service. There certainly won’t be any money for bonus payments he says, never mind toilet paper or teabags for staff! Is this austerity Postman Pat?

When Pat hears about Simon Cowbell’s new talent show You’re The One coming to Greendale, he isn’t too interested until he hears that part of the prize is a trip to Italy. Will he be able to take Sara on her honeymoon after all? And just what plan will Mr Carbunkle come up with to replace Pat while he is busy touring with the show? Hint: it involves robots! 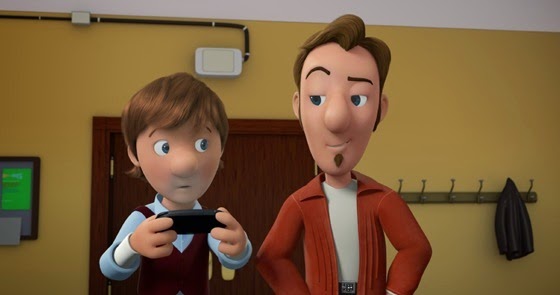 Postman Pat: The Movie has a lot of big name stars attached to it and fans of Doctor Who and the Harry Potter franchise will be delighted to hear the voices of David Tennant, Rupert Grint and Jim Broadbent. It’s not often we get to see David Tenant play a character as (in his own words) ‘unscrupulous and desperate’ as Wilf! Ronan Keating provides the singing voice for Pat – look out for his cameo earlier in the film when he gets rejected by Simon Cowbell!

Postman Pat must have been a difficult TV show to bring to the big screen and audiences certainly wouldn’t have enjoyed 88 minutes of watching Pat potter about the countryside rescuing sheep from trees but ultimately I think the film tried to do too much. There were a lot of adult themes such as austerity, rationalisation and job insecurity which, rather than appealing to me as an adult, made me sad that even my favourite childhood show had been tainted by these issues.

There are certainly a lot of funny parts – I especially enjoyed the scene where Carbunkle tested his robot prototypes – but what of the target audience? Postman Pat is aimed at preschool children and has always had a simple, idyllic feel to it. In Postman Pat: The Movie, we see Pat in far more peril and danger than ever before. Far from being helpful and a pillar of the society, he is disappointing to Sara and Julian, to the community and even to Jess!

I give Postman Pat: The Movie three out of five stars. It might appeal to slightly older children, perhaps those who are familiar with the alien invasions of Doctor Who but I think the film might have missed the mark with its target audience and might be just a little bit too scary for them. I wouldn’t give it a miss all together but I’d certainly accompany children on their first viewing.

Postman Pat: The Movie will be out on DVD and Blu-ray on 29 September 2014. It is available for purchase from Amazon.co.uk and Amazon.com.

An advance copy of this DVD was provided to me for the purposes of this review and all opinions contain herein are my own. This review contains affiliate links.