A Man of Many Talents: Terrence Howard's Top 9 Best Films

Terrence Howard is one of those actors that can fit into any role and any genre in a seemingly effortless manner. With far-reaching talent and contagious charisma, he can easily go from portraying a hard-core pill-popping pimp to a loving husband and father of two, convincingly demonstrating his flawless acting skills. Having starred in more than 80 films and TV shows, the Oscar-nominated actor is one of the busiest workers in Hollywood. Howard’s latest on-screen appearance was in director David Ayer’s Sabotage, opposite Arnold Schwarzenegger, as DEA agent Julius ‘Sugar’ Edmonds. A nail-biting action thriller about a special operations team hunted by a ruthless assassin, Sabotage is out on Blu-ray, DVD and digital platforms this week and is released by Lionsgate Home Entertainment.

To celebrate the release, we are taking a look at Terrence Howard’s extensive roster of films and picking out the 10 best movies that have defined his career so far: 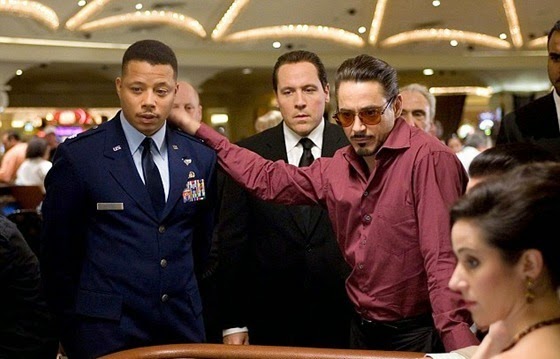 A stranger to no genre, Terrence Howard dipped his feet into the superhero pond when he signed up for the role of Lt. Colonel James “Rhodey” Rhodes alongside Robert Downey Jr. in Iron Man. Howard was director Jon Favreau’s first choice for the role as he felt that the actor would make a great War Machine (Rhodes’ superhero alter ego) in possible sequels.

Unfortunately for Howard fans, in Iron Man 2 and Iron Man 3 he was replaced by Don Cheadle. 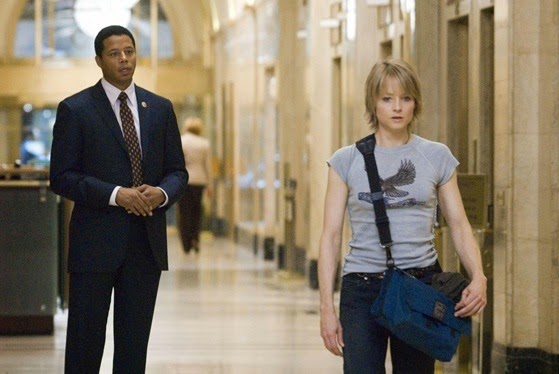 In this Jodie Foster-helmed thriller, Terrence Howard plays the part of Sean Mercer – the detective who is on Foster’s character Erica Bain’s feet as she goes around town avenging her fiancé’s brutal murder. Acclaimed by critics and audiences alike, The Brave One greatly benefited from the perfect on-screen chemistry between Foster and Howard, even though their characters were on the two opposite sides of the law. 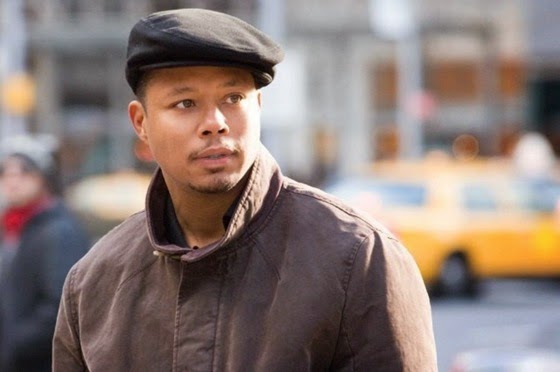 Terrence Howard once again demonstrated the many sides of his talent when he signed up for the small but pivotal role of Richard Jeffries in director Kirsten Sheridan’s musical drama August Rush. Sharing the screen with Keri Russell, Jonathan Rhys Meyers and Robin Williams, Howard gave a memorable performance that fit perfectly with the film’s poetic and sentimental undertones. 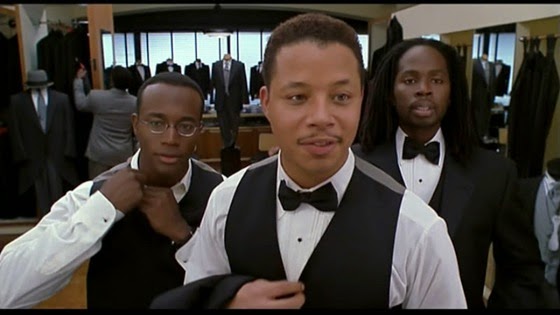 What started out as a little romantic comedy turned into a cult classic with an enormous following amassed over the years. Terrence Howard partners with an all-star cast, featuring Taye Diggs, Nia Long, Morris Chestnut, and Regina Hall creating an unforgettable comedy of errors written and directed by Malcolm D. Lee. The fan demand for a sequel grew so strong that, almost 15 years after its release, The Best Man Holiday hit cinemas around the world, reuniting everyone from the original cast. 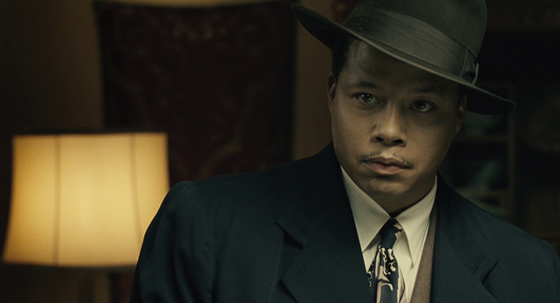 Ray tells the real-life story of legendary musician Ray Charles, starring Jamie Foxx in the title role, as well as audience-favourites Kerry Washington and Regina King. Terrence Howard portrays Gossie McGee – a friendly guitarist who helps Charles find a place to live. It was a small but important role for Howard as the movie received great recognition from critics, including a nomination for Best Motion Picture at the 2005 Academy Awards. 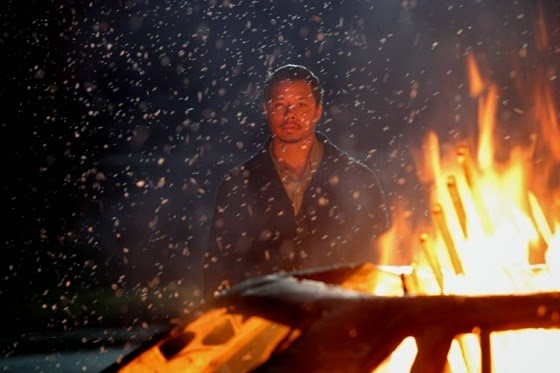 Another film with an all-star cast, Crash follows a number of intertwining stories all having to do with the high levels of racial tension that belie life in Los Angeles. Terrence Howard plays the role of Cameron Thayer – an African-American man whose relationship with his wife (played by Thandie Newton) becomes strained following his failure to intervene while she is being molested by a racist cop. Crash is one of the most critically acclaimed movies of the past decade and recipient of Oscars for Best Motion Picture and Best Original Screenplay. 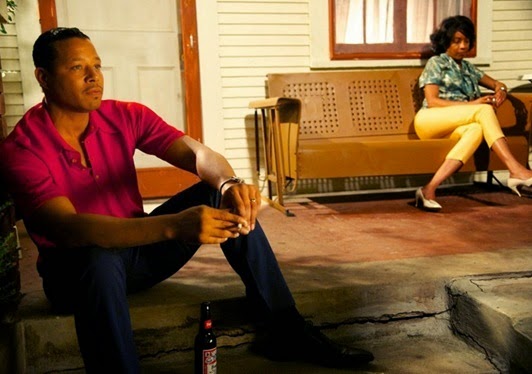 More recently, Terrence Howard appeared in this Lee Daniels-directed biographical picture about Cecil Gaines’ long-lasting tenure as a butler at the White House. While the movie’s leading roles were trusted into the hands of Forest Whitaker and Oprah Winfrey, Howard’s turn as, well, Howard – the neighbour who is interested in pursuing more than just friendship with Gaines’ wife – managed to catch the attention of critics who praised his performance as a highlight of the movie. 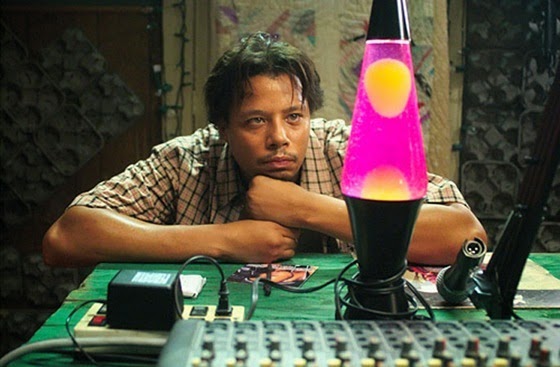 Arguably Terrence Howard’s most prominent role to-date, Hustle & Flow revolves around a Memphis pimp named DJay (Howard) whose dream is to become a successful hip-hop emcee. What may initially seem like your typical rise-and-fall story certainly manages to grab the viewer’s attention through the cleverly written script, magnificent directing and flawless performance by Howard in the leading role. Following the release of the film, the actor received a string of awards and nominations, including Oscar and Golden Globe nods. 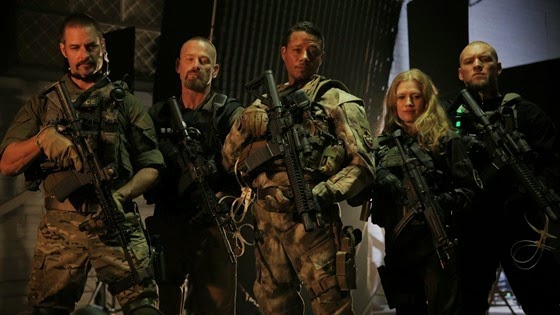 It is definitely not easy sharing the screen with one of the biggest action stars in the history of cinema (Arnold Schwarzenegger) and two of the most attractive guys in Hollywood right now (Joe Manganiello and Josh Holloway). However, Terrence Howard manages to fit just fine within that group and shines as Julius ‘Sugar’ Edmonds in his latest big screen appearance. As a member of the Schwarzenegger-run elite DEA task force gone rogue, Howard finds himself as one of the targets of an unknown murderer on the loose. With so much testosterone and action talent in one place, Sabotage promises a thrilling experience.

Sabotage  is released by Lionsgate Home Entertainment and is out this week on Blu-ray, DVD and digital platforms.