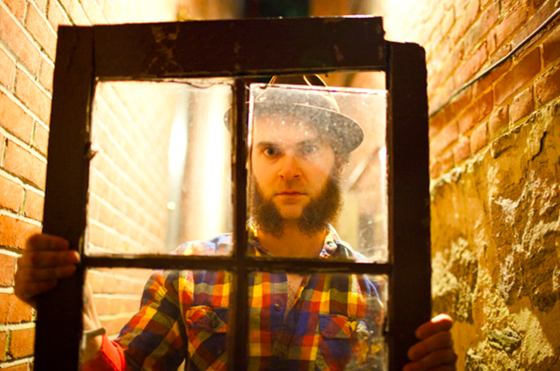 I’ve come to a startling realisation. I think I love bands with crazy ensemble names. I was obsessed with James Arlowe & The Ruffian Circus, mad about Walter Sickert & the Army of Broken Toys and who could forget Nick Cave & the Bad Seeds?

Well, you’ll be eternally thrilled, I’m sure, to know that I’ve discovered another one and they are bloody brilliant. Not only that, they’re giving away a free track.

“Eli August & The Abandoned Buildings are a Baltimore, MD and NYC based Chamber Folk ensemble that plays dark and melodic heartfelt tunes”. 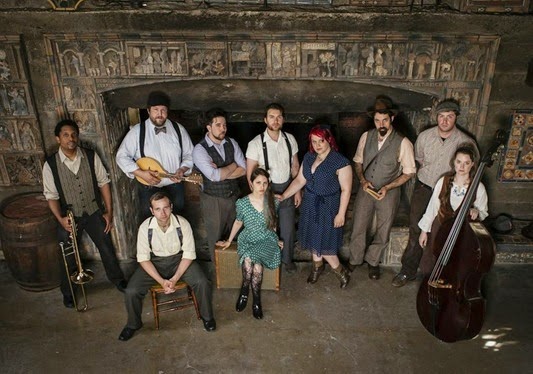 Believe it or not – they actually fit on a stage together!

A Heartache Suite  EP will be released on 2 September 2014. True to its name, this five track EP is dedicated to heartache and it is dark. In fact, it is only when you really listen to the lyrics that you realise just how dark it is.

The EP begins with the instrumental “Overture” featuring a refrain that will be reprised in the closing track “Wrought”. “Although You’re Gone” takes us off to a foot-stomping, angry start which is followed by the deceptively upbeat tracks “Holy Ghost” and “Slow Start”. I’d say August has captured that faux-cheery sarcasm of post-relationship hell pretty well.

As brilliant as the EP is, I was quite grateful for its short length once I reached the end of the devastating and breathtaking finale “Wrought”. I’m not quite sure my emotions could have withstood a further onslaught and if ever I am unlucky enough to suffer another broken heart, this is going to be my theme tune. (Note to universe: if it’s okay, I’ll just listen to the track over and over again without the need for a messy divorce, okay?)

There aren't any videos yet from the new album, but this is "Where No One Knows" from their previous album To The Weak And The Weary.

The album will be available to purchase on iTunes from 2 September 2014. I would absolutely recommend buying the EP if for “Wrought” alone. 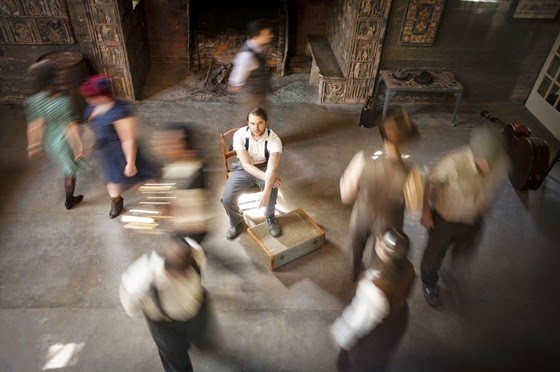