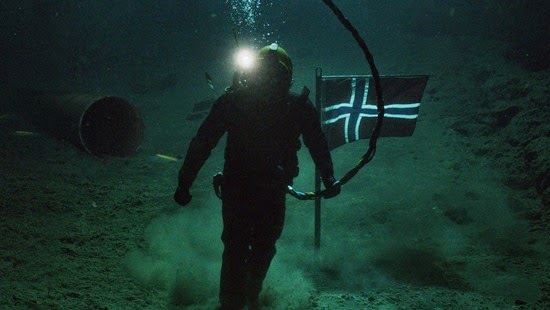 Throughout the course of cinema, there have been many films which tack into a common fear many cinemagoers share; the fear of confined spaces. To celebrate the release of Pioneer on Blu-ray and DVD on 4th August 2014 from Arrow Films, we count down the ten best examples of claustrophobic cinema.

12 Angry Men (1957)
The much-loved 12 Angry Men is solely set in a courtroom deliberation room where an all-male jury debates the fate of a teenager being tried for murder. Based on Reginald Rose’s Teleplay of the same name, Sidney Lumet’s classic explores many techniques of consensus-building amongst a group of men with differing personalities all to the backdrop of a sweltering New York summer’s day.

Das Boot (1981)
Set during World War II, we find ourselves as an audience thrust deep underwater within the confines of a German submarine. Providing an in-depth view into the inner workings of Nazi sailors and officers, Wolfgang Petersen depicts both the excitement of battle and the mundane tedium of daily life so well that every emotion felt throughout the film’s lengthy running time is heightened to varying degrees. 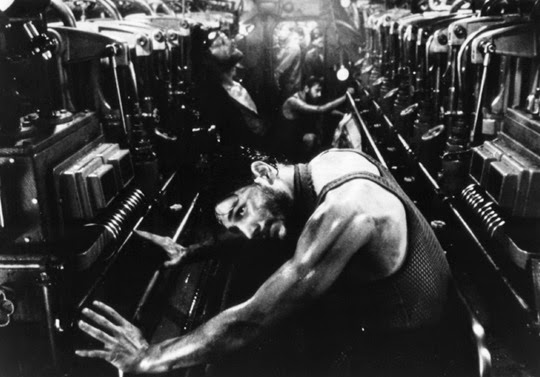 Speed (1994)
Jan de Bont’s action masterpiece is primarily set on a bus that’s been rigged to explode (by Dennis Hopper’s terrorist) if it falls below 50 miles per hour. What ensues is a thrilling ride in which the bus must sustain its speed with Sandra Bullock’s passenger behind the wheel, as Keanu Reeves’ officer Jack Traven attempts to disarm the bus. Opening and closing with similarly claustrophobic scenes (on a lift and train, respectively), the film’s unusual setting of mid-afternoon only adds to the unease of how events will transpire.

Cube (1997)
This French mind-bender is set in a mysterious, cube-shaped structure fit with a group of strangers. These characters have no choice but to navigate deadly traps as they attempt to make their exits, instead forcing themselves to use their intelligence to survive - something easier said than done whilst trapped inside a giant cube.

Panic Room (2002)
The title of David Fincher’s thriller alludes to a room within a New York City brownstone house where Jodie Foster and daughter Kristen Stewart find themselves holed-up in during a home invasion. Protected by concrete and steel on all sides and fit with an extensive security system with multiple surveillance cameras, the characters find themselves stuck inside for the majority of the film - and despite being free to leave, the predicament of the robbers laying in wait outside only makes matters even more claustrophobic. 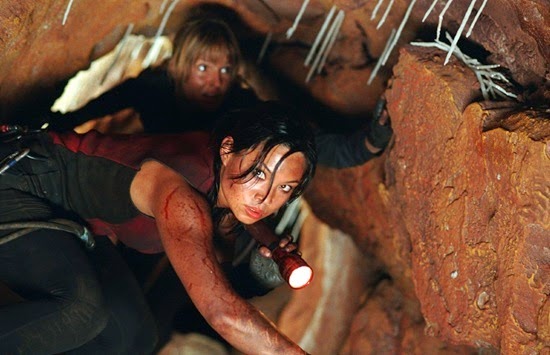 The Descent (2005)
Neil Marshall’s British horror The Descent follows a group of women who spelunk their way into an unmapped Appalachian cave system which throws all kinds of enclosed spaces and suffocating tension the way of the audience. Embracing the confined area, Marshall adapts camera technique around the film’s premise in which the women’s lives are threatened by flesh-eating humanoids.

Moon (2009)
Set on a mining bass on the moon, Duncan Jones’ sci-fi cult follows Sam Rockwell (in a career best performance) as Sam Bell, a Lunar Industries astronaut at the tail-end of a three-year work contract as the sole resident at a mining bass on the moon. Suffering hallucinations, Bell is unnerved when he discovers his very own doppelganger - real or a figment of his lonely imagination, he does not know.

Exam (2009)
A British psychological thriller, Exam features eight characters who are candidates for an employment assessment exam. Led into a room, each seated at a desk which sits one sheet of paper, an invigilator (Colin Salmon) explains how they have 80 minutes to complete the exam which consists of merely one question. Armed with certain rules, they are then left to their own devices to work out what that question is, the camera never once leaving the room in the process. 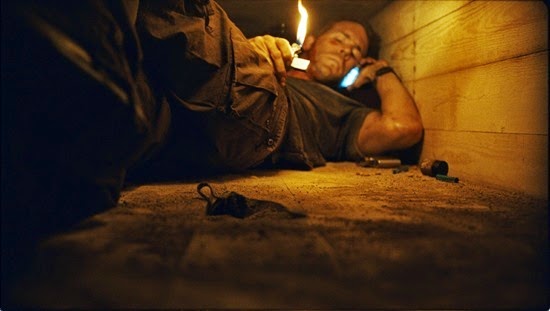 Buried (2010)
A hugely high-concept thriller in which Ryan Reynolds is stuck in a coffin for the entire film, Buried is heavily reliant on the actors and writing team to create something that lives up to expectation. Reynolds plays Paul Conroy, an Iraq-based American truck driver who wakes up to find himself buried in a coffin with several items, including a mobile phone. Films really don’t come more claustrophobic than Rodrigo Cortés’ effort. 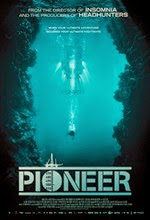 Pioneer (2014)
The Norwegian thriller Pioneer follows Petter, a professional offshore diver during the 70s, tasked with laying the first petroleum pipe in the North Sea. Following a tragic accident during a test dive, he discovers that his superiors are attempting to put a smokescreen on the true events and that his life is at stake. This well-received conspiracy embraces the claustrophobic nature of the setting to deliver something altogether more thrilling.