Guardians of the Galaxy: spoiler-free review 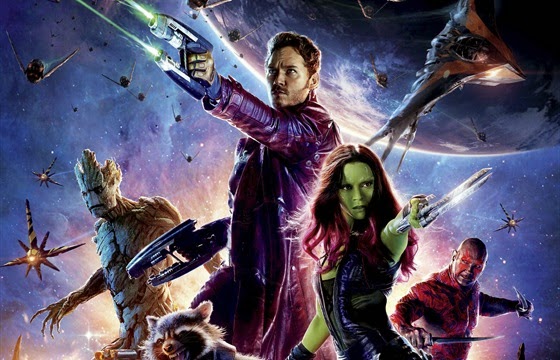 Last night I had the absolute pleasure of attending the official FDA Multimedia Screening of Marvel's Guardians of the Galaxy at the Odeon in Leicester Square. I can tell you now that if you’re a fan of the Marvel franchise you are not going to disappointed with this film. Guardians of the Galaxy is the penultimate film in phase 2 of the Marvel Cinematic Universe which has also included Iron Man 3, Thor: The Dark World and Captain America: The Winter Soldier and will conclude with Avengers: The Age of Ultron in May 2015. The film will be released at the end of next week in the States and the United Kingdom so this will be a spoiler-free review.

Peter Quill (Chris Pratt) is a Ravager who is known as Star-Lord, although apparently only to himself. He is a fortune hunter of sorts who discovers a mysterious orb that just happens to be coveted by the world-destroying maniac Ronan (Lee Pace). Having barely escaped the clutches of Ronan’s Kree hunters, Quill is cornered by the fearsome assassin Gamora (Zoe Saldana) and bounty hunters Rocket and Groot on the planet Xandar.  It seems his problems have only just begun though because soon Quill discovers the true power of the orb and the devastating consequences if it falls into Ronan’s hands. 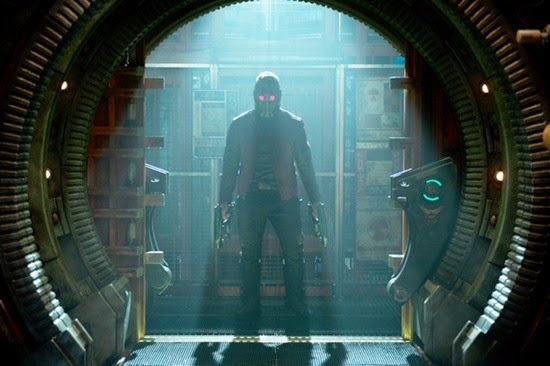 The first thing you will notice about Guardians of the Galaxy is the spectacular special effects and CGI. In the past I have been quite vocal about my dislike of 3D but this film has probably changed my view on that for good. Within the first minutes my breath was taken away by Chris Pratt’s Star-Lord costume and there was that rather embarrassing moment when I ducked when he kicked a dinosaur/squirrel off-screen. Yes, really. I had to hide my face from the person sitting next to me for the rest of the film.

The set design was pretty impressive too. It was reported that 350,000lbs of steel went into the set that made the giant intergalactic prison Kyln and it was certainly a worthwhile use of resources. I also liked the planet of Xandar which looked like a hybrid of London, with its wibbly wobbly bridge and winding river, and California. 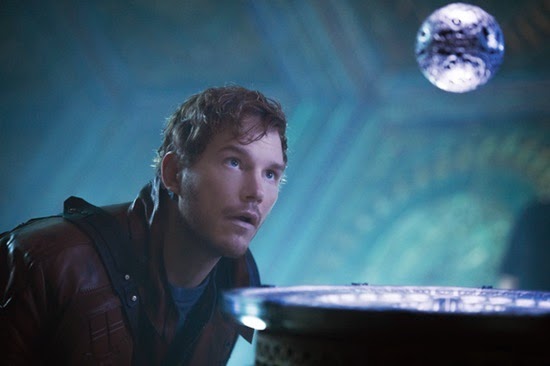 There were a lot of surprises in the film. Chris Pratt surprised me a lot. I thought that he made a very unlikely superhero and that he’d bring too much slapstick to the role. In true Marvel style, the film was hilarious which is a definite breath of fresh air when compared to the doom and gloom of the DC Comics films. I’m glad to say that I was wrong about him though; Peter Quill is now my favourite hero after Hawkeye and Thor.  Jeremy Renner will always be my favourite anything. 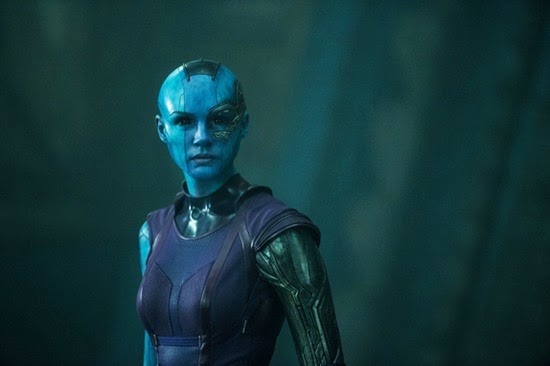 Perhaps the biggest surprise of the film was Karen Gillan in her role as Nebula, the adopted daughter of Thanos and evil side-kick of Ronan. Gillan is perhaps best known as Amy Pond in Doctor Who and I am a massive fan of hers so I don’t mean it lightly when I say that Gillan in completely unrecognisable in this role in both character and appearance.  She is not the only one too, I would never have recognised Lee Pace who plays Ronan.

The hottest character in the film was definitely Korath (played by Djimon Hounsou). I love the story (reported in ScreenCrave) Hounsou tells of how his son complained he could never light-skinned enough to play Spider-Man and now his dad is playing one kick-ass intergalactic hunter.

He’s not my favourite character though. That title would go to the awesome Groot. I’m afraid that I cannot tell you anything about Vin Diesel’s turn as the tree-like humanoid that wouldn’t amount to a spoiler but suffice to say, I want a dancing Groot plant pot.

My favourite moment in the film was undoubtedly when the crew arrive in Knowhere, located in the severed head of a celestial being, with David Bowie’s “Moonage Daydream” playing in the background. I love that song so much I once had a t-shirt made featuring the opening lines and so this was a pretty special moment.

In fact, the whole soundtrack is pretty brilliant. I did not think an obscure 1970s and 1980s mix-tape could work but it really does and I’ll be one of the first to get the soundtrack when it’s released. In addition to the David Bowie classic, it features 10cc’s “I’m Not In Love” and “Hooked on a Feeling” by Blue Swede. 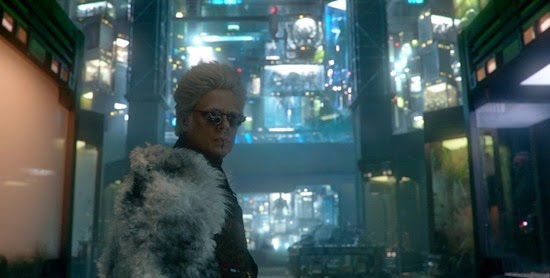 Unfortunately, not all was perfect with the film and I do have to complain. There was definitely not enough screen time dedicated to Benicio Del Toro’s kitsch character The Collector. He should definitely have featured more prominently in the film.

It should come as no surprise that I absolutely recommend Guardians of the Galaxy and give it a five-star review. Do yourself a favour and see this one in 3D.

Guardians of the Galaxy will be released in the UK on 31 July 2014 and in the USA on 1 August 2014. You can pre-order the double-CD soundtrack and score from Amazon.com or Amazon.co.uk (affiliate links).