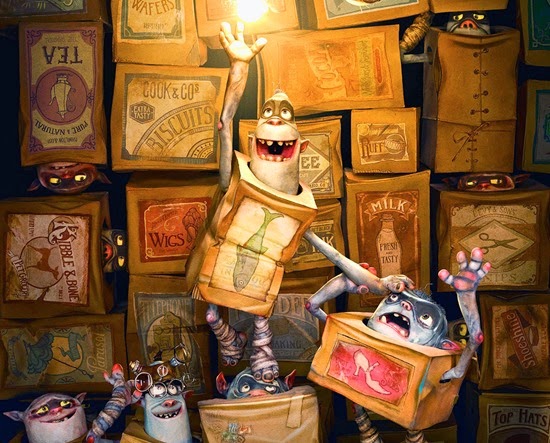 How awesome does this film look? Starring Isaac Hempstead-Wright, Elle Fanning, Ben Kingsley, Simon Pegg, Richard Ayoade, Nick Frost, Jared Harris and Tracy Morgan, The Boxtrolls is a Victorian fable set in the fictional town of Cheesebridge. In a society obsessed with wealth, class and the stinkiest of fine cheeses, not everybody has a family and not everybody is rich. Beneath the charming cobblestone streets dwell the Boxtrolls, horrible monsters whose sole aim in life is to steal everything the Cheesebridgers hold dear: their children and their cheese. Of course, Monsters taught us that not everything that is monster is undesirable or unlovable and the same is true of our trolls. The hero of the film is little Eggs ((voiced by Isaac Hempstead-Wright), an orphan raised by the Boxtrolls as one of their dumpster-diving and mechanical junk-collecting own. When the Boxtrolls are targeted for extermination by the dastardly Archibald Snatcher (voiced by Acadamy Award winner Ben Kingsley) Eggs and his rich little friend Winnie (Elle Fanning) must save the day. 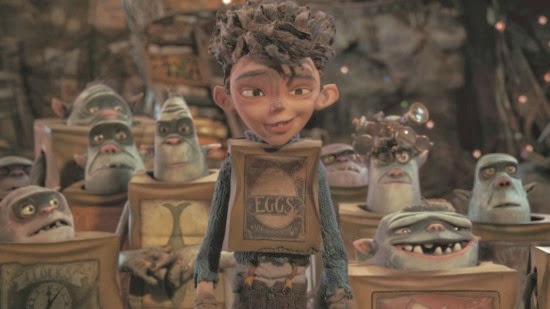 The Boxtrolls is brought to you by the makers of Coraline and Paranorman and is out in UK cinemas on 12 September 2014.

There are three trailers available at the moment, one of which is an awesome look at the design to plasticine to stop motion process:

This was my favourite of the trailers though:

This film looks super cute and is sure to be a smash hit. There aren't too many stills that I can find yet but I've taken some stills from the trailer. The first is of Eggs: 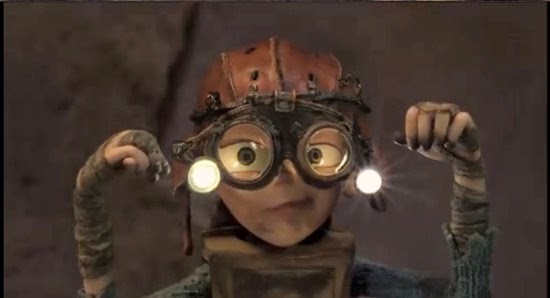 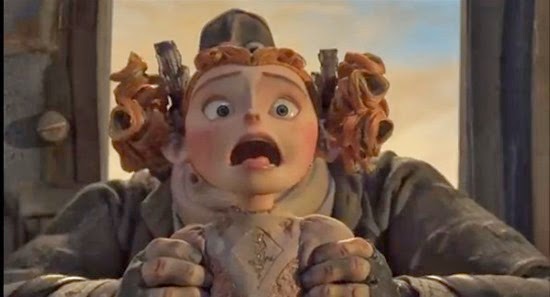 And a wormy Boxtroll... 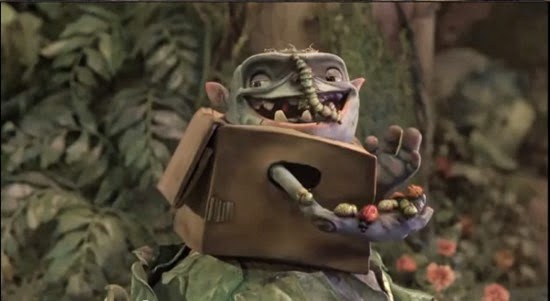 Finally, we have the one sheet: 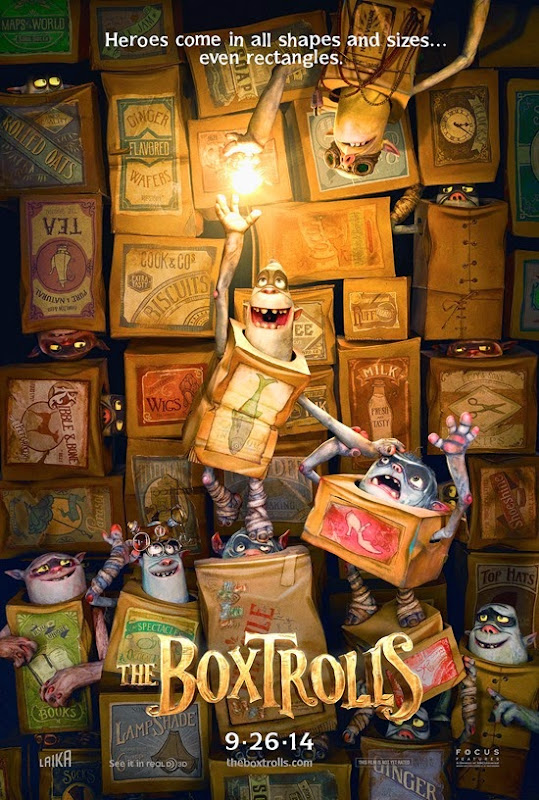 What do you think? I’m really looking forward to this on so many levels. It appeals to my love of Victoriana, steam punk and England’s grimy, grim past.