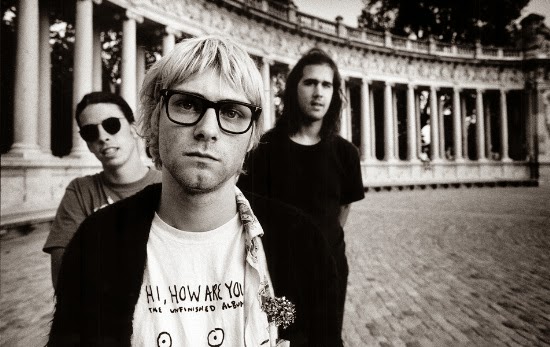 It is impossible to overstate how important Nirvana were as a rock band. With the decline of punk and gothic music and the break up of bands like Pixies, Nirvana exploded onto the alternative music scene and turned everyone from mainstream music lovers to punk, metal and alternative fans onto grunge music. In an big way, it was annoying at the time – alternative music had once been pretty exclusive (or so we thought) and suddenly everyone was wearing Dr. Martens and plaid shirts.

I don’t think I will ever forget the first time I heard “Smells Like Teen Spirit”. Sitting in a car, listening to the radio, I was immediately hooked and thought that I’d finally found a band to fill the void in my heart created when Pixies broke up. 1992 was all about Nirvana and Ministry to me, so much so that I listened to their albums to death. 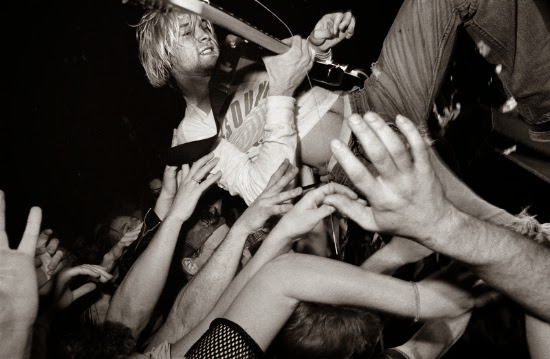 It is one thing to remember that era but photographers Charles Peterson and Steve Double were there right from the beginning to capture the meteoric rise of Nirvana. Both began photographing the band in 1989 when the band was first signed to the famous Sub Pop label to record their first album Bleach. They captured the first photos with Chad Channing and went on to capture the introduction of Dave Grohl.

Now, to coincide with the 20th anniversary of the untimely death of Kurt Cobain, Proud Galleries, Charles Peterson and Steve Double present the Experiencing Nirvana exhibition at Proud Camden. This fantastic collection of photographs is a must-see for fans of Nirvana and Kurt Cobain and will run from 27 March 2014 – 11 May 2014. Entrance is free!