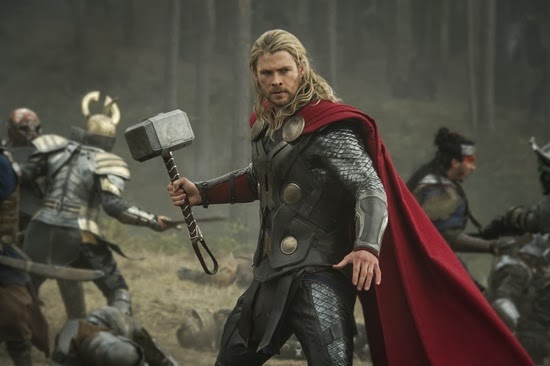 The news is out, Thor: The Dark World is tearing up the box office across the globe while America patiently awaits their release date on Friday. Well, I assume that America is not waiting all that patiently at all and I can’t think of anything more stupid than a staggered release but moving on swiftly…

Thor: The Dark World is, in a word, fantastic. I’d like to say that I enjoyed every minute of it but as you’ll see below I really didn’t but on the whole, the film is great.

Marvel’s Thor: The Dark World continues soon after the Battle of New York at the end of The Avengers. The film opens at the dawn of time when the warriors of Asgard battled against the Dark Elves to stop them from unleashing the ultimate weapon on the Nine Realms. The Dark Elves are defeated and the Aether is hidden away to prevent it from ever causing havoc again.

The Asgardians believe the Dark Elves to be extinct but they are sorely mistaken as the vengeful Malekith, Lord of the Dark Elves returns in the present day and seeks to unleash the Aether and plunge the universe into darkness.

Has Thor met his worst enemy yet?

I’m not going to delve much deeper into the plot because there are a couple of major shocks (of the death of a major character variety) and even more twists and deceptions. So I’ll tell you a little bit about what I liked and what I really didn’t.

What I enjoyed most of all about Thor: The Dark World is that it is funny, side-splitting, laugh out loud funny. This is a universe that does not take itself too seriously and is certainly not boring or overly dramatic like the other universes can be. In the war between DC Comics and Marvel, I think it is Marvel’s humour that has finally won me over. 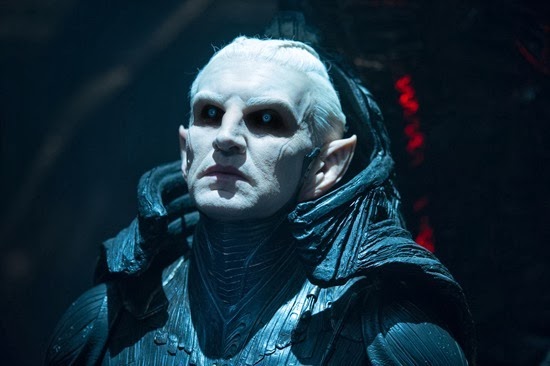 Chris Eccleston was unrecognisable as Malekith of the Dark Elves. Of course, I look at this promo still now and of course it is him but there was not a whisper of the Chris Eccleston we know and love in his performance. And what a performance it was. Malekith is a fantastic foe and has easily become one of my favourite anti-heroes of all time. Don’t you just ove the way the name Malekith rolls off your tongue, too?

Another actor virtually unrecognisable is Zachary Levi in his role as Fandral. I never thought I’d like Levy quite as much as i do in this role, it is almost a guilty pleasure. 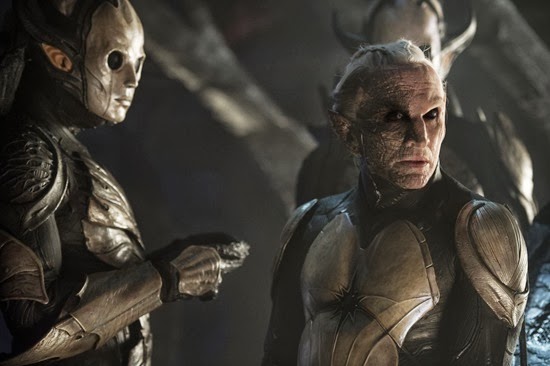 I also loved the costume design and the overall appearance of the Dark Elves. They had a wonderful Cybermen-like appearance and were equally menacing. Actually, they might have been more menacing now that I think about it.

I loved that the Earth scenes were set in London and specifically Greenwich. I’m not biased, of course, but it was great to see such fabulous photography of my home city and extremely enjoyable watching Greenwich being blown to pieces (nothing against Greenwich, of course). I loved Chris Hemsworth as Thor. I mean I liked him in Thor but all of my admiration in that film was dedicated solely to Loki and there was just no room for anyone else (with the exception of the glorious cameo featuring Jeremy Renner as Hawkeye). But in this film I truly got it, I finally understood why so many people like Chris Hemsworth. And aside from the eye candy, he gave an admirable performance too. 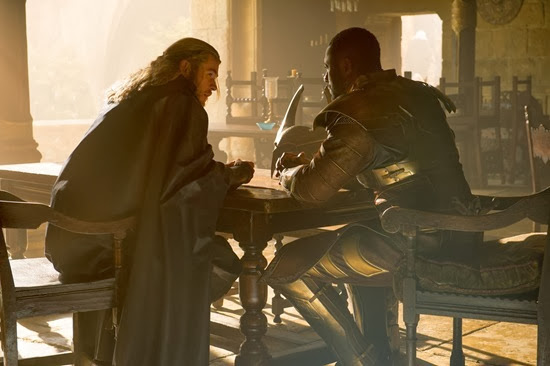 I loved Idris Alba as Heimdall and I loved Thor’s relationship with him too. Ultimately, this is a character I’ve always loved, one that watches down on our world and sees everything. Heimdall’s is a lonely yet pivotal role and Alba carries it off with elegance. 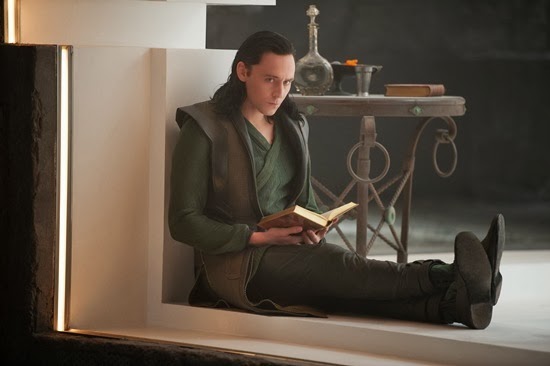 Special mention must go, once again, to Tom Hiddleston in his role as Loki. He is such a fantastic actor and Loki is such a well written character. I can tell you now, he will keep you guessing right until the end of the film.

Finally, I adored the Captain America cameo in this film. It was truly hilarious. 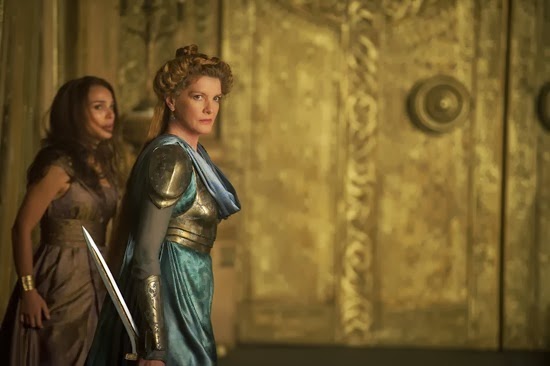 Is it just me or does Rene Russo get more beautiful and youthful with every role? She’s just spectacular, really and certainly doesn’t appear to be two years younger than my mother! But Natalie Portman… I just can’t figure out if I like her and I’m certainly not rooting for Jane Foster and Thor the Mighty Avenger to get together and live happily ever after. What I did like was Jane’s intelligence and the fact that she is easily an intellectual match for Thor, even outsmarting him at times.

In line with my determination not to give away any of the plot, you’ll forgive me for being cryptic, I’m sure. There was a scene, towards the end of the film, when something unspeakable, unmentionable and unfathomable happened.  It was truly diabolical and I’m going to have to be frank with you here, it made me cry big girls tears. Or little girl tears. Or actual tears that fell down my face and made my mascara run. It was sad and I didn’t like it and I’m not even sure why the directors went there but they did.

I actually can’t wait until more people have seen the film so I can actually talk about this! Suffice to say, it was all smoke and mirrors but whatever. Low blow.

I loved Thor: The Dark World. I loved it enough to go see it again and this is one of those films that will become firm favourites, the kind that you watch again and again on Blu-ray. I’m really excited about where the Marvel universe is going in the upcoming months too and there will be a Thor crossover with Agents of S.H.I.E.L.D. next week. If you’d like to keep up to date with all the Marvel and comic book news, head over to Matt’s blog Capes on Film.