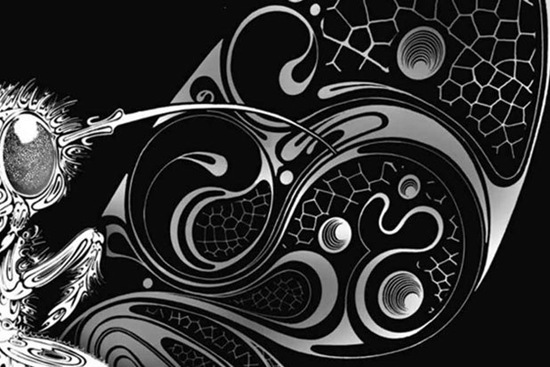 On the distant planet of Eden, a world exists populated by the offspring of stranded human explorers. Increasingly feeble-minded and interbred, the 532 descendants of the first explorers live in a highly structured society known as The Family, forging a miserable existence out of increasingly scarce resources on a planet plagued by exotic beasts and perpetual darkness.

This fragile and flawed existence is threatened by John Redlantern, a teenage boy who questions the history and rituals of The Family, encouraging others to abandon the old ways and follow him on a path to certain death.

Chris Beckett’s Dark Eden is the winner of the Arthur C. Clarke Award for the Best Science Fiction novel of 2013. It is an incredibly imaginative novel of what life would be like if the human race had to start over again on a different planet. At the heart of the novel is the legend of the original explorers who landed on Eden and created The Family. In this way, Dark Eden mirrors biblical creation stories and the novel highlights the single-minded dogma that people follow to the detriment of rational thinking and in this case, ultimate survival.

Eden is an incredible world of never-ending darkness, light-producing trees,flat-eyed beasts and danger lurking at every turn. With little understanding of the industry and progress that brought the original Earth explorers to Eden, The Family have regressed to barely clad hunters and gatherers ruled by legends and suspicion.

The quality of the audiobook production is excellent and the narration is outstanding. Dark Eden is told in the first person, primarily alternating between the characters of John and Tina. Oliver Hemborough and Jessica Martin give excellent performances in the audiobook, narrating the male and female roles respectively. 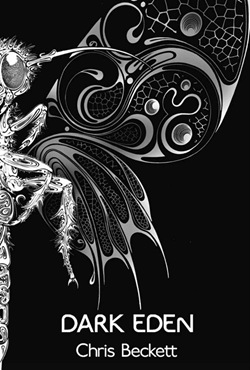 Dark Eden is at times exceptionally disturbing. There are graphic scenes of incest and sexual violence that were especially unsettling in the audiobook format. The question arises as to whether these scenes added to the story and were they followed though satisfactorily? The author dedicates much of the novel to deconstructing the concept of rape, a concept that is supposedly alien to the inhabitants of Eden, all the while glossing over the one obvious instance of rape in the book where, in a fit of rage, John has sex with his girlfriend Tina without her consent.

In part, these scenes were insightful especially where John grapples to understand his own abuse at the hands of his group leader but the author betrayed a lack of understanding of how girls react to abuse and sexual violence. By narrating the rape from John’s point of view, Tina is robbed of her voice and at no point does the character attempt to grapple with what has happened to her, focusing instead with her anger over John’s sedition. Ultimately this lack of resolution undermines the presence of gratuitous sexual violence in the story and makes for an unsettling listening experience.

Like many biblical tales too, the novel itself is characterised by a lack of resolution. If we liken John’s departure to that of the biblical Moses, a lot happens on the journey from which many important lessons are learned but the story simply ends once they have reached their destination.

Dark Eden is an excellent study in human nature and the darker side of human instincts and drives. Like Lord of the Flies and The Beach, Dark Eden is a study in nature over nurture and the belief that left to our own devices, humans will tend towards violence, murder and destruction. It is a complex tale within a tale, told against the backdrop of a powerful creation story that controls the actions of The Family and restricts them from developing or acting in ways that will enable them to survive in this hostile environment.

I can see why the book was awarded the Arthur C. Clarke award and there is no doubt as to the quality and inventiveness of the novel. However, despite the teenage protagonists, this is not a young adult novel and is recommended for a mature audience only. Some readers (or listeners) may find the scenes of incest, rape and sexual violence unsettling.

I obtained my copy of Dark Eden through Audible.co.uk and was impressed both by the ease of the signing up process (using Amazon details) as well as the integration into the Audible iPhone app. In using a dedicated app, you can be sure that your place in the story will always be kept and it is easy to rewind the story in increments of 30 seconds and select chapters too. This experience certainly rekindled my interest in audiobooks and I will definitely use Audible in future.