BBC Top of the Lake: DVD review and giveaway 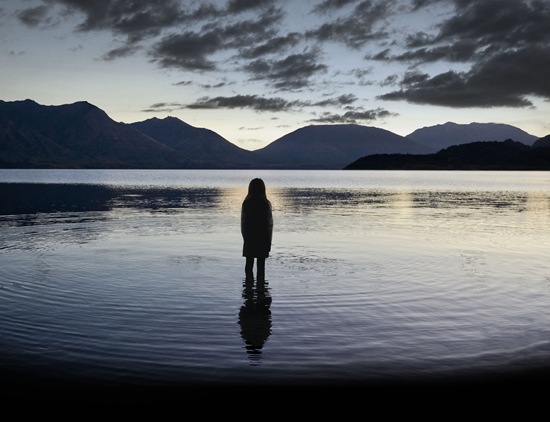 When twelve-year-old Tui Mitcham (Jacqueline Joe) walks chest deep into the freezing waters of an alpine lake in Lake Top, New Zealand, a series of events is put into motion that will devastate the local community. Once rescued from the lake by teachers, the school nurse discovers that Tui is five months pregnant and the matter is referred to the police.

Robin Griffin (Elisabeth Moss, Mad Men) is in Lake Top visiting her dying mother, having left for Sydney, Australia in dark circumstances several years before. A detective with specialist child protection training, Griffin is called in to assist on the case and begins to make a connection with Tui. Then the girl disappears. 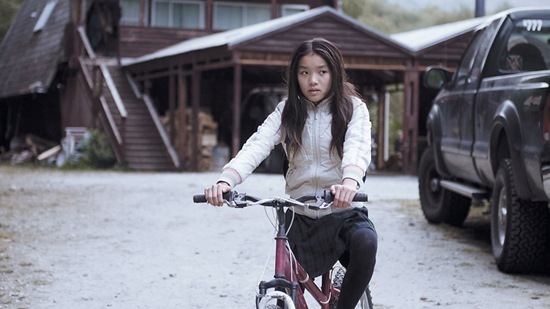 Griffin’s search for the missing girl exposes her to Tui’s drug lord father Matt Mitcham (Peter Mullan) and his morally corrupt band of sons and business associates. She is reunited with Tui’s half-brother Johnno Mitcham, her one time friend and would-be high school sweetheart. Griffin investigates the hilltop community of Paradise, a place of lost women lead by the enigmatic GJ (Holly Hunter) and tries to break through to Tui’s best friend Jamie who has stopped talking.

The more obsessed that Griffin becomes with finding the girl and solving the mystery of who the father of her child is, the less interested Detective Al Parker and the rest of the police force becomes. 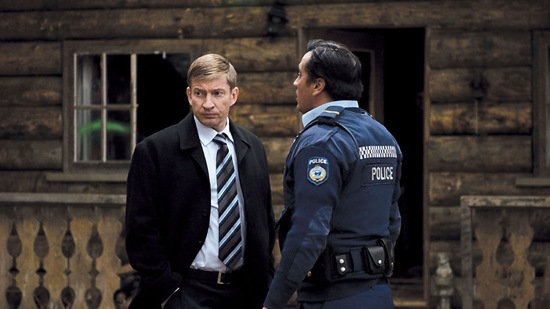 Ultimately, Griffin realises that she will need to confront the horrors that she experienced as a teenager in Lake Top and resolve her own secrets if she is ever to get to the bottom of this case.

Top of the Lake is a six-part BBC Worldwide drama created by Academy Award winning writer / director Jane Campion (The Piano) and produced by the Academy Award winning producers of The King’s Speech. It is a dark and often deeply disturbing look into the secrets of a small New Zealand town and the lengths people will go to in order to protect those secrets. It stars Elisabeth Moss, David Wenham (Lord of the Rings), Peter Mullan, Thomas M Wright and Holly Hunter. 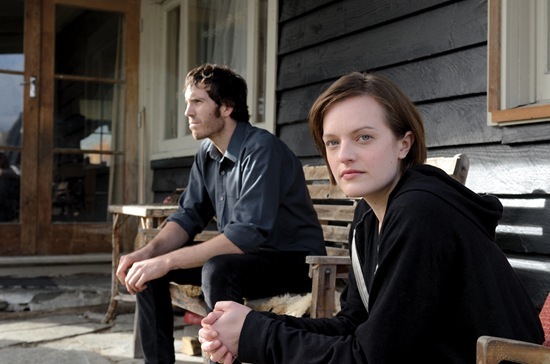 The casting of American Elisabeth Moss in the lead role of Robin Griffin was a controversial one that caused the Australian Broadcasting Corporation to pull their funding and support for this production. It is understandable too as Moss certainly struggles with the notoriously difficult Antipodean accent. Ultimately, it does not matter. Moss is utterly convincing and moving in her performance of the damaged yet driven Detective Griffin. Her chemistry with on-screen partner Thomas M Wright, who plays Johnno, is palpable and Wright himself gives a notable performance.

The true stars of the show were the youngsters including Jacqueline Joe who plays Tui and Luke Buchanan in his role as her electively mute boyfriend Jamie. There were several scenes of the children playing not as teenagers would do but indeed as children would play in the very last moments of their childhoods. This provides a powerful foundation for the evil to which they have been exposed. 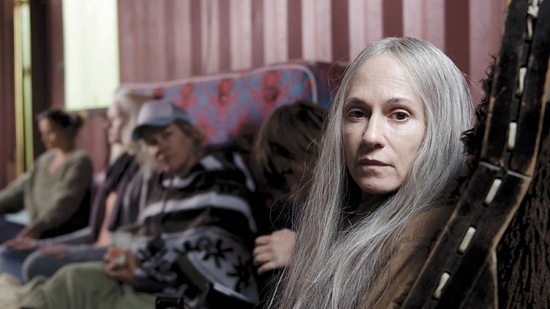 Top of the Lake was filmed entirely on location in New Zealand in the towns of Queenstown and Glenorchy. The production features some incredible cinematography and the haunting and moody landscapes provide a powerful backdrop to the equally dark themes of the story.

Top of the Lake is a series that will play in your mind for a very long time after the end credits have rolled. So much is revealed in the closing scenes of the production that it takes some time to piece together all the clues and breadcrumbs that were dropped during the previous six episodes. I want to say that the final twist in the story was entirely unexpected but looking back, it was all so obvious and Campion had masterfully laid all of her cards out in the open, if only the viewer had been playing attention. Strange occurrences that had appeared incidental and seemingly random storylines were suddenly drawn together and resolved in that final, devastating reveal.

This is television at its best.

I have always maintained that one does not watch Jane Campion’s work for fun. There are no taboos as far as Campion is concerned regarding sexuality and the depths to which human beings will stoop in their depravity. But there is a realism to her work, one that makes her work necessary and important. Top of the Lake is incredibly powerful and an excellent example of her very best work. 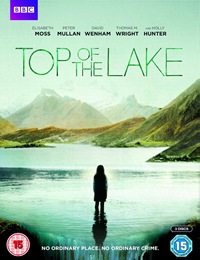 I would highly recommend Top of the Lake and I have TWO copies of the 3-disc DVD to give away. All you have to do to enter is to leave a comment below and state that you want it. Winners will be drawn at random on 20 September 2013.

Earn one extra entry by tweeting about the giveaway to your follower (copy in @mandyist).

or Top of the Lake [Blu-ray]

. The series is also available to download from iTunes.

UPDATE: 22 September 2013: Thank you to everyone who entered. I assigned you each a number (with an extra one for those who tweeted), ran them through random.org and the winners of the giveaway are John and Pam. I'll email you for your address details.