The problem with developing a liking for obscure European rock bands is that it's not always easy to catch them in concert in London. That's not to say Kaizers Orchestra is obscure, far from it, but Londoners just don't know their music and that's precisely why they are less likely to tour here.

Add to that the fact that Kaizers Orchestra are currently on the closing leg of their final tour ever and you can understand why I feel very lucky indeed to have caught the six lads from Norway in concert at London's Koko on 25 April 2013.

And what did I think of their first and last ever concert in London?

It was bloody brilliant. 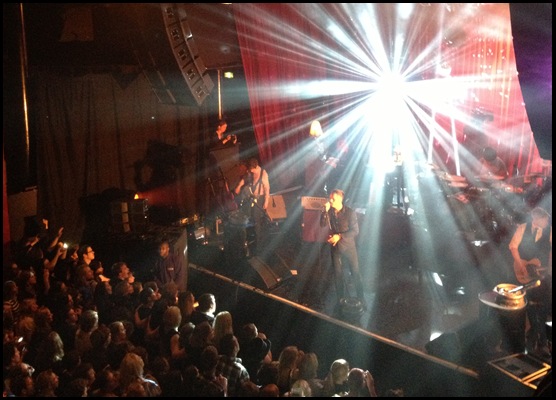 I had pretty high expectations for the concert as I'd heard really good things about Kaizers Orchestra’s concerts. Indeed, as the crowd gathered before the show, this is what I heard from all the very excited people around me, many of whom were Norwegian and had flown in from Norway especially for the concert. This was confirmed when Janove asked who spoke Norwegian in the crowd and the entire audience erupted, contrasted with the three lonely voices who answered to speaking English.

My expectations were certainly high but it turns out they were nowhere near high enough.  This was a perfect set played by best friends and master performers to a crowd of adoring fans.

Lead vocalist Janove Ottesen has an incredible presence on stage and yes, he is every bit as gorgeous in the flesh as he looks in promo photos. Helge Risa is marvellously cooked, tucked away in his corner like a lunatic scientist. I was almost ecstatic when he straddled himself between the organ and piano and played them both at the same time. 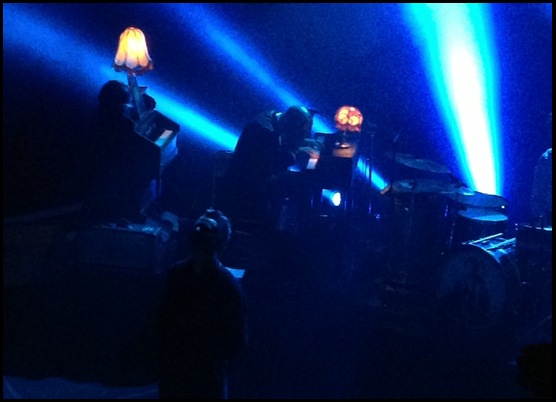 The band were on stage for two full hours with the barest of breaks before they took their encore. The concert was brilliant from start to finish and it is hard to narrow down the highlights but I will certainly try.

I didn't really appreciate the oil barrels in Kaizers Orchestra songs until I saw it in action. Somehow, these lads take banging oil barrels and wheel rims to a whole new, harmonious and oh-so-sexy level. Freaking awesome.

Geir Zehl hitting the oil barrel in "Ompa til du dør" is one of my standout moments together with him playing guitar on top of it.

And I know, singers are shameless flirts and they compliment it to every crowd but I loved it when Janove called us “Kaizers Fans” and exclaimed that someone should take a photo of the entire crowd with their hands in the air. Fans can definitely make a concert and these fans certainly did. 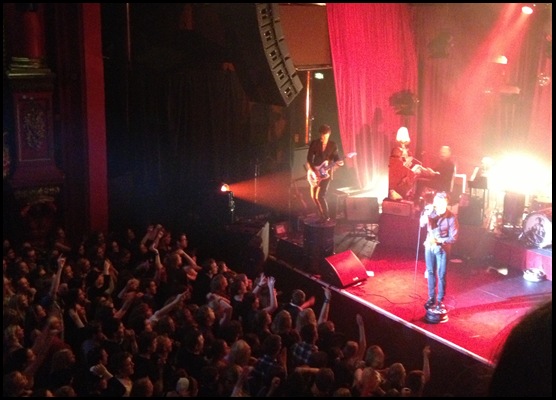 Despite the perfect set and the awesome performance, I do have to make one tiny complaint. Despite playing both songs in other sets during this tour, the band played neither of my favourite tracks “Diamant Til Kull” and “170”. I was pretty sad about that but watching and singing along to “Bak et Halleluja” live more than made up for it. 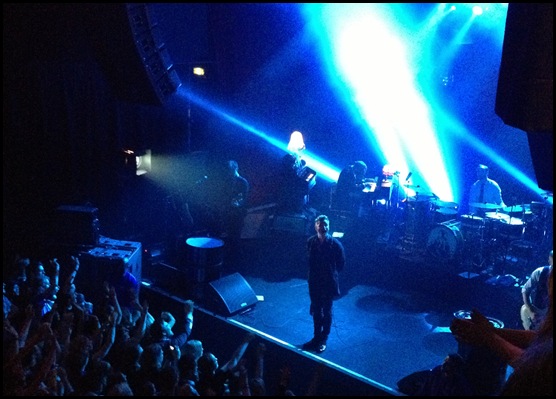