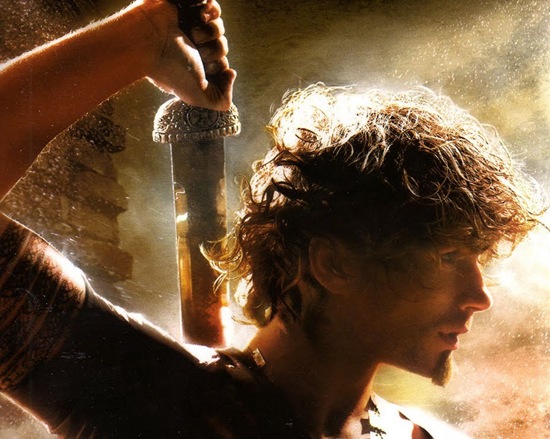 It has been a really long time since I've loved a protagonist in a book. There are books that I've loved, certainly, but whatever I loved about them had more to do with the stories themselves or the other characters in the book.

All of this occurred to me today when I finished Kevin Hearne's Hounded and loved it. Most importantly, I loved the lead character Atticus O'Sullivan. And that wasn't only down to his Irish accent and dashing Celtic good looks. 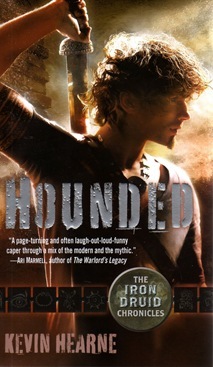 Hounded is the first book in the Iron Druid Chronicles and Atticus is the Iron Druid in question. The only living Druid remaining on earth, Atticus is over 2,000 years old and hiding out in Arizona, far away from the watchful eyes of the gods and demons that would hunt him down. He would especially like to avoid running into Aenghus Óg, the Celtic god of love who holds a remarkable amount of hatred and vengeance in his heart for one so seemingly loved up.

When Aenghus Óg tracks him down, Atticus expects him to unleash the powers of hell in his quest for vengeance but he is not about to go down without one hell of a fight. With his faithful Irish wolfhound Oberon at his side (not to mention assorted vampires, werewolves and witches wo may or may not want to kill him), Atticus is about to teach Aenghus a very valuable lesson in picking a fight with a two-thousand-year-old Druid.

In many ways, Hounded reminded me of Richelle Mead's Succubus series and Jim Butcher's The Dresden Files, without the gratuitous sex scenes or overly smug protagonist. Of course, I didn’t mind either when I read those series but Atticus O’Sullivan is just so damn likeable. Hounded is fun and irreverent and the writing is extremely witty.  You get the idea that the author doesn’t take himself all that seriously and then he blows you away with ridiculously long and archaic words or his impressive knowledge of every pantheon under the sun.

Needless to say, I couldn’t put Hounded down and if you must know, I’ve torn through most of the sequel Hexed in the time it’s taken me to draft this review. An easy 5 out of 5 stars and Kevin Hearne is very possibly my New Favourite Author.