5 Reasons To Go To The Isle of Wight Festival 2013 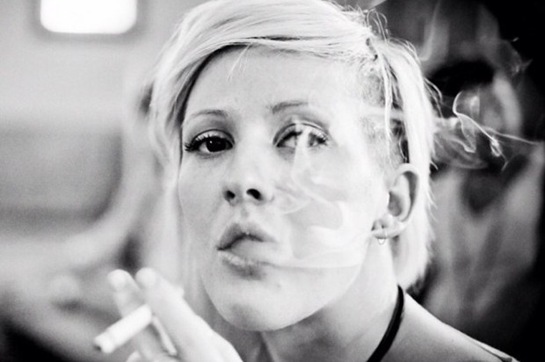 The Isle of Wight Festival is taking place on 13-16 June 2013 and incredibly, tickets have not sold out yet. Each year, the line up for the festival gets bigger and better and this year it is simply brilliant. Weekender festivals in the UK have left me pretty cold in recent years and I’d much rather go for a day festival like As One in the Park or head over to Exit Festival in Serbia. That is why it is significant that the Isle of Wight Festival is the one of the only UK weekender festivals I’d consider going to. 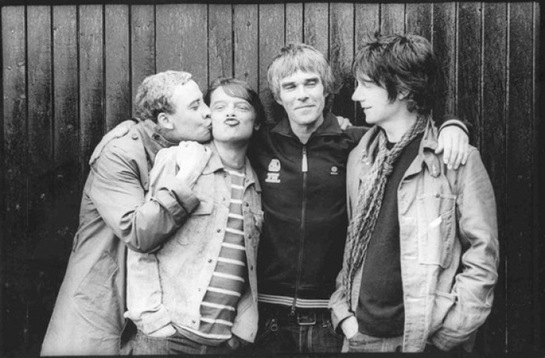 Let me present five reasons why you should be going to Isle of Wight Festival 2013:

I know, I’ve used the word “incredible” several times in this article but the line up for the Isle of Wight Festival 2013 really is that good. The Stone Roses, Paul Weller and Emeli Sandé headline on Friday night, The Killers, Bloc Party and Maccabees on Saturday, and the festival will be brought to an explosive close on Sunday with Bon Jovi, The Script and Paloma Faith.

The BT Infinity Big Top tent will kick off with veterans Happy Mondays on Thursday as well as Ellie Goulding, Sub Focus and Blondie throughout the weekend.The Dance Tent will also see a full weekend of action starting on Thursday night with Jaguar Skills, Example + DJ Wire, Alex Metric and Damian Lazarus. 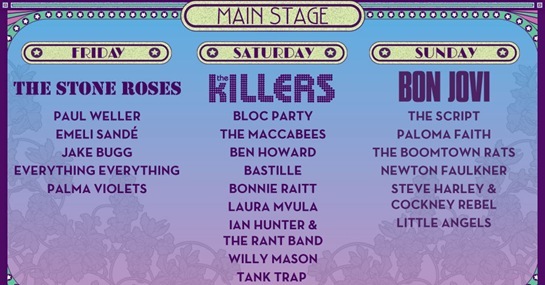 Tickets are still available for the Isle of Wight Festival and I cannot believe that they haven’t sold out. When you consider how brilliant the line up is and how much easier it is to get to than, say, Glastonbury, it really is crazy.

Added to that, they have separate camping grounds for families and students and last year they introduced Respect Camping ground last year for festival-goers who want to maintain a clean and tidy camping ground and leave the grounds exactly as they found them when they leave.

Easy to Get To

It is super easy to get to the Isle of Wight from London. Rail tickets cost less than £50 return if you purchase in advance and take you from London Waterloo to Ryde Pier Head in under 3 hours. The cost of your rail ticket includes the ferry from Portsmouth to the Isle of Wight making this a cheaper option than driving. Once on the island, you can travel around by bus or train.

There are also numerous ticket and travel options available on the festival website.

If all that doesn’t tempt you, I can tell you that the Isle of Wight is really beautiful and the weather is always just that little bit better than in London.  I know that scenery isn’t always the first thing on your mind when going to festivals but with the Isle of Wight, you get to feel like you experienced a tiny island escape as well as a weekend of Wellies and warm beer. 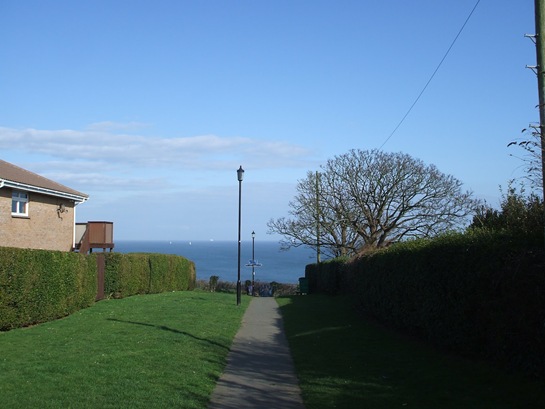 If for some bizarre reason I still haven’t convinced you to go to #IOW2013, then perhaps this will convince you to go next year. The Isle of Wight Festival offers an easy payment plan known as the Deposit Ticket Scheme (DTS). This allows customers to pay for tickets in 3 instalments, the first being immediately and thereafter in January and March. It really helps to break up the festival fee and applies to both weekend camping and non-camping tickets.

See you there? Which festivals are you going to this year?