Well, I guess it had to happen, given my blind dedication to Merlin over the past 5 years. I really didn’t like tonight’s episode of Merlin and my overall impression was so poor that I considered giving up on the show. 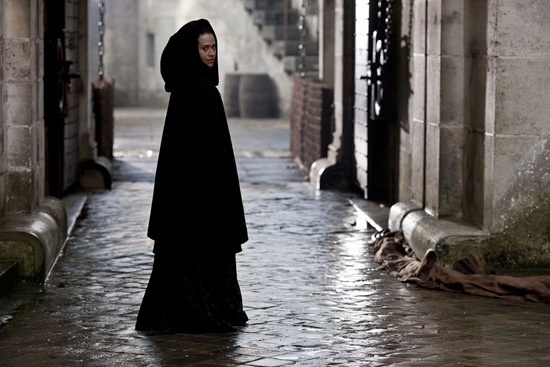 I really don’t like where the writers are going with the story this season and I also don’t know if I have the energy for an evil Guinevere.  It all feels too contrived to me and a bit like a bad episode of The Bold and Beautiful. I realise Guinevere (Angel Coulby) might have been enchanted but it seems more likely to me that the writers are trying to sell that her spirit was so broken in the Dark Tower that she has become the opposite of everything she was and everything she stood for before.  If she is enchanted, it gets a little boring and a little bit too easy; if she’s not enchanted, then this really is a bad soap opera script.

Spoilers for “A Lesson in Vengeance”

“A Lesson in Vengeance” begins with Arthur, Guinevere and Merlin riding off into the woods to celebrate the royal couple’s anniversary. A hex spooks the horses and the party is ambushed, with Arthur narrowly escaping death and Merlin using sorcery to protect him.

Back at the castle, a witch hunt is launched and it soon emerges that Arthur’s saddle was tampered with.  The groomsman Tyr Seward (John Bradley) is arrested, found guilty of treason and sentenced to death for his crimes.

I didn’t like that an innocent man was accused of treason and that he was sentenced to such a severe punishment.  We’ve seen this too many times, especially as Uther Pendragon sentenced far too many innocent people to death.  I simply cannot accept that Guinevere, who was once unfairly accused, sentenced and banished from Camelot would see the justice in this, no matter how determined she was to exact revenge on Arthur. 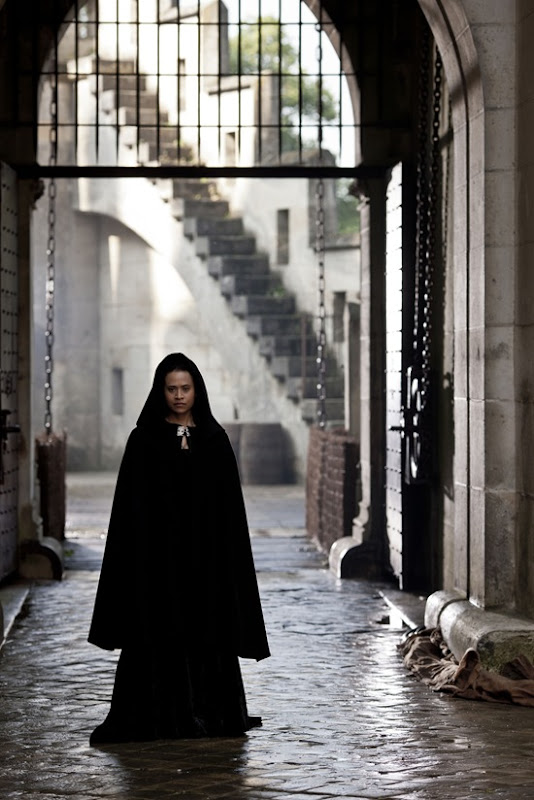 Hate is such a strong word, isn’t it? And didn’t your mother always tell you not to use it? Fine, I won’t use it lightly.  I hated that Guinevere committed murder. I have no idea why the writers decided to go there but you can’t ever return from an act like that. What are the options? It was sorcery and the enchantment ends? She still committed murder. She really has done a personality 180°c and has claimed the evil witch-from-hell-crown from Morgana? I don’t buy it. I just don’t. She repents and begs Arthur for forgiveness and we have a couple of touching episodes focusing on her infinite contrition? She still killed a man.

Naturally, I was pretty disgusted when she accused Merlin of poisoning Arthur.  No matter how she feels about Arthur, I cannot believe that she’d turn against Merlin.

A Glimmer of Light

Merlin provided the only glimmer of light in this episode.  I really enjoyed the scene where he escaped from the cells and used his magic to bring darkness on the courtyard and slip undetected into Arthur’s room.  Once again, Colin Morgan proved what a fine actor he is and he aced the look of anguish on Merlin’s face when he thought he’d failed to save the king. 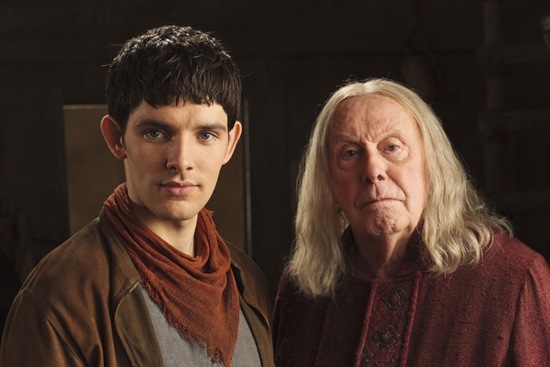 The subsequent conversation between Arthur and Merlin provided the only notable quotes of the entire episode:

Arthur: “I also told them that you simply weren’t bright enough to organise an assassination attempt”.

I strongly disliked the final scene, where Queen Guinevere is celebrated for supposedly getting to the bottom of the poison plot.  I don’t like the look on her face and I think her own thirst for the throne of Camelot will begin to emerge soon and perhaps lead to conflict with her role as Morgana’s puppet queen.

I realise that the lines have been written and the plots finalised and the writers have already decided exactly where Merlin is going but I’m quite afraid that this might be the beginning of the end for me.  I’m really feeling that disappointed and let down after tonight’s episode.

What are your thoughts on “A Lesson in Vengeance”? Did you enjoy it? Do you like this plot twist? Or do you agree with me that the writers have left the reservation?