There are television villains that we love to hate, the dark and brooding nemeses that we simply cannot get enough of.  And then there are villains that we just wish would disappear from our screens, never to return.  My feelings towards Agravaine (Nathaniel Parker), half of the horrible pair of villains in season 4 of Merlin tend towards the latter.  He is sneaky and manipulative and I cannot wait for his inevitable demise.  The fact that Arthur (Bradley James) trusts and believes in him is an insult to Arthurian legend and the mighty King of Camelot.

Just in case I didn’t think Agravaine could get any more creeptastic, “The Secret Sharer” opens with him stroking Morgana’s face tenderly while the witch recovers from Merlin’s attack.  And Morgana? She is even worse with her eyes rolling back in her head while she throws herself around the bed.  (Note, this is no reflection on the acting skills of Katie McGrath.  Quite the opposite in fact: she has successfully portrayed one of the nastiest witches of all time).

Morgana finally awakens and explains to Agravaine that it was Emrys who attacked her and destroyed the Fomorroh.  The horrible duo realise that Emrys knows all their plans and they come to the conclusion that it is Gaius (Richard Wilson) who is behind it.  Gaius is the only person in the whole of Camelot who could have identified the Fomorroh and the only person who could have told Emrys how to destroy it.

Agravaine goes to Arthur where he begins to sow the scenes of doubt, reminding him that it was Gaius who brought Emrys in to kill his father, that he has dabbled in magic and sorcery before. 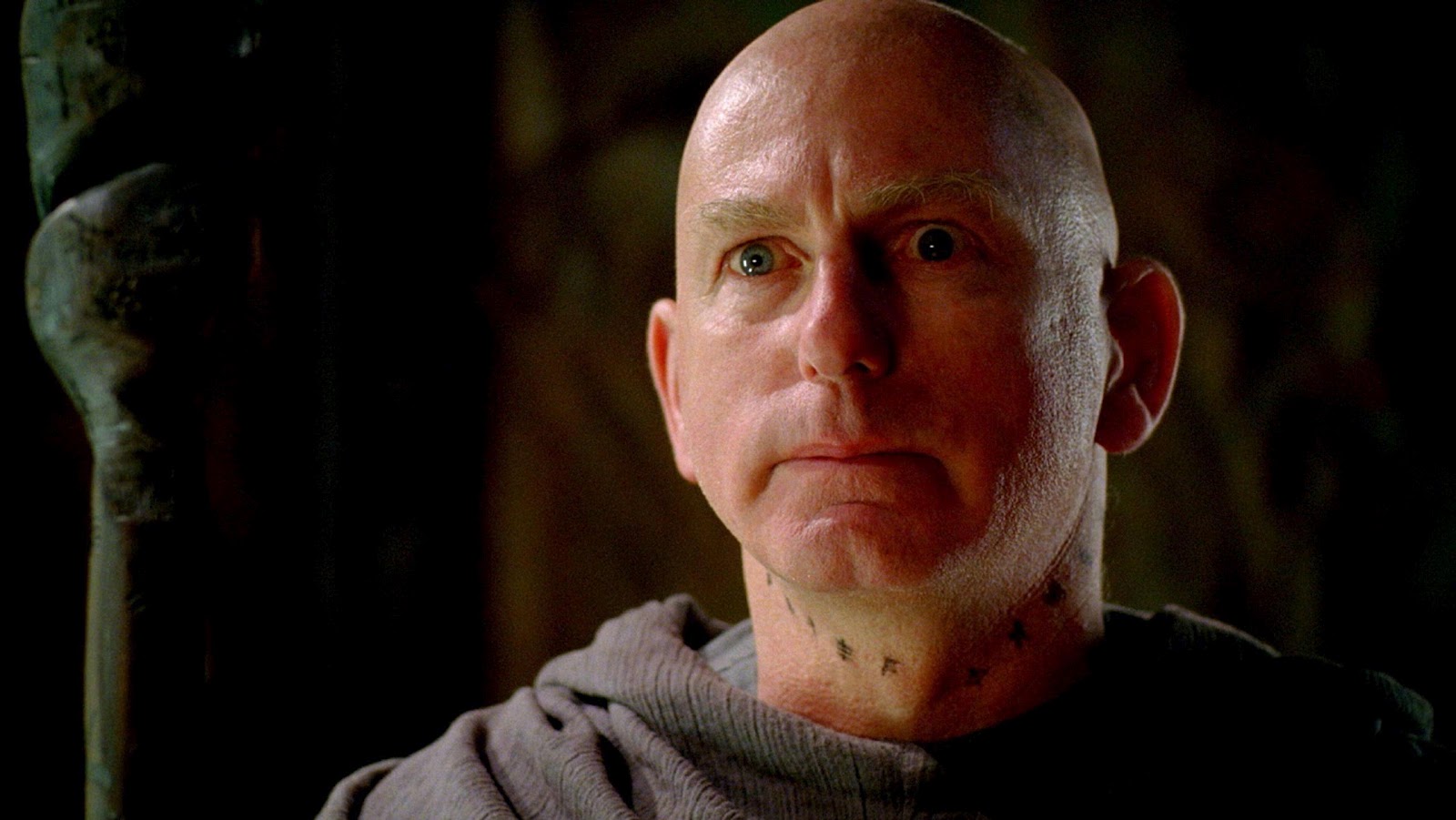 Elsewhere, Morgana seeks out Alator of the Catha (Gary Lewis), a powerful sorcerer, warrior and priest of the old religion.  He calls her the High Priestess of the Triple Goddess, which I find quite interesting.  Which Triple Goddess might that be? Greed, jealousy and treachery?  She convinces Alator to kidnap Gaius in order to extract from him the identity of Emrys in return for her healing bracelet, which she says was forged on the Isle of the Blessed by a High Priestess.

When Gaius disappears overnight, Agravaine seizes the opportunity to paint him as a thief, traitor and sorcerer and it appears for some time that he might just have convinced Arthur of this.  There is no convincing Merlin though and once again, Colin Morgan shows the infinite extent of his acting abilities as Merlin remains fiercely loyal to his mentor.

Just when it seems that Merlin has no one to turn to and no hope of rescuing Gaius, he convinces Sir Gwaine (Eoin Macken) that Gaius has been kidnapped and Sir Gwaine helps him track him to a cave off the ridge of Kemeray.

Deep inside the cave, Gaius finally gives up the identity of Emrys to Alator but what will he do with that information?  I will leave you with this snippet of their conversation but won’t spoil the episode for you further:

Alator: “Who is he?”
Gaius: “He is the most powerful sorcerer who has ever lived”.
Alator: “What is his name?”
Gaius: “His name is... Merlin.  For the druids' legends are true. Merlin is... Emrys, a man destined for greatness.  A man who will one day unite the powers of the old world and the new, and bring the time that the poets speak of. The time of Albion. 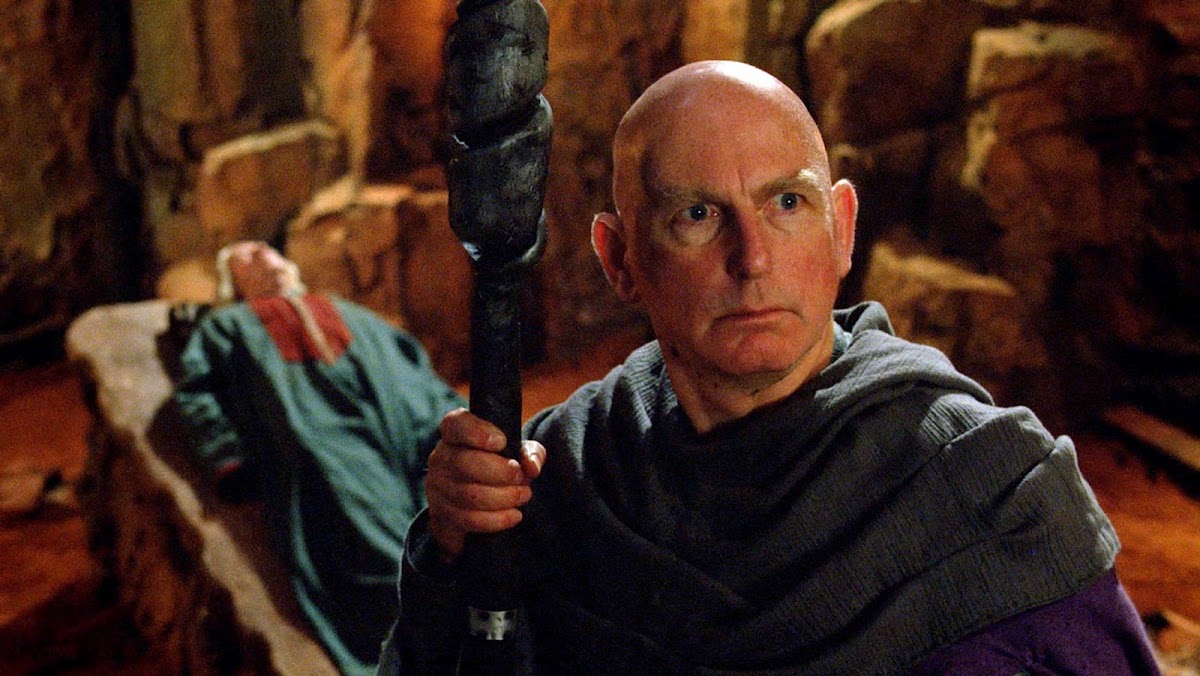 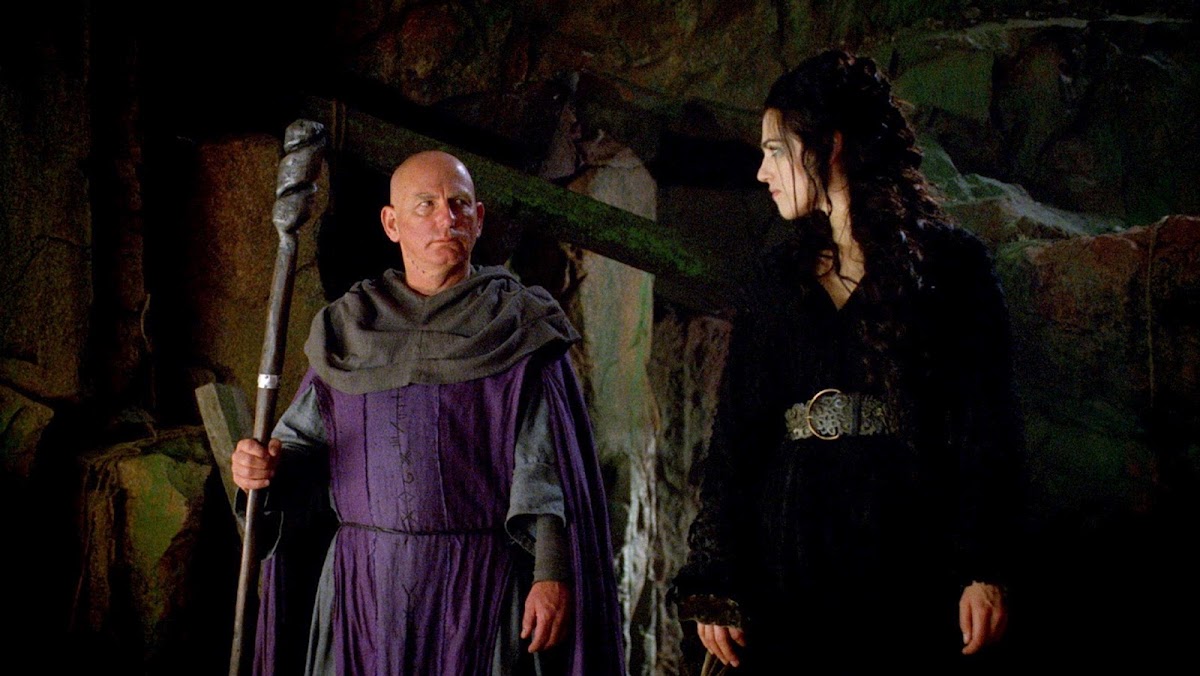 Spoiler warning: do not read further if you have not seen Merlin – “The Secret Sharer”

So who is the secret sharer? Is it Gaius who shares the identity of Emrys with Alator or Alator who goes on to betray Morgana and then share his burden with Merlin and pledge his loyalty to him?  It seems that secrets are shared in this episode but only within the circle of trust. 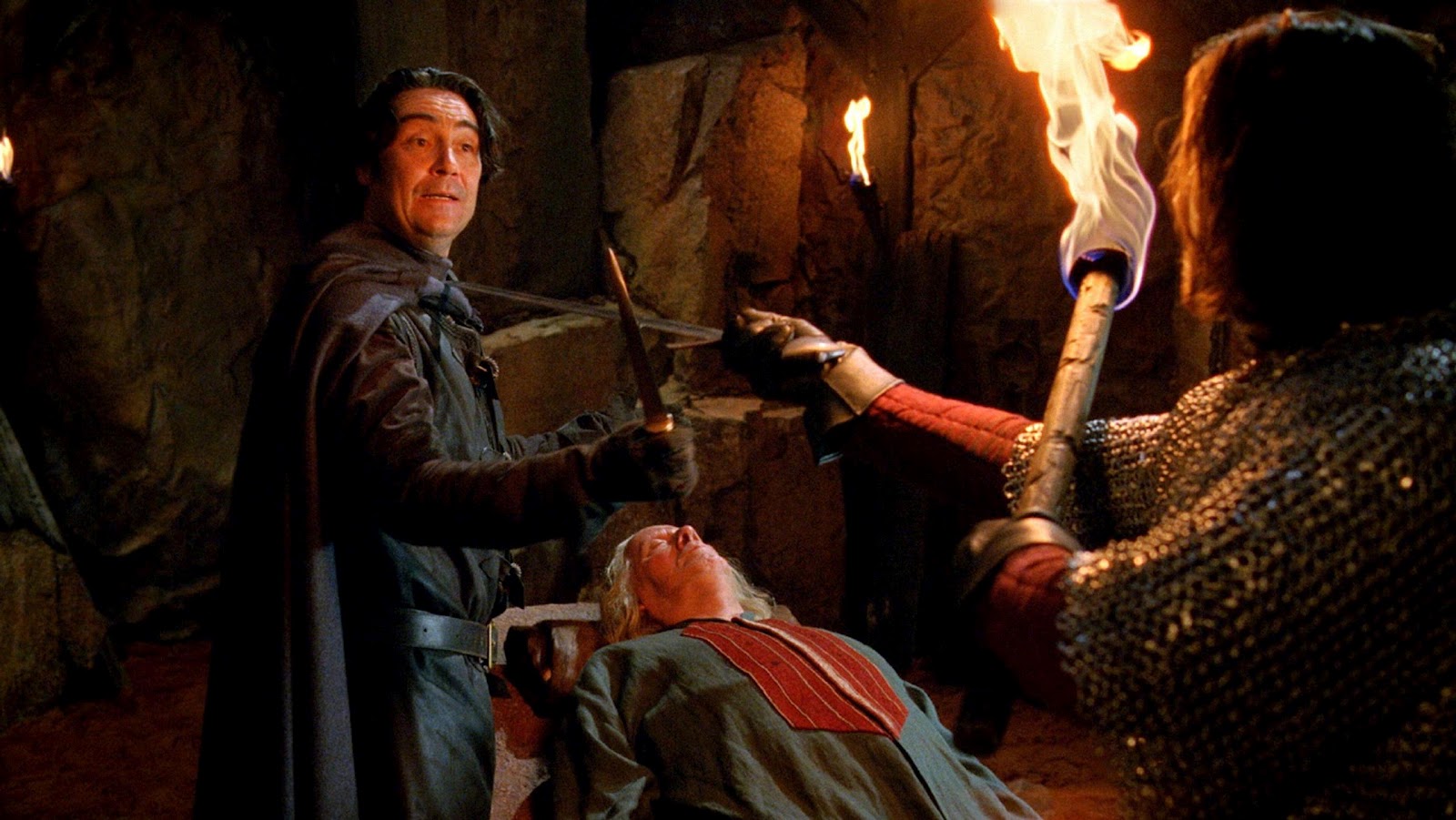 There are many more secrets on the cusp of being revealed.  Sir Gwaine is only too ready to believe that Agravaine kidnapped Gaius before Agravaine convinces him otherwise and Arthur must surely begin to see that Gaius, Gwen (Angel Coulby) and Merlin do not trust him.

Gaius is certainly redeemed at the end of the episode and Arthur knows that Morgana was probably behind his abduction.  It remains to be seen whether Gaius’s words finally sink in:

Gaius:  “Contained within this great kingdom is a rich variety of people with a range of different beliefs. I'm not the only one seeking to protect you. There are many more who believe in the world you are trying to create. One day you will learn, Arthur. One day you will understand...just how much they've done for you”.

It seems to be a recurring theme in Merlin that Arthur can only assume his destiny and embrace his greatness once he chooses to trust those around him. 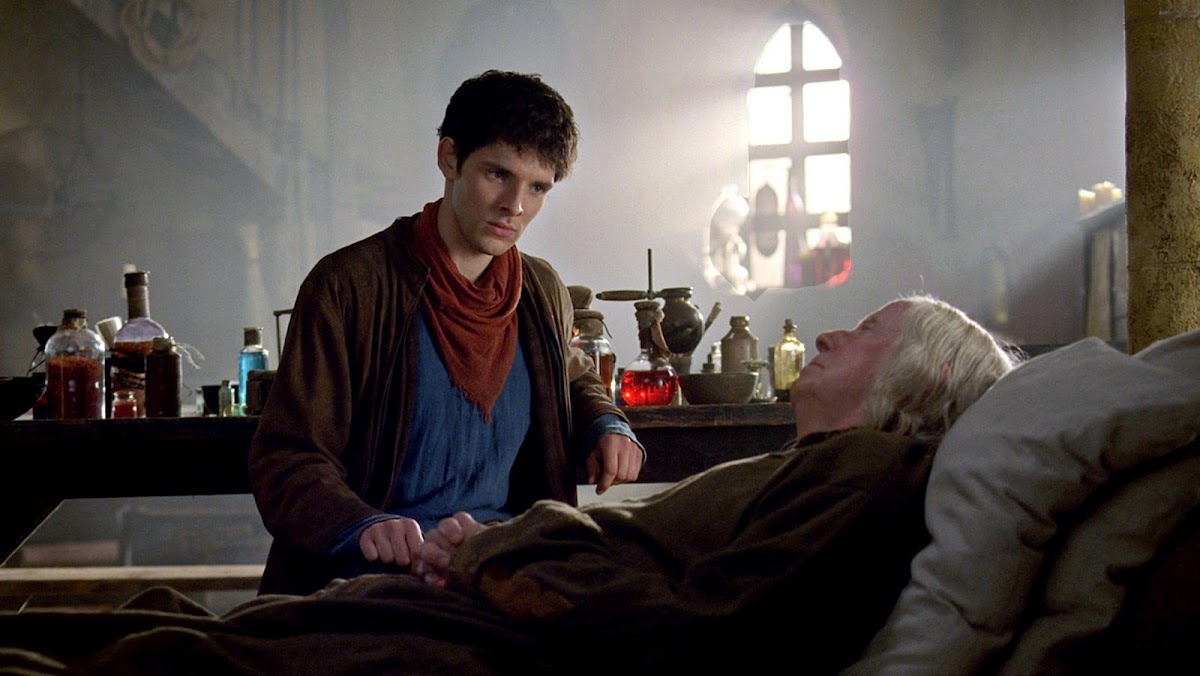 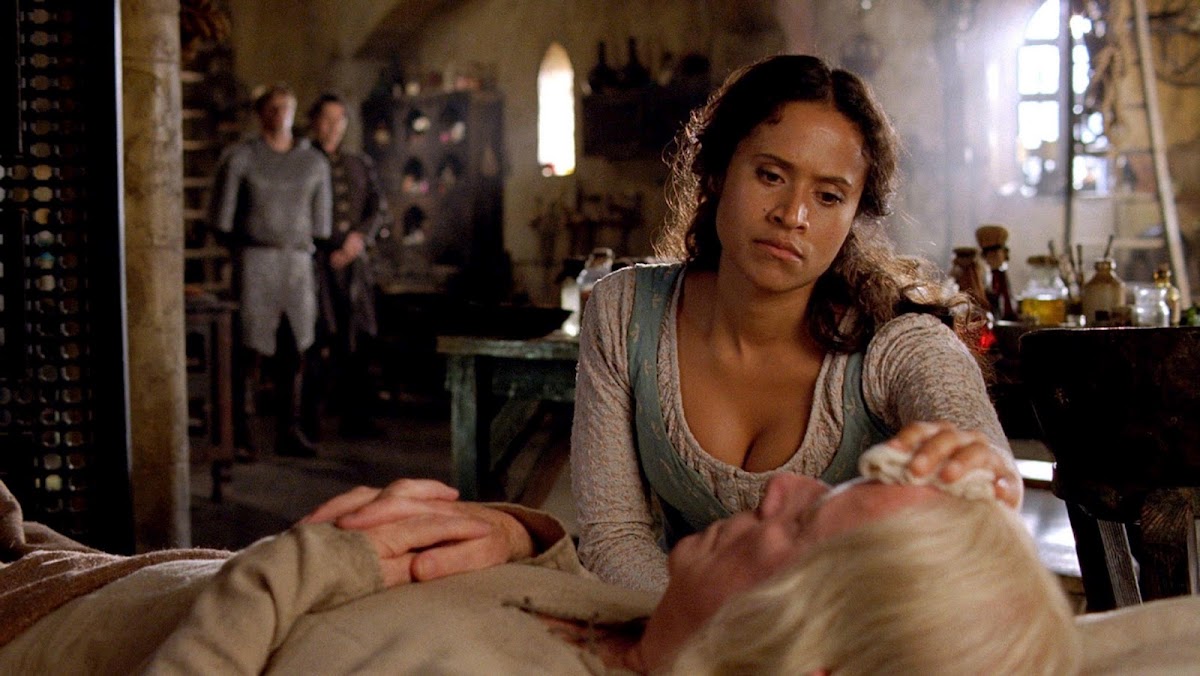 So what of the episode as a whole?  I really enjoyed this episode and was absolutely thrilled when Alator betrayed Morgana.  I love his name, Alator of the Catha and I liked the concept of priests of the Old Religion recognising Merlin’s power and pledging their allegiance and support to him.  I also quite loved Gary Lewis and his Scottish accent.

I was glad that Sir Gwaine finally got the chance to prove himself as, like Merlin, he is often the brunt of jokes and mockery from King Arthur and the knights of Camelot.  Like Sir Lancelot before his departure, it is good for Merlin to have an ally amongst the knights, someone who believes in him and will risk there life for him.

I also liked that Gaius had the opportunity to impress upon King Arthur his loyalty and the fact that he had watched Arthur grow up.  Gaius is such a central character in the show, representing in many ways the wise old sage that Merlin will become, but too often he is cast in a silly or doddering light.  It was good to see him shown a little bit of respect for a change. 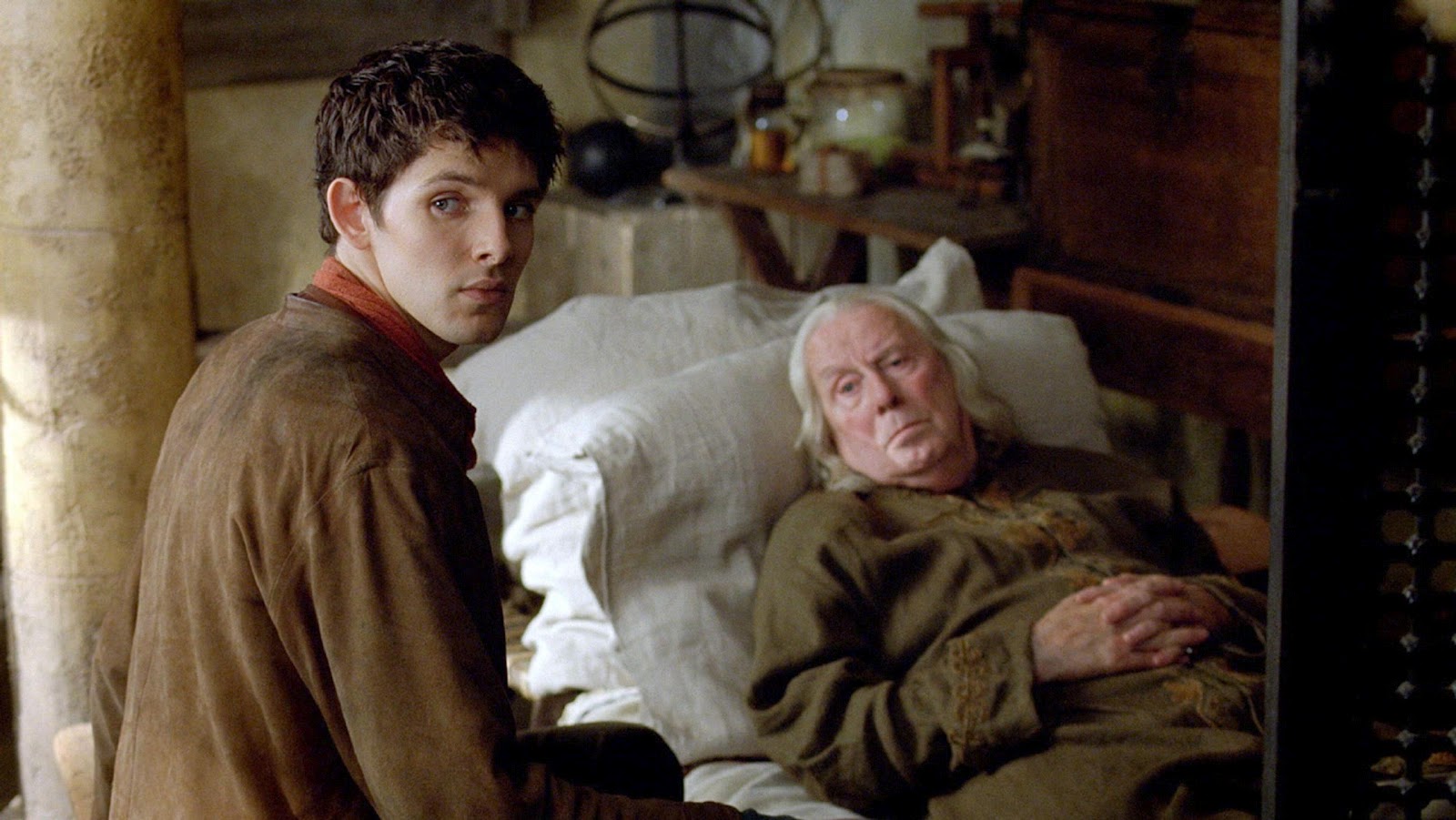 As usual, the star of the episode was Colin Morgan.  He really is an exceptional actor, one that I have uniquely come to appreciate not from a fan perspective (meaning that I carried on like a crazed and obsessed fangirl) but because he really is that good, and it would be great for him to see more recognition.