After an explosive start to the fourth season, in which The Dorocha attacked the kingdom, King Uther was murdered, a dragon was hatched and Arthur became king, BBC Merlin returns with the eighth episode. “Lamia” is one of those filler episodes in which there are no significant, ground-breaking events and no significant character development either.

“Servant of Two Masters” ended with Gaius (Richard Wilson) reminding Arthur that he had known him since birth and that he would never betray him. Always slow on the uptake, Arthur is learning to trust himself and those around him, including Gwen, his knights and, unfortunately, Agravaine.

“Lamia” begins with a ghastly attack on a village which leaves villagers not quite dead but in a coma-like state.  An old friend visits Gwen and it transpires that her village has been under attack for some time.  Gaius is needed at Camelot as there is an outbreak of the sleeping sickness (and I also think he suspects the attacks on the villagers are magical in nature) and so he sends Merlin (Colin Morgan) to see to it, with Gwen leading the way. 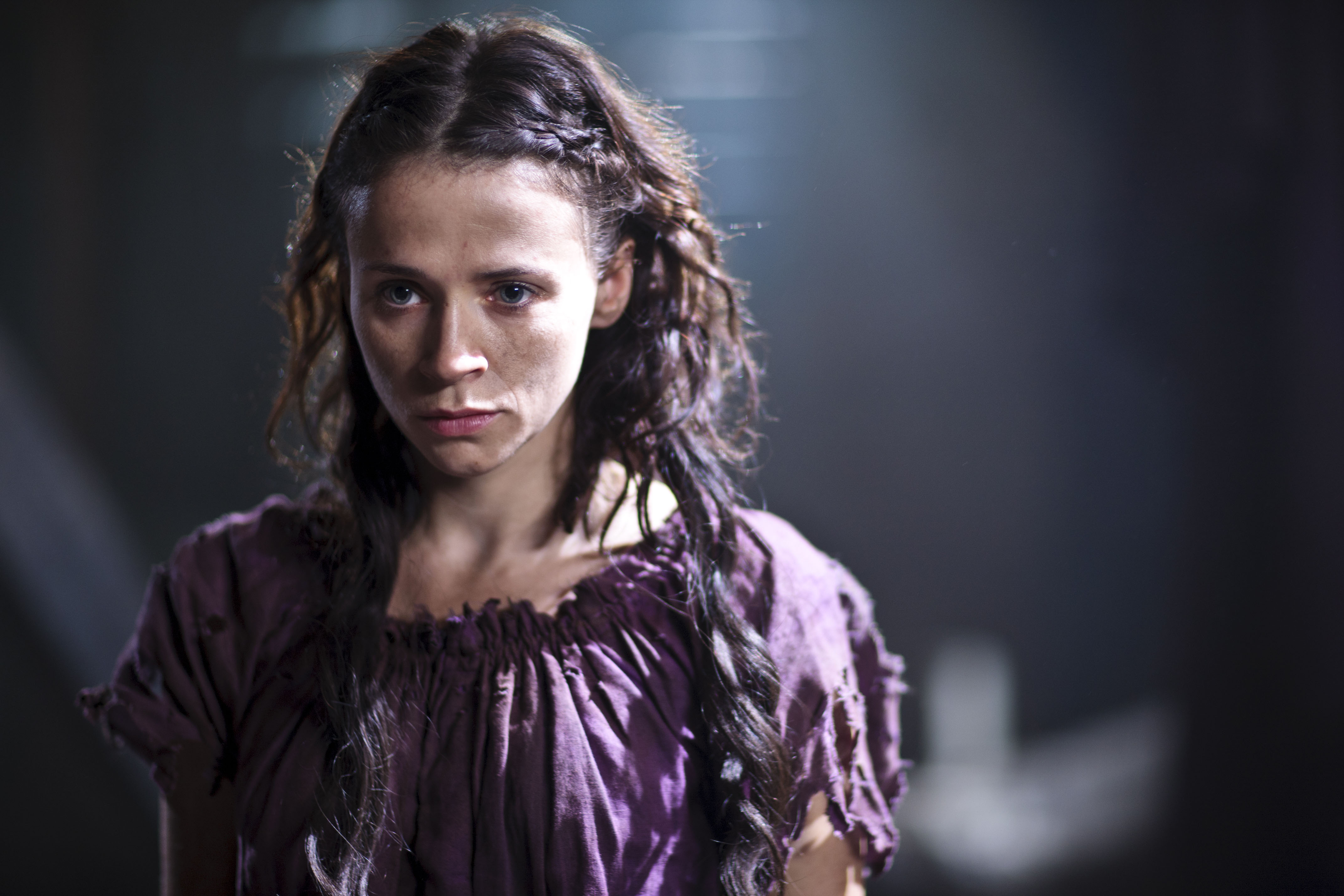 Unable to heal the villagers or achieve any improved at all, Merlin, Gwen (Angel Coulby) and the knights do not stay long at the village and head back to Camelot to consult Gaius. On the way, they encounter a gang of bandits attacking a young girl. Naturally, Gwaine leaps to action and calamity ensues as the girl is saved and the bandits defeated.

The girl is Lamia (Charlene McKenna) and very soon, strange things begin to happen as the knights fall under her spell.  She does not like Merlin, is not too keen on Gwen either, and the knights soon follow suit.  Far from the loyalty that they have shown Merlin in recent episodes, the knights are all to quick to turn on Merlin and on each other in their quest for Lamia.  First Sir Percival (Tom Hopper) then Sirs Elyan (Adetomiwa Edun), Gwaine (Eoin Macken) and Leon (Rupert Young) fall under her spell.

Little do they suspect that Lamia is not her name.  In fact, a Lamia is a creature of magic, an awful hybrid created by mingling the blood of a girl and serpent.  Her kiss is deadly as she drains the souls of men and she can kill with a single touch.

As we prepare for major revelations and developments in the final episodes of the season, there are always going to be filler episodes like “Lamia”.  I didn’t dislike this episode as such, but I disliked quite a few aspects of it.

For instance, I didn’t like the formulaic fight against the bandits in the forest. There is always a lot of mayhem and action and then a seemingly insurmountable challenge where Merlin must use his magic without anyone else noticing.

I’m also pretty tired of Agravaine (Nathaniel Parker) and his relentless sabotage.  I really feel that he should have been left out of this episode entirely as he added nothing to it and there was no logic behind his attempts to mislead Arthur in the woods.  Come on writers! We expect greater intelligence and wit from our nemeses!

Finally, I wasn’t too keen on Arthur’s excessive lack of faith in Merlin when Gaius suggests that he take his place on the visit to Longstead.  I know that sooner or later he is going to learn how powerful Merlin is and I know we need to create a juxtaposition but this is no way to speak about the most powerful wizard of all time:

Gaius:  “He has a knowledge of the healing arts. If the diagnosis is straightforward, he can prescribe a remedy, I'm sure”.
Arthur: “And what if it isn't?”
Gaius: “Then he can bring his findings to me”.
Arthur: “Findings? Merlin can't find his own backside most of the time”. 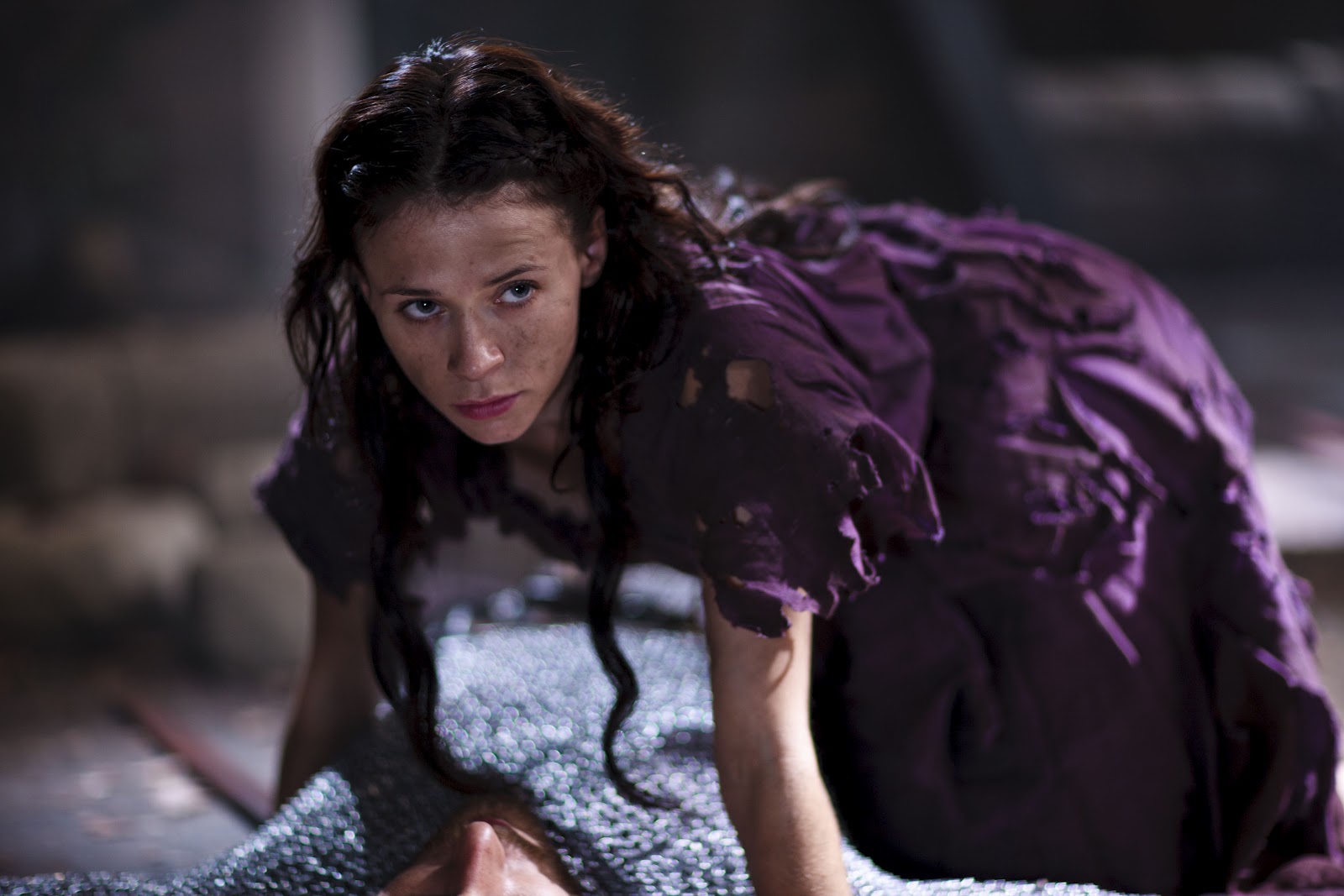 Fear not! I didn’t dislike everything about the episode.  I loved Charlene McKenna in her role as the Lamia and I would have recognised that voice anywhere.  We last saw her in Being Human last season in “The Looking Glass”.  She is such a beautiful woman and a great actress with a voice like silk.  Okay, she is not so pretty when she shows her true Lamia form.

I liked Gwen’s role in this episode and how she saves the day.  I love how she went crazy at the end of the episode.  I also enjoyed when Sir Leon and Sir Gwaine turned on each other and began sword fighting each other.

It is episodes like this that make me want to rush to the end of the season although I don’t want the season to end.  Surely we’re going to lose Agravaine or Morgana soon?  If I remember from Arthurian legend, Morgana’s end is Arthur’s own end so I guess we’re stuck with her for at least another season but surely we can lose Agravaine?

Next week we begin the countdown to the end of the season with “Lancelot du Lac”.  I can tell you now, that is not one of my favourite episodes at all but not for the same reasons that I didn’t like this episode!

Click on the photos for full resolution promo stills.